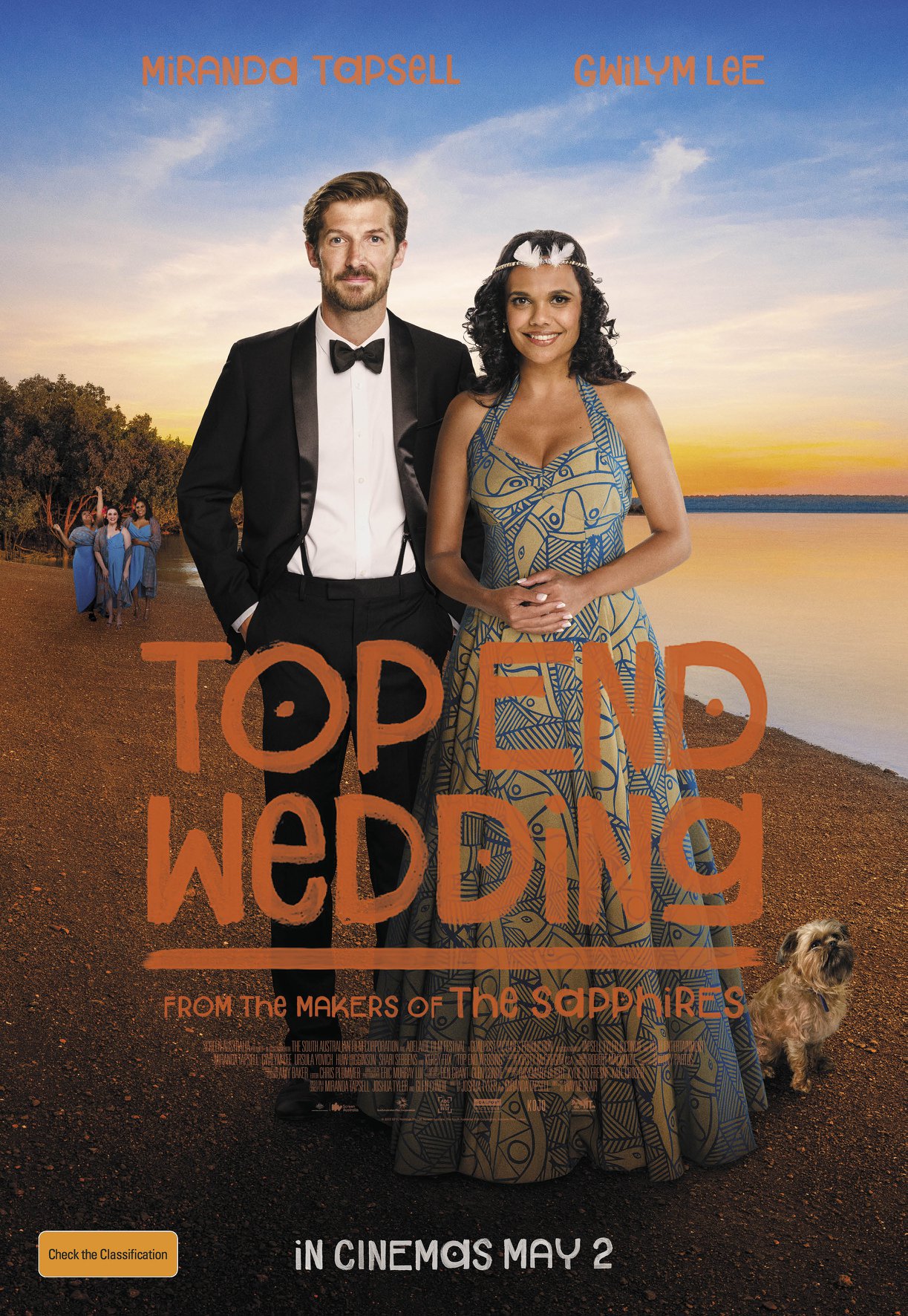 Romantic Comedies aren’t something you would generally consider Australian’s to make a movie of. There’s a strong history in telling the untold story of a true-blue Aussie battler living in some of the most beautiful and harsh terrain. But every now and then someone takes a stab at doing something different. Top End Wedding is one of those attempts.

From the Director of The Sapphires and a wealth of other Australian television shows, Wayne Blair brings the top end of Australia to the big screen. But that’s almost about where it ends. So much of the film is just complying with the funding request from Tourism NT that it ended up feeling like a very long advertising campaign.

In between these stunning and beautiful shots of the Northern Territory is a very tightly woven in storyline. Top End Wedding manages to lock down what it is that makes a Rom-Com work and checks off the list of prerequisites. A rather unoriginal idea albeit with an Australian take, Top End Wedding does redeem itself with some clever comedy possibly only Australians will understand.

Lauren (Miranda Tapsell) is a hotshot lawyer making her way to the top of her firm. Ned (Gwilym Lee) is her long-term partner who has all but given up on his career as a lawyer and quits his job. In an attempt to break the news to Lauren he proposes and happens to hold back on the no job situation.

Lauren’s boss can’t afford to let her have much time off for the wedding and gives her 10 days to organise and have the wedding. In an attempt at a quick wedding the two set off home to the Northern Territory. What they find when they arrive is Lauren’s Mum, Daffy has vanished leaving her Father, Trevor in a complete mess.

Lauren and Ned set off on a journey to Daffy’s home town to not only bring her parents back together but also reunite a family that had been separated for far too long. All the while cementing Lauren and Ned’s love for each other.

While the film does base a great deal of its character and beauty in the scenery of Northern Australia, it is the actual characters themselves that give life to this film. Each of the characters play an over exaggerated version. A father that cries in the food pantry because his wife left him. A workaholic boss who actually has a big heart. The over the top flamboyant uncle. Not to mention Lauren’s friends each playing an accentuated version of what would be expected of a country girl.

While these characters bring a great deal of comedy to the film, it also takes away any real connection to any of them. That is until Miranda Tapsell (The Sapphires, Secret City, Love Child) who plays Lauren eventually reunites with her mother and meets her extended family for the first time. There is some genuine and heartfelt connection between Tapsell and her character that emanates on the screen.

Top End Wedding has a very slow start to the film as it introduces the characters and back stories. There are some entertaining scenes as well as some good story lines. However, a great deal is filled with the promotion of the Northern Territory outback before the film kicks it up a notch once they arrive at the Tiwi Islands. Here the relationships between the characters builds and the story line finally managing a good pace.

Overall, Top End Wedding is a story you’ve heard and seen before. The classic Rom-Com story line you’ve come to know with a great Australian flavour. While a good half of the film runs a little slow, there are some laugh out loud moments alongside the picturesque Australian outback. The Australian flavour lets you laugh at some Australianisms that a foreign audience may not appreciate. And it’s that exact humour that makes this quirky little Aussie Rom-Com work in every possible way.

After the huge success of 2020’s Battle for Bikini...
Read more
Movies

Based on Michael Ausiello’s best-selling memoir, Spoiler Alert is a heart-warming,...
Read more

What a week it has been since we were...