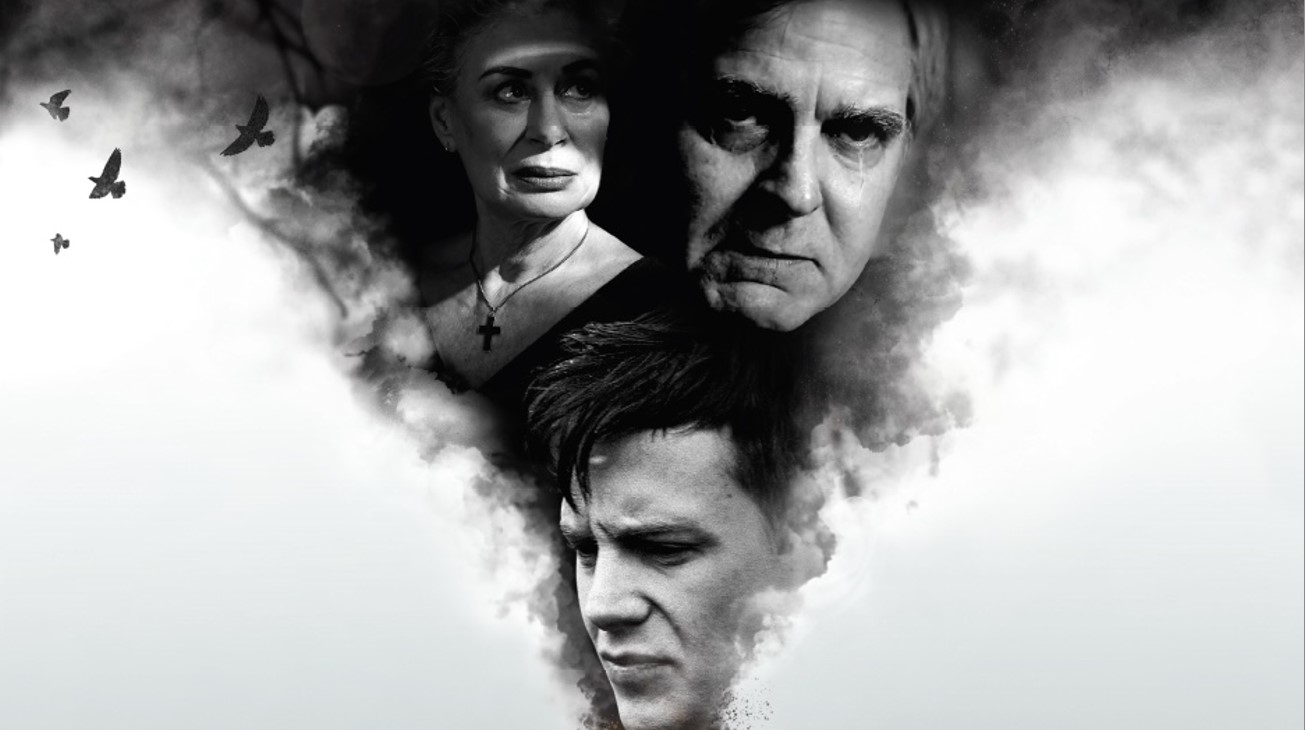 This feature film debut from writer/director Mark O’Brien (seen in Ready or Not and Marriage Story) shows that patience in storytelling and character development can be essential to packing a brutal punch for a finale like the one on display in the horror-drama The Righteous. Religious horror is something on prominent display at this year’s Fantasia Fest – and a lot of directors, including O’Brien, are getting it right with some truly disturbing and engaging tales.

The Righteous is the tale of Frederic Mason (Henry Czerny, Ready Or Not), a religious man burdened by the fact he believes God is punishing him for an unknown reason. One night, a mysterious man (Mark O’Brien) appears outside of his secluded cabin, asking for shelter. Upon taking him in, revelations come to light about Mason’s past as he and his wife, Ethel (Mimi Kuzyk) try to understand the real reason behind this stranger’s arrival.

As I stated earlier, The Righteous is a patient film. Although there are glimpses here and there of traditional horror tropes, such as hallucinatory visions or disturbing imagery, the true tension comes from the long-form conversations taking place between Mason and Aaron (the Stranger). O’Brien’s script has some genuine challenges to religious morality, which creates a great conflict to watch unfold with Mason’s character and his dilemma of his past coming back to haunt him. There is a tightness within the dialogue to that is genuinely captivating to listen to, and for a feature film script debut from O’Brien, definitely creates intrigue as to what he will come up with next, whether it’s within the horror genre or not.

A script, however, can usually only be as good as the actors reading it aloud, and that’s where The Righteous truly shines. Czerny as Mason plays the conflicted man of God incredibly well, with a reserved demeanor when he is conversing with anyone in the film, creating an unsuspecting feeling with Mason early on. And when Mason isn’t talking, the body language and facial expressions of Mason still keep you intrigued to find out what is truly behind this man’s potential façade. These feelings of uncertainty towards Mason are truly brought out upon Aaron’s arrival, and with a mysterious and emotionally confronting performance from O’Brien, the tension between these two men is palpable. Having worked together previously on the horror-comedy Ready or Not, it’s obvious on screen that these two actors are more than comfortable with each other, and bounce of each other in the more intense moments incredibly well.

O’Brien opts to show this film in black and white, and while this creates some great contrast in lighting for the more brooding moments, it doesn’t feel overly necessary to the plot. It never distract or detracts from the film itself, rather feeling like a homage to horror movies of the Golden Era that more focused on characters spiritual conflicts rather than jump scares and gore.

As the film leads to it’s climax, the pace picks up and the story becomes more of the horror you would expect in the modern day, almost feeling like a reward for staying with these characters as they have verbally collided for the 80 minutes preceding. The final 10 minutes of The Righteous is a whirl-wind, with religious imagery galore, mixed with a high-pitched strings score piercing the speakers to really throw the audience into a frenzy before the final shot culminates in to a truly apocalyptic visualization of the conversations had between Mason and Aaron. For me, The Righteous stuck the landing, and the ending is definitely a great payoff for being invested in the story leading up to it.

The Righteous is a strong feature debut from O’Brien. It’s truly different to a lot of the mainstream horror films we see today, opting to focus heavily on character and story development, rather than shocking the audience with violence and gore. If you’re fan of films of Robert Eggers or Ari Aster (who feel like genuine influences on this story) then I think this is a movie up your alley.