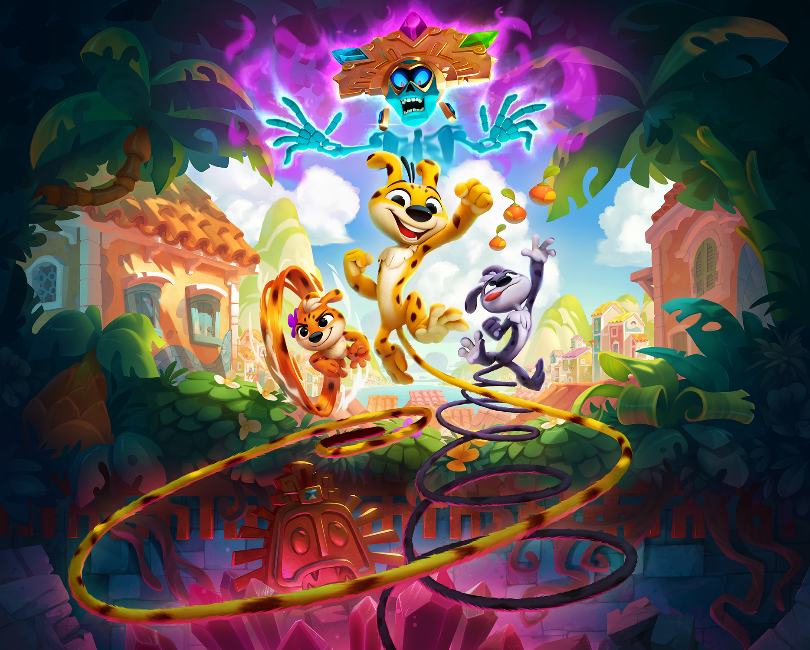 The first trailer for the upcoming November title Marsupilami Hoobadventure was released overnight at Gamescom 2021. Game Developer Microids have confirmed the upcoming platformer will see our favourite Marsupilami’s swinging through jungles, cities and temples to save the world from a mysterious ghost that has placed a ghost on all animals.

The game will release on November 16th on Nintendo Switch, Playstation 4, Xbox One and PC.

This game is inspired by the comic books rather than the Disney show from the 90’s. You can choose from three Marsupilamis including Punch, Twister and Hope with each one having a special ability. The game is clearly set at a younger audience, however a time attack mode will challenge players to finish each level as fast as they can with artwork and galleries that can be unlocked by collecting hidden feathers and visiting secret dojos.

There are two versions of the game up for pre-order

The Collector’s Edition will feature

Watch the trailer for Marsupilami Hoobadventure below and catch it on November 16th, 2021.