I Love Dragon Age: Inquisition, and I Never Want to Play it Again

Dragon Age: Inquisition was by far my favourite game of 2014. I pre-ordered it to treat myself for finishing uni, and I dove deep down into it and almost forgot to come back up for air. I treasured every second of it and wished I could experience the wonder of it all over again!

And after I finished it I realised that I’d probably never play it again.

Alright, so maybe that’s a bit extreme. Maybe one day, a year or two down the road, I’ll boot it up again. Maybe by then I’ll have forgotten what it was that I loved about the story and the atmosphere and the characters. But until then, I can’t bring myself to create a new state of this game world.

Because what I loved about Inquisition was how connected I felt to the world that I crafted, and how much I identified with my character. I embraced the relationships that Inquisitor Alana Trevelyan (I name all of my characters after myself, I don’t care if it’s narcissistic) formed with her companions, and I grew to genuinely appreciate this cast. All the choices I made—romance, rivalries, rushing to help friends—were ones I like to think I’d make myself if the situations presented themselves in real life. My playthrough of Inquisition felt so real that a second would be an imposter.

This may sound like an overreaction, a narrow-minded fondness for my character, but I haven’t always been like this. I’ve lost track of how many times I’ve played BioWare’s other games, on the hunt for all the different endings and relationships and narrative paths. I’ve never had a problem replaying Mass Effect; sure, I have one character who I consider my “real” Shepard, but I’ve still loved creating new ones to experience different sides of the story through. I’ve played through games with set characters, like The Witcher or Dishonored, multiple times, just to make sure I find everything. Hell, I replay games just to relive the thrill! But there’s no thrill for me in playing Inquisition again; the thrill was building the world the first time, just the way I wanted it. I could list all of the choices that I was passionate about, but that would take this article way over an appropriate length. The point is, I’m happy with all of my choices in Inquisition—even the ones that turned pear-shaped—because I approached them emotionally and personally, and I wouldn’t change them for the world. For me, this is the mark of a superb narrative experience.

I’m not talking about Inquisition’s narrative here. I’m the first to admit that its main storyline is lacklustre, rushed, and lacking a sense of urgency. What I’m talking about is the experience of the game. If you embrace its awe-inspiring atmosphere, its deep and lovingly constructed lore, and its complex characters, Inquisition becomes more than a standard save-the-world story; it becomes a fictional world shaped irreversibly by your interaction with it. The completeness of Inquisition’s world connected with me more personally than any other game has managed, and it made me hesitant to take part in any other state of that world.

For anyone with lingering doubts, I can assure you that I have attempted a second playthrough. I only got past the first mission before I gave up. It’s not that I didn’t find it fun the second time around, I just couldn’t accept the fact that I was going to get a different story out of it. I can watch other people play it without the same feeling of unease, I think because I recognise that I’m watching their fictional world and not mine. But I can’t bring myself to create a new world for the all the characters that I love so much. For me, the true Dragon Age: Inquisition is the story I made for myself, and nothing else.

Maybe one day I will replay Inquisition. I had some fun modelling myself as an elf mage, which may or may not help me to accept a new game state. But I guess it’s true what they say: you never forget your first love. For now, I’ll stick to my fond memories of Alana Trevelyan and the world we created. 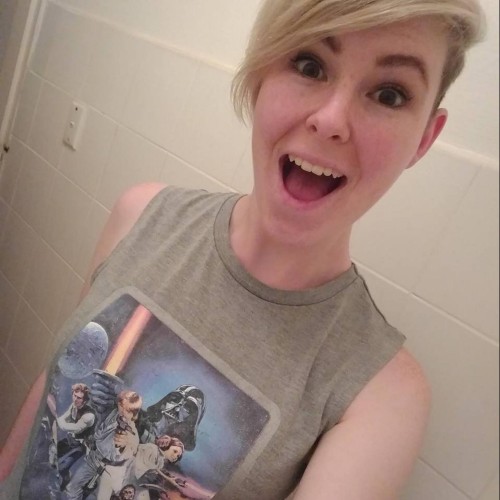