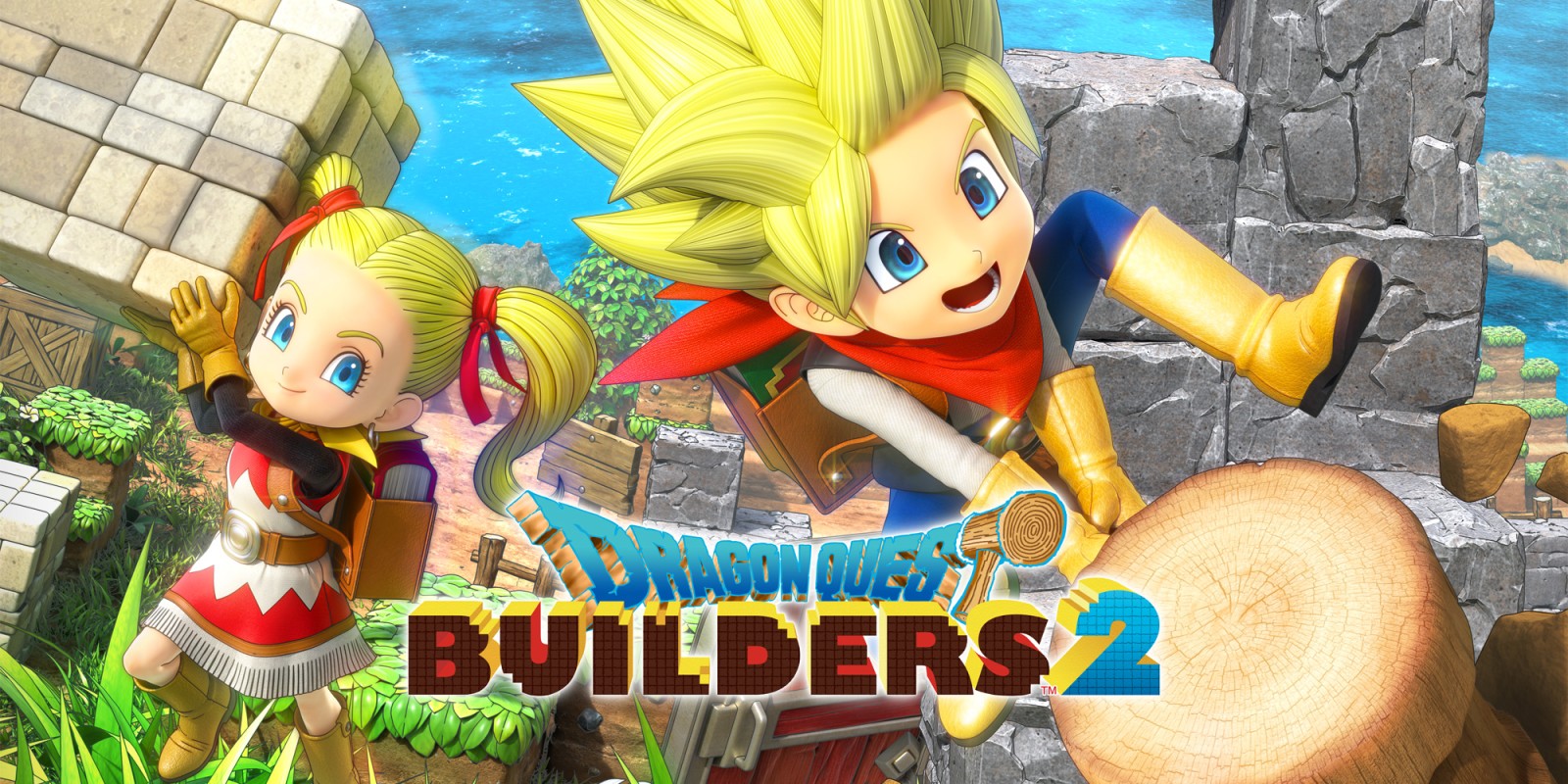 “While other games in this genre have gone on to be mammoth hits like Minecraft and Stardew Valley, Dragon Quest Builders 2 has all of these elements but the addition of a lengthy single player campaign helps it stand out from the rest.”

One of my favourite games in the last few years has been Stardew Valley. A simple farming sim that turned my life inside out and had me obsessively playing for hours losing so much time in the beautiful little town. While many clones have popped up since its released, none have really grabbed me until now. In comes Dragon Quest Builders 2 to command my every waking spare moment by incorporating farming, JRPG, building and a ton of text scrolling cut scenes. The main takeaway from this is that there wasn’t just a bunch of Dragon Quest items used in a Minecraft style game, it does have a great levelling up system, sprawling dungeons and monsters…so many monsters of different varieties and strengths it is half the fun of this game. All of this combine with beautiful 3D graphics, an epic soundtrack and tons of areas to explore across the worlds of DQB2.

You start off trapped in a ship surrounded by skeletons and supposed monsters who want you to help them. The ship crashes and the monsters are destroyed, you wash up on a deserted island with the only other survivor Lulu. While this main island is your hub to craft and make whatever you want, the game focuses on a single player campaign and takes you to the first island ready to start your mission as a builder.

The single player campaign starts off on the island of Furrowfield where a giant baboon (yes, you read it correctly) has taken over the island enforcing the inhabitants to bow to him as god. He has destroyed the soil and drove away the builders making the inhabitants completely miserable. Fortunately you arrive with your companion Astaroth who brings the muscle and you set about healing the soil and ridding the island of the Brainy Badboon who has taken over. Along the way you recruit a bunch of townspeople, a soil loving mega worm and help build a Deitree which will restore the island and keep the spoil spores away. It is a surprising long campaign that is pretty much essential to building your own island as you unlock items and craftables by playing the main story.

This is the main point of difference between DQB2 and something like Minecraft or Stardew Valley. There is a succinct feeling of community and that the game leans heavily on the JRPG element rather than the building side of things. This is what I really enjoy about this game, I still get the farming and building elements but they combine with a single player story that dives deep into each island, its history and inhabitants. While the characters are fairly surface level, it is the story that shines through here. Learning the history of each island and how everything worked together to be prosperous and what has changed to make things worse. Helping the inhabitants and restoring each island is a huge part of the campaign with your main character designing blueprints to add new buildings, rooms and additions to each settlement rewards exploration.

Why did I love this game so much? It’s so hard to put one point on it. The fleshed out story with a rich backstory and history in each area took me by surprise. While the characters weren’t too in depth, the story did enough to fill in this gap. The graphics are beautiful, I am not one for blocky graphics, but there is a lot of detail and colour and the variety of different islands offering different backdrops and colour palettes looked incredible in both docked and handheld on the Nintendo Switch.

The campaign is long, so much longer than I thought was possible in a game of this calibre, and while I enjoyed every minute, the blank slate of your island being able to travel back and create virtually anything I want is where I am headed next. I have dabbled a little bit to make a river, a meadow and forest and now have the ability and items to do whatever I want. It takes a lot for me to buy a season pass but due to the quality of this game and how much I have played it over the last 2 weeks, I have dived into it and can’t wait for the bonus content.

This is the first Dragon Quest themed game I have ever played so I can’t compare it to the previous title or the mainstream line of games apart from saying is this is indicative of the quality of the story and characters then I am all in. I have never seen the “battery low” alert so much on my Switch as I have with this game and it plays like a dream when docked with the pro controller.

The multiplayer component is a weird kettle of fish. You can make your island go live online and invite friends to visit. You can also visit other islands from other creators and explore. While this is great and lets you explore and be inspired by other creators, you cannot co-op in the single player missions which was a bit of a let down. When visiting really detailed and intricate creations the frame rate did drop quite a bit this is also dependent on your internet connection.

Dragon Quest Builders 2 is the surprise of 2019 for me. It has beautiful graphics, a layered story and history that doesn’t require any prior knowledge of the franchise to follow or enjoy. While other games in this genre have gone on to be mammoth hits like Minecraft and Stardew Valley, Dragon Quest Builders 2 has all of these elements but the addition of a lengthy single player campaign helps it stand out from the rest. If you are not a fan of campaigns and just want an open world blocky game this may not be the one for you, you do need to finish the main story to unlock all of the recipes and items needed to really get stuck into it. If that wasn’t enough to sell you, you get a dog on the first island and yes, you can pat it.