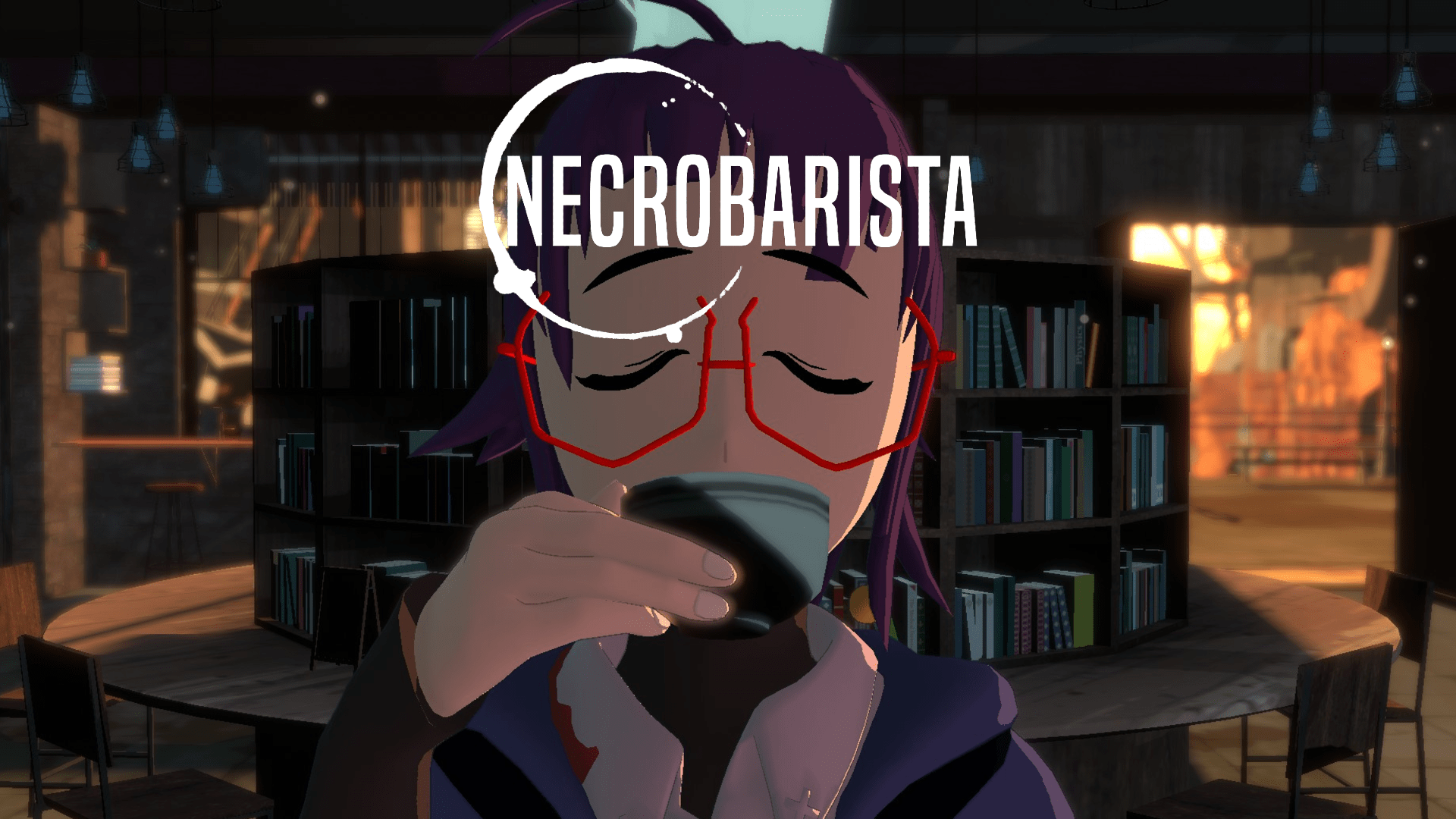 Ahh Melbourne. I have currently been living here, nearly 2 years now and the one thing I have picked up on as a migrant is the sheer amount of coffee that Melbournians consume. When I say that there are coffee shops, cafes and coffee roasters crammed in across the state. They really do take their coffee very seriously. It is no surprise that coffee is at the heart of Route 59’s visual novel game that has won my heart with its detailed graphics, unique take on Australian and Melbournian life and each character who has been lovingly created both physically and full of personality that fuels your motivation to keep playing through their quirks and charms. The game has a unique visual art style that combines with beautiful animations.

The central part of the story is the Terminal, a cafe/bar that acts a halfway point between the living and the dead. To be clear the game is definitely a visual novel, there is no choice, there are no voices. The main story is a click through campaign that is divided into chapters. In between chapters you can explore the cafe and its floors and you need to select certain items to unlock side stories, this is completely optional it is not required to progress the main story forward. You do need to select certain phrases to unlock items to unlock these side stories. It sounds unnecessarily complicated, it definitely is and while it was frustrating to figure out at the start, it eases up the more you get into the game and you start to wrap your head around it.

Focusing a story around death, regret and frustration around overly complicated coffee orders (some of the most entertaining parts of the game!) can really only be done by masterful storytellers, which is the realm we are in here. As the different characters move in and out of the cafe telling the stories, regrets and fears about their existence, this intertwines with the 3D art rendering that really is the lifeblood of the game. A huge white glowing tree is set in the middle of the cafe and is a reflection of the branches of each story and side missions you can jump into.

The cafe owner Maddy forms one third of the central part of the story. Her curmudgeon ways and attitude towards people and “customer service” is very reflective of baristas, particularly in Melbourne. They nailed this part of her personality perfectly. That’s not to say that there isn’t more to her. She does have layers to her as the story unfolds. Working with her is the old owner of The Terminal, Chay. He also happens to be a Necromancer, he is definitely the counter to Maddy and stays around to help her out. Then there’s Ashley. An extremely excitable teenager who builds robots. The three all have a family vibe without being directly related (or so we are told) and they way they interact is an integral part of what makes this so intriguing.

Necrobarista is an absolute delight. From its in-depth and intriguing characters that weave with a story that you will want to explore the side memories to find out more. By injecting much of the dialogue with a really distinctive Aussie sense of humour, it allows for local audiences to relate to the characters and the setting. While the interactivity is limited with this game, it was a nice change of pace to sit back and enter another dimension and be told a story that I won’t soon forget.

Necrobarista is available on Steam and GOG.