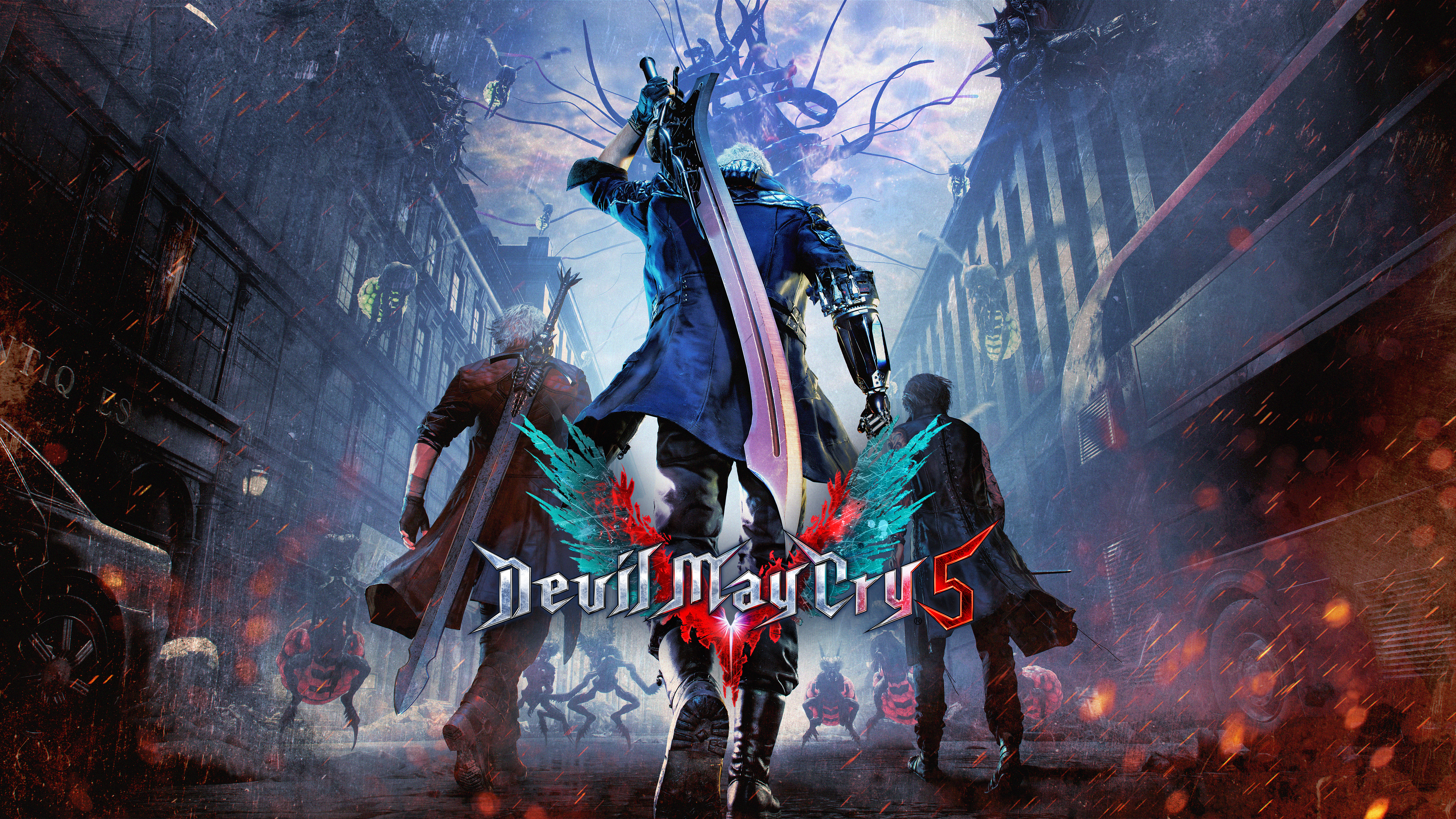 Devil May Cry 5 is the latest instalment in the series that combines insane gameplay, bloody graphics and a great story. By utilising two previous characters Dante and Nero playing in tandem as well as introducing new character V, who is able to summon creatures that offer a different playing style for this franchise. This iteration goes leaps and bounds ahead of the previous entry by seemingly combining the fun of being able to use a gun and a sword to mix up gameplay, this time around Nero has changeable arms which allow for a variety of different blasters that really keep things entertaining. Story wise it is a continuation of the last game and while it has been a while, there is a great little reminder of what happened previously just in case you need a refresher.

This time around the game starts off at the epic finale and clocks it back a few months to go through a series of different missions to explore how to get to the final fight. Dante takes the brunt of the fight and lets Nero and V escape the demon king Urizen. You play as all 3 characters, constantly mixing up the store, timeline and gameplay to explore how the three unite in the final fight.

Combat is the main aim of this game, with a combination of weapon types switching between guns, swords and depending on your character you can use hand blasters and switch them up with different abilities on Nero, assign a panther, eagle or monster to attack your enemies. There are a ton of different upgrades and abilities to collect as you collect red blood orbs and different coloured crystals which will all help unlock more skills and abilities. Chaining together your attacks and skills is scored each time you enter into a fight and depending on the score you get, extra skill points are added for Stylish fighting.

Graphically this game is breathtaking and is a massive step forward from the previous version. The cut scenes are hyper photo realistic and the level of love and effort that has been put into them really shows. Similarly the gameplay itself is outstanding, regrettably there were a few issues with lag and some significant frame rate drops during intense gameplay. Similarly the camera sometimes gets stuck and makes it really hard to see and control in certain areas of the game. While this is a minor niggle, it really is the only complaint about this game.

While the previous games have quite a reputation for being difficult, this one feels a bit easier. Even on the harder difficulty, the lack of puzzles this time around and the introduction of being able to use gold or red orbs to revive you after you have been killed is a great way for game progression, but it can take the edge off the difficulty that previous titles did have. While the puzzles have been removed, the addition of colossal enemies do prove to be quite challenging. Each one has its own unique style and needs a variety of different moves and mechanics to defeat it.

There is so much to this game that you will want to keep exploring and finding different ways to mix up your fighting mechanics to get the Stylish bonus point. In this way there is a ton of deployability offered in this title and the story definitely warrants a second play through (something that I am currently doing!) The graphics are a significant upgrade from the previous title and this is reflected in the cut scenes as well as gameplay. Having three different characters and styles does help the story along and offers something fresh to the series. While there is a little stutter here and there with frame rates and camera angles, this game is still a crown in the Devil May Cry series. While it may not be my favourite, it does do a damn good job of moving the series along. Hopefully we won’t have to wait 8 years for the next instalment.

Devil May Cry 5 is available now on PS4, Xbox One and PC.

Like Loading...
Newsletter Signup
In this article:2019, capcom game review, devil may cry 5, dmc 5, game reviews, gaming
Up Next: