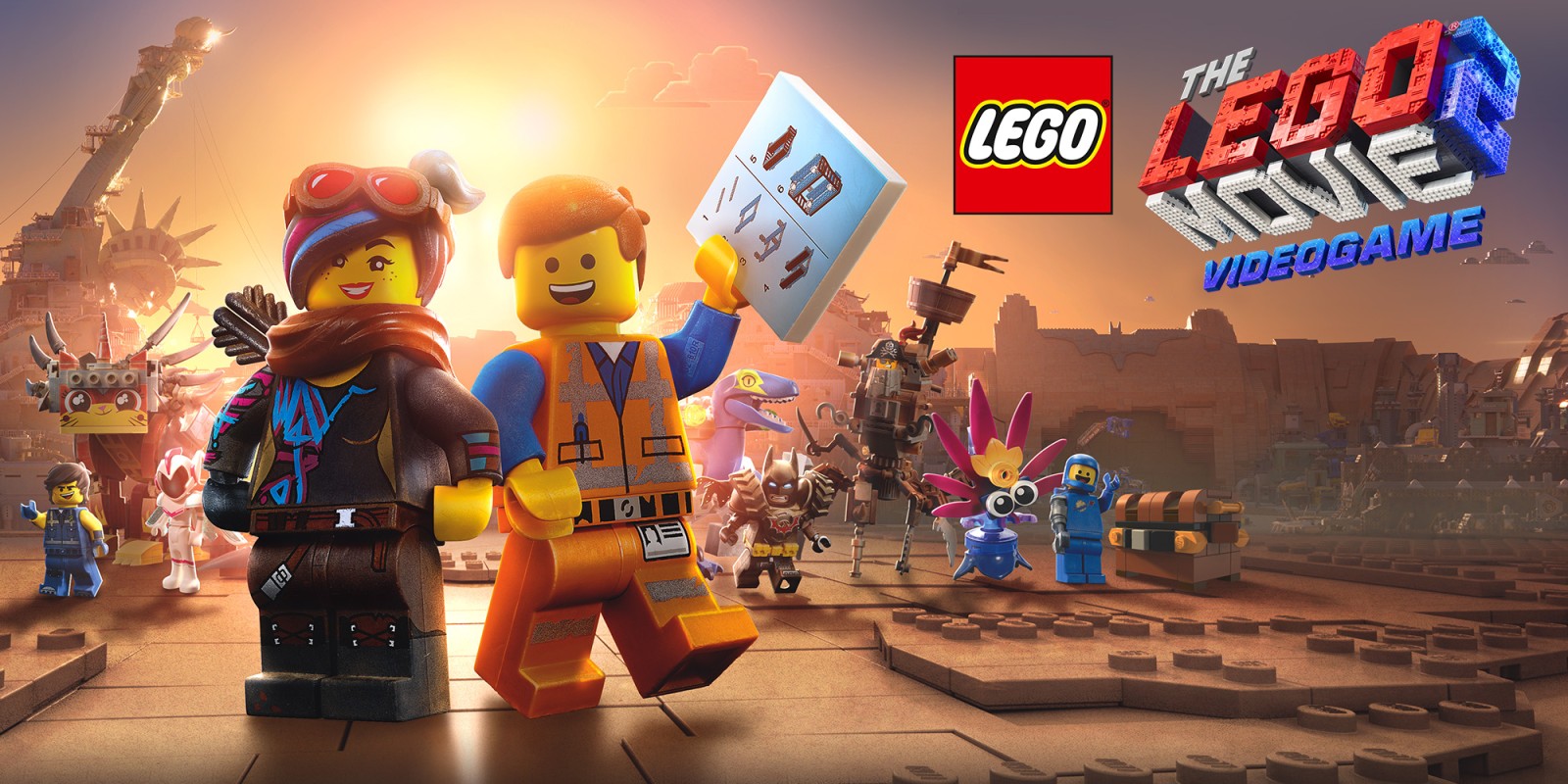 Everything is MORE awesome in The Lego Movie 2 game, as the usual formula of replaying events from the source material in amusing lego form is completely flipped on its head and a new adventure awaits with the characters we have come to know and love from the first two films. Instead of the usual brick bashing, character collecting and containted environments, the designers have opened it up to a more open world adventure that feels a lot like the Lego Worlds game, however this time there is more refinement and an interesting story that seems to run adjacent to the movie that encourages exploration and creation that completely capture the spirit of the film.

Using a spaceship as the main method of transport, you fly around differenty planets and solar systems inspired by both films. A long the way you help the local inhabitants and collect purple glittery mega bricks (similar to the ones from Lego Dimensions) to unlock items, characters and more worlds to explore. It isn’t so easy to unlock characters as it has been in previous games and the re dand yellow brick system has been removed. You do still accumulate different coloured bricks that will allow you to unlock characters and items as well as abilities. These can be collected from different bricks around the worlds as well as purchased in packs from stores on every planet. While in previous Lego titles it can be tiresome to find enough lego studs to purchase upgrades, this never felt like a problem in this game (and this is a completely positive thing!) I wasn’t relying on the stud multipliyer to access some great content.

Travelling to Syspocalypstar, it is a totally sandbox environment in which you can utilise all of the items you have accumulated over the game and decorate to your hearts content. This is where the creation part of the game comes in. It is quite a large planet and is a great way to keep the gameplay going after the story and side missions have been completed. There is some free and paid DLC coming and while nothing has been confirmed, it looks like we can keep playing this game in tandem with new content for Lego DC Super Villains.

The voice acting is well honestly not even remarkably close to the fantastic artisty that is displayed in the movie, it is a fresh take on the characters. The shock of the adjustment in gameplay at the start is a little jarring and did take some getting used to, particularly it has been a few years since the previous Lego movie game release. Another part of the appeal of this game is just how Lego this looks. Now stick with me, this does sound odd for a Lego game, but it really feels like extra care has been given to the Lego movie titles to look more constructed from Lego pieces to create and fill the world. This game does look spectacular (reviewed on the Nintendo Switch) and while there are painfully long loading times, there were no noticeable bugs or lags once the levels and worlds were loaded.

The Lego Movie 2 Game is another great addition in the Lego game canon and offers a fresh and invigorating new perspective on the formula that seems to get refreshed every couple of years. Combining the great gameplay mechanics esablished in Lego Worlds and moving everything up scale with great graphics have resulted in one of the most addictive Lego experiences to date. Fortunately while the PS4, Xbox One and PC versions are all in tact, it is the move of the game to the Nintendo Switch and the ability to play in both handheld and docked mode that really make this the best version of this game. It is incredibly fun in short bursts on the go as well as big creation sessions docked on the big screen.

The Lego Movie 2 Game is another solid entry in the gaming franchise and is available now on PS4, Xbox One, PC and Nintendo Switch.