Avengers 4: What We Know

With the Fantastic Four movie fast approaching, there are mixed feelings. After all, the FF have not exactly been the fantastic in comic storylines. Robinson (Blackest Night: Superman, Blackest Night: JSA) manages to tell a lucid tale that touches on previous events and forces the team to justice.

The most recent run of world’s first ever super powered family starts with Sue, the Invisible Woman, writing a letter to her daughter Valeria who now resides in Latveria with Dr Doom. It’s shocking even for those who have kept up with the Fantastic family, but comes as a conclusion of 2011’s topsy-turvy storyline. It’s a successful build to a mystery. Things are apparently far from fantastic and the following issues are a recounting of events. The arc ends with a court trial full of nostalgic pages recounting the team’s most iconic encounters.

The reptilian Fin Fang Foom rampages New York akin to Godzilla only to be thwarted by the Fantastic Four complete with Reed armed with one of his trademark superfluous gizmos. The FF are noticeably more in line with the Marvel world as they have to report to S.H.I.E.L.D. to ensure everything’s in order.

The typical FF storyline of someone losing their powers makes a recurrence even in this latest iteration. This time it’s Johnny Storm who tries to cool the bad news by focusing on his music career. Otherwise, the team is bigger than ever with the kids in the Future Foundation and their nanny, Dragon Man breaking the pace of the action.

The green and purple, crowbar-wielding villain, the Wrecker comes to town. He’s not exactly Dr Doom or Magneto, but he brought the wrecking crew with him (Bulldozer and Thunderball) along with a special addition to sum up into a four person team and pick up the action. The four of them received power improvements which made them look reputable in spite of their ridiculous schtick.

This comic’s full of cameos including Captain America, Namor, Nick Fury, and even the substitute FF – the oddball grouping of Scott Lang, She-Hulk, and the pink-haired Ms Thing – who had been prepped up to be Fantastic Four replacements when the original team journeyed into space.

The art is typical of modern day comics. Characters look clean with shadows providing a bit more detail. Blasts are coloured with a fluorescent effect. The biggest treat for the artwork is part five’s recounting of events with each flashback drawn in line with the times.

Part one has a wonderful splash of The Thing rising into Fin Fang Foom with the words “CLOBBERIN’ TIME” slammed across the middle. Spreads are likely per issue for the typical application of extending the sequence of horizontal panels. Scenes include the Future Foundation toured underwater by their guide Namor, and the Wrecker splitting the ground, flinging The Thing and Johnny off it.

If the movie proves to be a fantastic bust, The Fall of the Fantastic Four shows there’s at least potential for a TV series – the children, the cameos, the cartoony villains – it’s ripe for a familial action comedy. The team of Robinson and Kirk succeed by further integrating the family into the politics of the Marvel community and boosting villains who could have easily been dismissed without a second thought. Characters at times exhibit their 60’s Hannah-Barbera charm and the well-sequenced action scenes are just plain fun. It’s not fantastic, but it’s getting there.

The Fantastic Four: A Hit Or Miss? 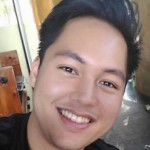