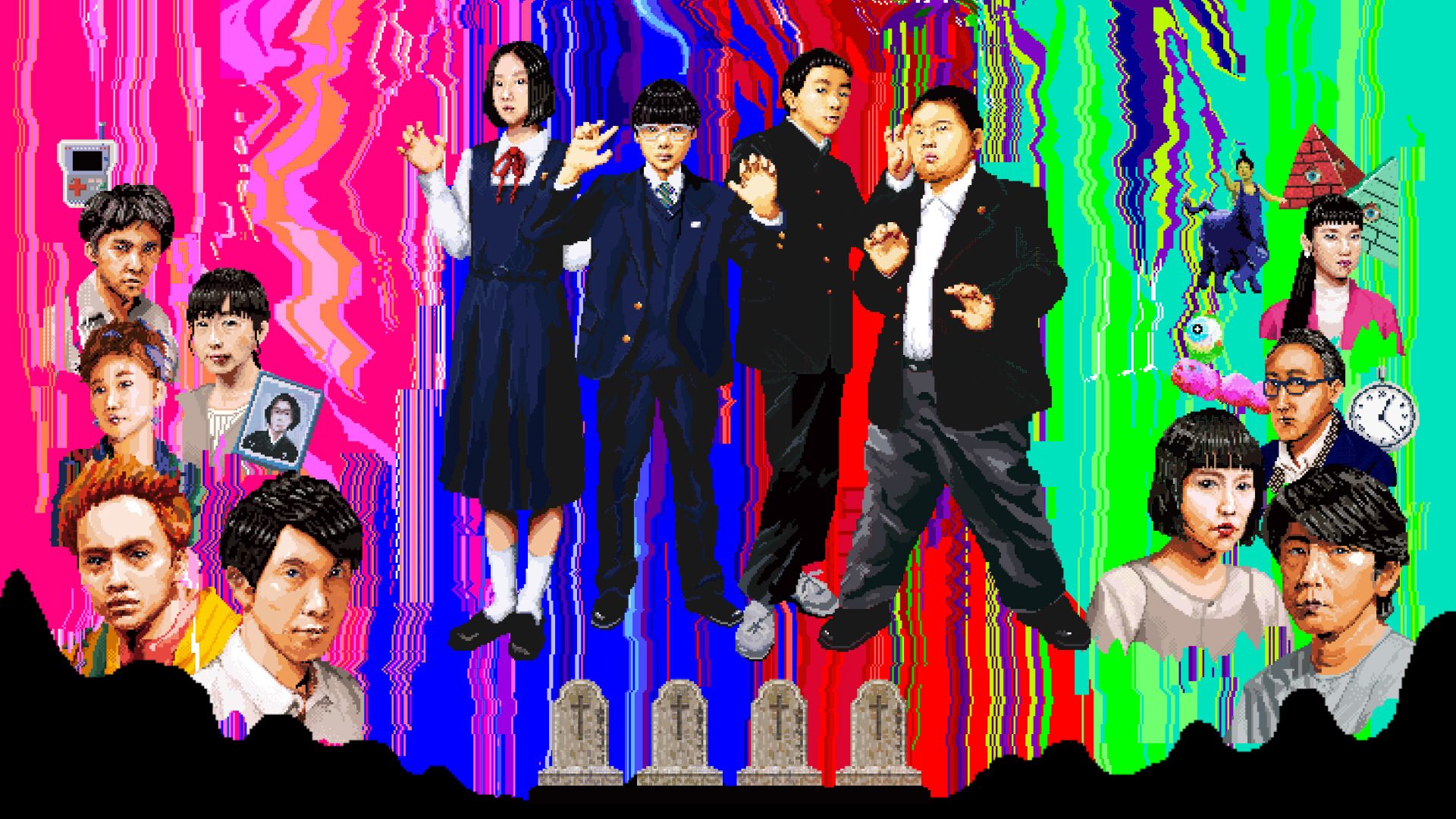 Director Makoto Nagahisa takes us on a complete trip through a pop/punk band blended with retro video game nostalgia and mixes it all with furious colours, broken characters and a wicked sense of humour making We Are Little Zombies a highlight of this years Melbourne International Film Festival.

Four teenagers led by Hikari (Keita Ninomiya) Ishi (Satoshi Mizuno), Takemura (Mondo Okumura) and Ikuko (Sena Nakajima) all meet at at their parents funerals, all who have died from a variety of ominous deaths. As the film takes some time to explore each one’s backstory, the four then decide to do what rebellious teens do and form a band. The bands name and hit title song “We Are Little Zombies” is a 90’s retro emo earworm that will be stuck in your head for days! The story then follows their rise to fame and the pitfalls of celebrity and social media.

The snappy editing that mix music with text, sound effects at an extremely rapid pace go hand in with hand with the brilliant direction from Makoto Nagahisa. There is a bright colour palette that bashes against the black and white tone when things get serious. Nagahisa knows how to keep the tone balanced without ever letting any outstay its welcome. There is plenty of room given for dark humour that also whips around to a more serious dramatic tone when needed. Keeping it retro grade, each act is set out in levels based around a zombie game that Hikari is playing on his retro style game boy. A lot of this is built into the 16 bit Sega/Nintendo inspired soundtrack that chops between each chapter.

The film does drag on a bit, clocking in at just over 2 hours, there is a point where it probably should have finished and be warned there are some fake out endings, but do not get out of your seats. The movie probably could have ended at these points without sacrificing too much. There is an extended underwater sequence that feels odd and a little bit too much.

That being said there is something to be said for the quality of this film. Being able to juggle four stories successfully and intertwine them into two more under any other director would have completely fallen apart. A stellar original soundtrack and score elevate the film to dizzying heights and combined with outstanding performances from its four leads, delivers one of the highlights of the Melbourne International Film Festival.