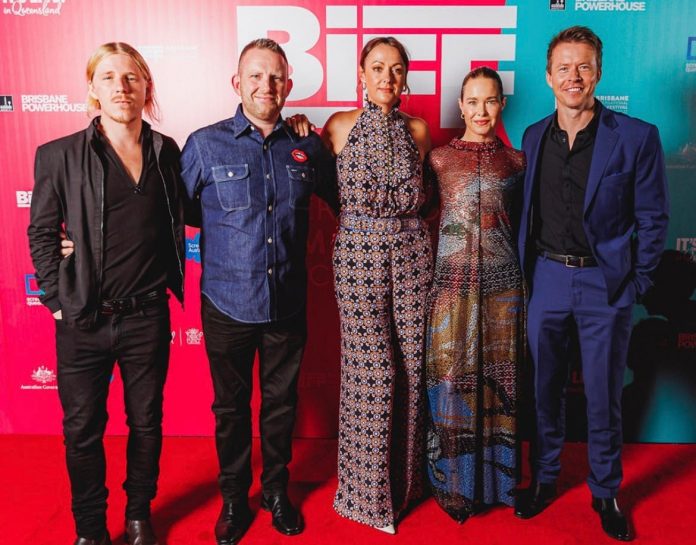 The Dolly Parton centric film follows Red (Krew Boylan, who also serves as the films writer), who quits her job as a realtor when she stumbles upon the world of celebrity impressionists. Under the guidance of tour managers Teeth (Celeste Barber) and Wilson (Bobby Canavale), Red leaves her life behind, dons the blonde wig and sock-stuffed bra for a new ‘9-5’ – leading her into the eyes and heart of the tour’s main act, Kenny (Daniel Webber) – a Kenny Rogers impersonator.

Alongside Peter Gray from The AU Review, we were lucky enough to chat with both Krew Boylan and Daniel Webber on the red carpet about all things Dolly and Seriously Red. 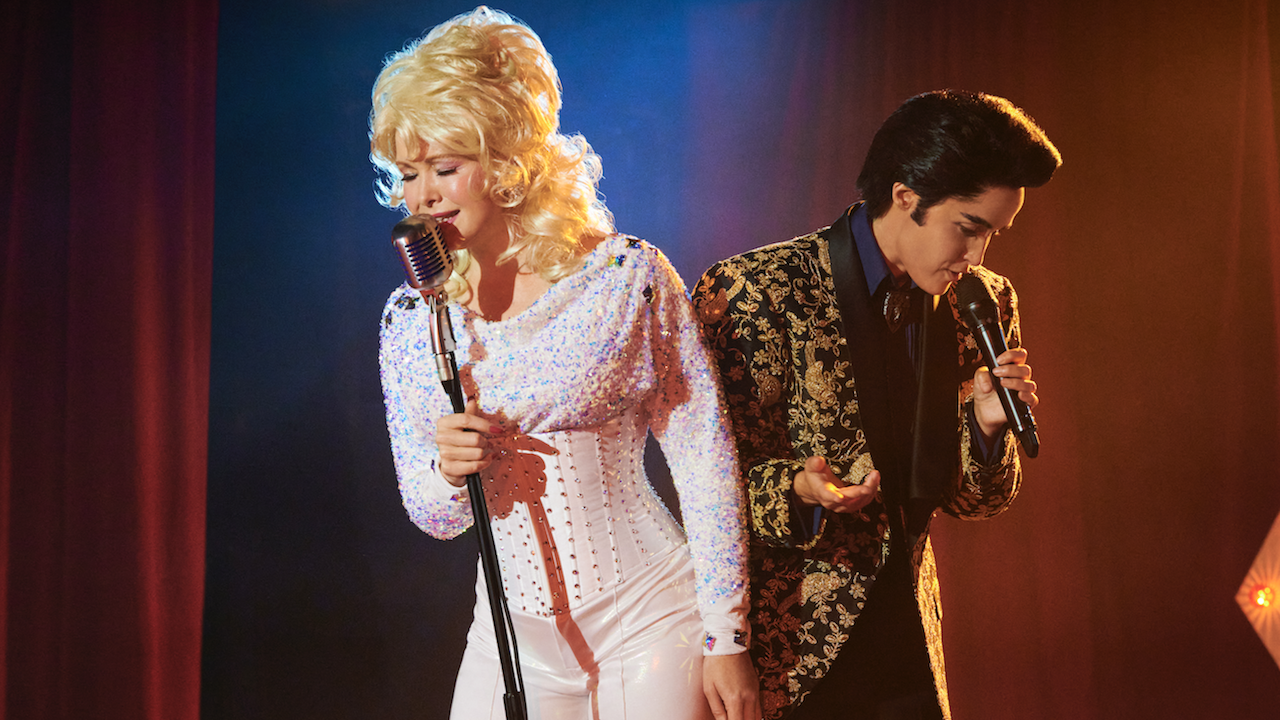 Peter Gray: Have you seen a difference in Australian and American audiences reacting to the film?

Krew Boylan: It was so heart-warming being in American and hearing everyone laugh. I love that they were finding joy in it. Then when it was in the Sydney Film Festival, and as a writer and as a proud Australian, I had a little internal tear. It resonated so well with the audience, and at the Melbourne Film Festival, everyone was stomping their feet to the music. It was a really fun experience.

Peter Gray: Has there been great reactions to [spoiler]?

Krew Boylan: Oh my gosh! I’ve only ever been star struck twice in my life! Once was with Sally Field and the other was with [spoiler]! 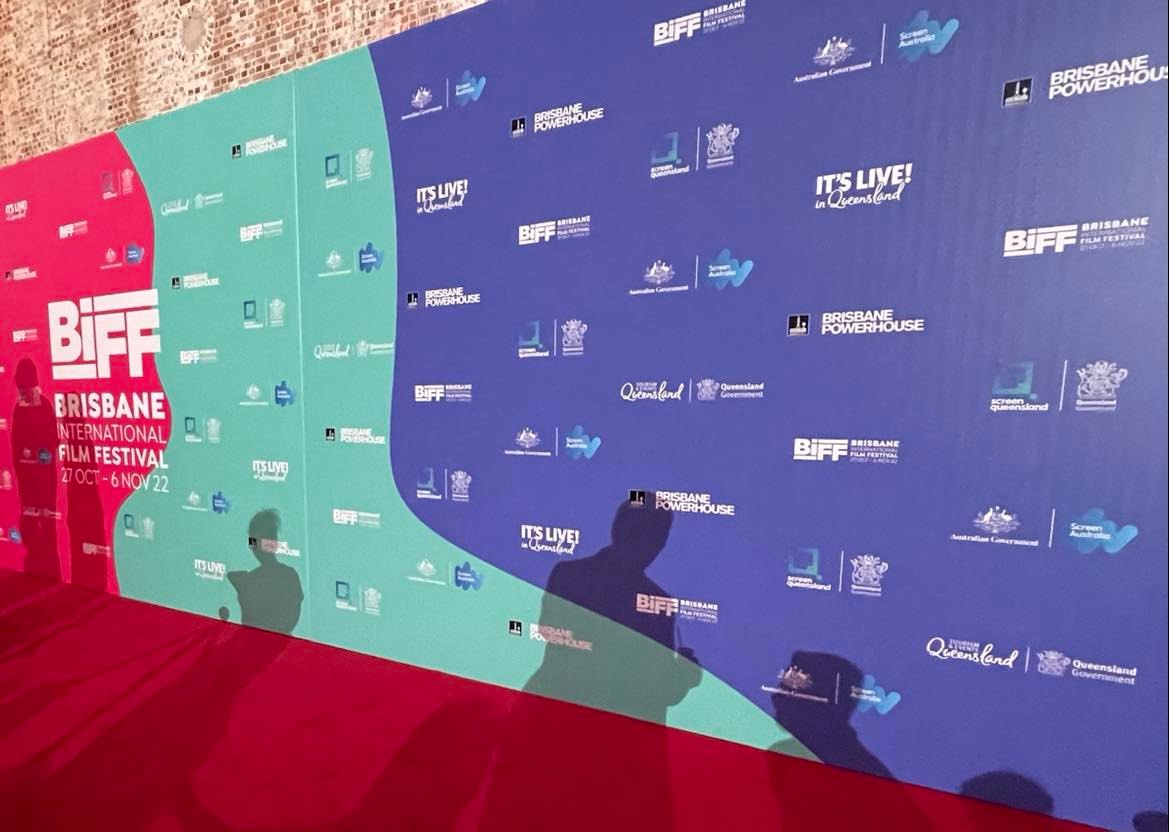 Nick: Daniel, the first time I spoke to you was at the Danger Close premiere a few years back on the Gold Coast! And I’m sure most of the fun with acting is being able to play different characters in different genres – so, I’m curious to know whether any of your previous roles helped you tap into Kenny for this film?

Daniel Webber: You know, I think doing the Motley Crue movie [The Dirt] is a pretty obvious one. It’s just getting up on stage and singing. The performance aspect is big! And getting use to the outrageous costumes! That was definitely a good base for me to start playing around with. Otherwise, I think I would’ve been terrified. I mean, I was terrified, but it’s so much more fun in this. It’s perfect for that Australian sense of humour.

Peter Gray: Did you feel any pressure playing someone that so many people impersonate?

Daniel Webber: Oh, 100%! Even more so in fact when he’s as iconic as he is. The big bushy beard that was beautifully kept – that’s the Kenny everybody remembers. And we weren’t really doing that Kenny. We found a nice medium for Kenny at like, 30 years old, when he was playing in other bands and a little bit more ‘hippy’. That more youthful version of him. So, in the end, it didn’t feel too out of place.

But the top 1% of people who do this job, it’s their life. They get flown around the world and paid huge money to perform! And they continually reinvent their shows, their performances. They’re phenomenally talented. We’ve got Australia’s best Freddy Mercury and Elton John over here. They were doing shows when we were filming, and they had billboards all throughout Queensland to sell their shows. I didn’t even know you could do this professionally before that! This is a lifestyle, and what’s cool about this culture is that it doesn’t even matter if you look like Elvis Presley. You could be a whole different ethnicity, because it’s all about how you embody that person, that swagger, that attitude. And obviously, singing in tune! But it’s the self-belief  that they have that really brings them to life.

Thank you so much to Krew and Daniel for their time on the red carpet! BIFF has only just begun – head to www.biff.com.au to find the full program and buy your tickets now!