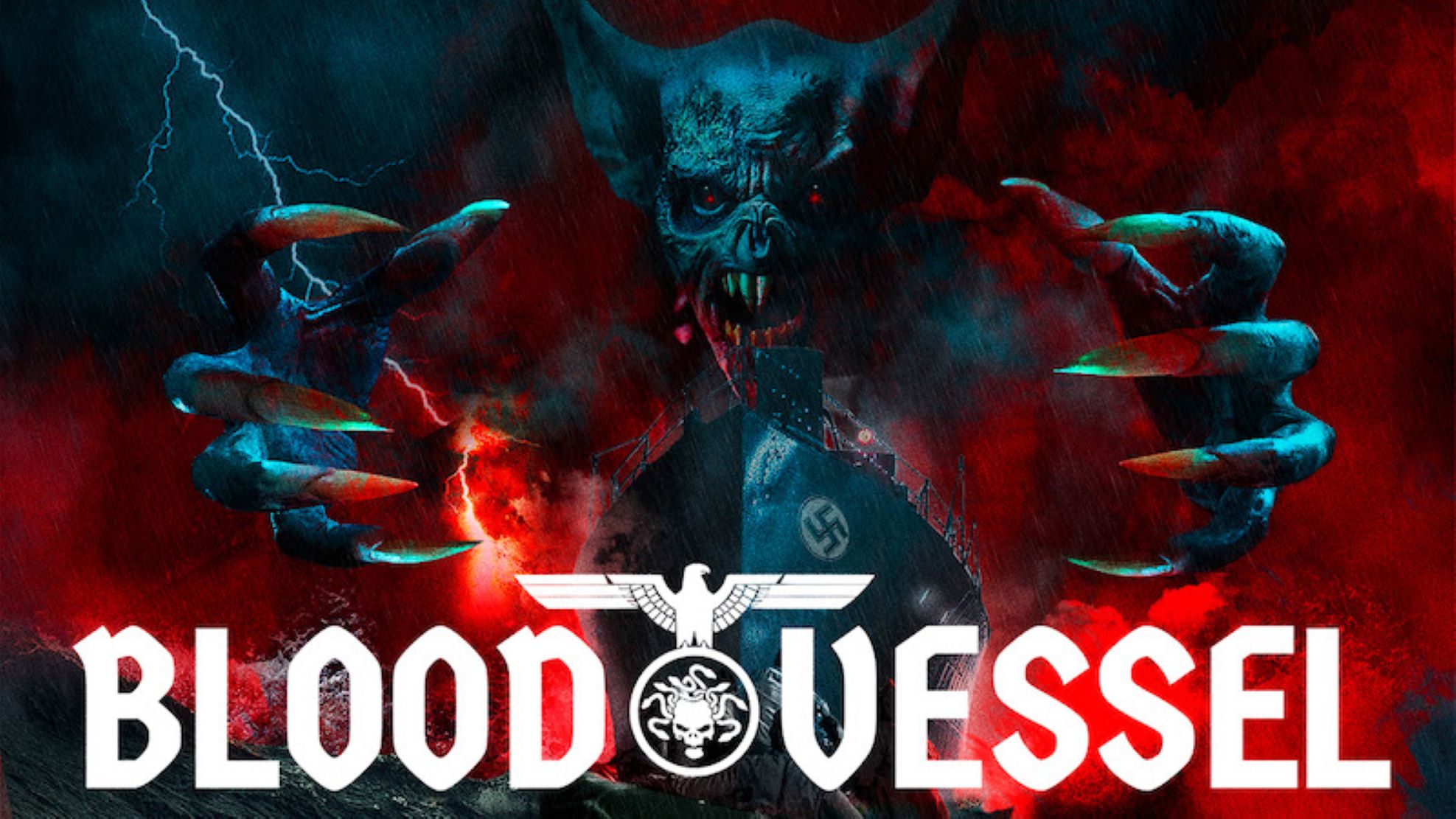 In late 1945, a life raft floats adrift at sea with the survivors of a destroyed hospital ship that was attacked by Nazi forces. After days at sea, the life raft crosses paths with a seemingly abandoned German minesweeper boat and the survivors take the opportunity to climb aboard for a last chance at survival. While at first the belief is that they are alone, the unravelling of a much darker mystery as to why the boat seems abandoned puts them in more danger.

Blood Vessel is an Australia born-and-bred horror production from co-writer/director Justin Dix. Dix initially made his name in the film industry with his practical effects work on some high-profile films and TV shows. Whether it’s as a droid technician on Star Wars episodes 2 and 3, or the prosthetics supervisor on fellow Aussie horror flick The Babadook or the Amazon series Hunters (which also has an alternate take on World War II and the Nazi’s), Dix has an eclectic collection of work in his wheelhouse. His second time in the directors’ chair sees him follow in the horror footsteps with a B-grade schlock-fest that suffers from a premise that’s significantly more interesting than the movie itself.

It’s obvious within the first 15 minutes that Dix is deliberately going for the feel of a cheap 80s horror. In saying that, the actual look of the movie doesn’t leave a desire for more production wise. Being predominately set on a dimly lit and claustrophobic boat, it’s allowed Dix to create an unsettling atmosphere without having to rely on huge sets and CGI effects, something that he has executed well.

Dix’s previous work in prosthetics is then on show later in the film during the third act reveal of what else is on the boat with the survivors. While it’s minimal early on, the body horror and gore aspects of the film are quite good despite the low budget. Without spoiling too much, the “creatures” that are also on board are all created with practical effects and prosthetics that undoubtedly fit the tone of the film. It’s not going to win any Oscar’s for makeup but watching this movie with the awareness that this is a B-grade horror, the creature design and effects work well.

Unfortunately, the script and story feel paper thin. Blood Vessel is stretched out over 90 minutes of film that ebbs and flows too much with its pacing, unable to guarantee that viewers will remain interested in the film for its entire runtime. The primary issue is that it takes too long for things to start happening once the characters board the minesweeper. Any feeling intrigue or tension that initially grew fades quick when the story turns more into an investigative drama, with our characters having to slowly uncover the mystery of why the ship is abandoned. While the pay off with what is revealed could be an exciting element for some audiences, the slow pace that it takes to get there is a major fault and may not feel worth the wait.

Along with the slow pace, the addition of characters who feel one-dimensional doesn’t help with keeping interested in their investigation. The cast, which is included famed Aussie Nathan Phillips (Wolf Creek, These Final Hours), features predominately Australian actors who are trying their best to elevate the thin material given, but unfortunately some of the performances do fall quite flat. Ultimately, the story and the actors take the source material too seriously. This mix and match of absurd horror premise with a story and performances that are stale and serious doesn’t bode well for a viewing experience.

Utilising a predominately Australian crew and cast, it’s a great feeling knowing that Aussie artists were given the chance to tackle an abstract premise not normally seen coming out of the Australia film industry. It’s just unfortunate that the film itself, even when it leans into its B-grade nature, takes itself way too seriously and doesn’t hit the landing for an enjoyable “so-bad-it’s-good” movie.