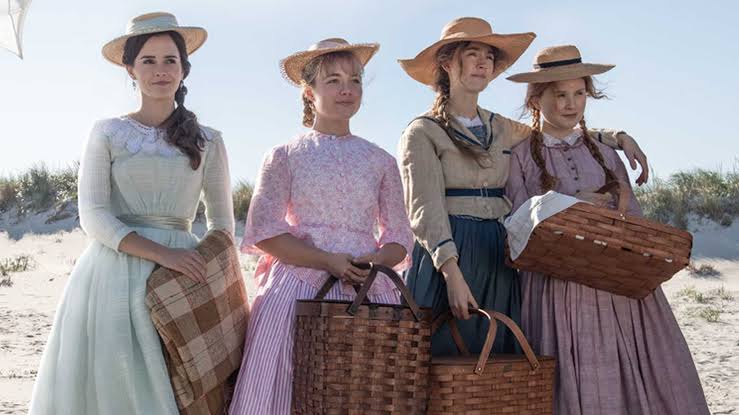 As the year draws to a close, there is a lot to be concerned about with the state of the world right now. There are wars, climate change calamities and political and social upheaval that headline our news stories. Wouldn’t it be nice to just have something warm, heartfelt and uplifting to see in the new year? Something that brings a smile to our faces and something that tugs at the heartstrings in all the right ways?

Greta Gerwig’s beautiful adaptation of author Louisa May Alcott’s 18th century novel Little Women arrives in cinemas just when we need it. Gerwig’s work is the novel’s sixth film adaptation, and, by all accounts, it was Gerwig’s personal and long held dream to write a version which was refreshing and current for today’s audiences. She has delivered on her brief in spades despite it being only her second film as director (the first being Lady Bird, which earned her an Oscar nomination for Best Director).

Gerwig wrote this adaptation herself and took some poetic licence to make some key changes to the ending of the novel many will already be familiar with. The result is not just a different ending however. Gerwig has turned the novel on its head by playing latter scenes much earlier in the piece and stepping back in time to provide a backstory to key scenes. The result of this approach is a constant jump between timelines which provides the opportunity to portray key memories and context for the protagonists.

The major coup in the success of this remake is the utterly brilliant performances of the entire ensemble cast. The March sisters, played by Emma Watson (as Meg), Saoirse Ronan (as Jo, around whom the entire film revolves), Florence Pugh (as Amy), and Eliza Scanlen (as Beth) all collaborate wonderfully and establish an onscreen sibling chemistry which never falters. Their interaction is endearing and engrossing. There’s a wholesome quality to their sisterly dynamic which makes one yearn for their youth and innocence once more. Notable additions to this exquisite mix is an effervescent Laura Dern as Marmee March, the illustrious Meryl Streep as a lofty yet well intentioned Aunt March, and a delightful Timothee Chalamet as the free-spirited Theodore “Laurie” Laurence. Together with numerous others, Gerwig has selected the entire cast to near perfection. The main characters are solidly developed, unravelling enough layers to allow for relatability and even complexity. Pugh particularly shines in this regard, achieving, arguably for the first time, the ability for Amy March to be loved by the viewer and seen not just as a one-sided character who is simply jealous of her older sisters (Jo in particular) and only focussed on self-serving opportunities.

Further triumphs are the superb sets and costume design (Jess Gonchor and Jaqueline Durran respectively) which have been skillfully designed by artisans worthy of numerous award recognition. And together with positively radiant cinematography by Yorick Le Saux, where seasonal landscapes have a painting like quality, the period settings are captured meticulously, allowing the viewer to escape to the era and compelling us to believe we are present in the March household making merry as they do.

For all its perfection though, the film is not without its weaknesses. There is a questionable choice of method in the rather bizarre presentation of some written correspondence which Jo reads almost direct-to-camera which make for some awkward moments – pulling the viewer out of the world Gerwig manages so well to draw them into. Furthermore, the constant jumping between the past and present was at times confusing – for this viewer at least. We were found asking whether a scene was in the past or the present day. Collectively, however, these were minor distractions which did not detract from the overall wonder of Gerwig’s work.

Finally, despite the historical setting, it has great modern day relevance in the #MeToo age. It seems that even in these modern times, where so many herald the progress in women’s suffrage and gender equality, some things stay very much the same. Jo and Amy often make comments on such matters as the ‘economics of marriage’ and compelling statements on the unequal status of working women which remains present today.

Little Women is a delightfully refreshed journey into the familiar world of the March sisters which is warm, endearing and heartfelt. And it is exactly the journey we need to start the new year.