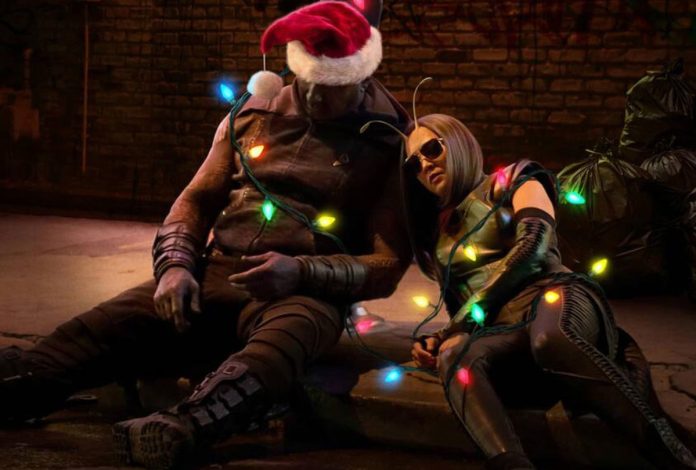 It’s that time of year, Holiday movies and specials will start to flood our screens. James Gunn has bought in the Guardians of the Galaxy to close out Phase 4 of the Marvel Cinematic Universe. Sitting at a tight 40 minute running time, the special packs in as much laughs, heart, holiday cheer and Kevin Bacon as it can without feeling undercooked or over-stuffed. The focus of this special is on Mantis (Pom Klementieff) and Drax (Dave Bautista) as they desperately search for the ultimate gift to cheer Peter Quill (Chris Pratt) after his history of sad holidays past. Marvel delivers a whimsical, musical romp that will now become holiday essential viewing in my home.

On the planet Knowhere, Mantis and Drax have heard the story of how Peter Quill feels sad about Christmas after a not so great encounter with Yondu (Michael Rooker) and Kraglin (Sean Gunn) when they were younger. While Kraglin is re-telling the story, Mantis decides to do something about it and comes up with a crazy idea to get Peter the perfect present, his movie icon Kevin Bacon. 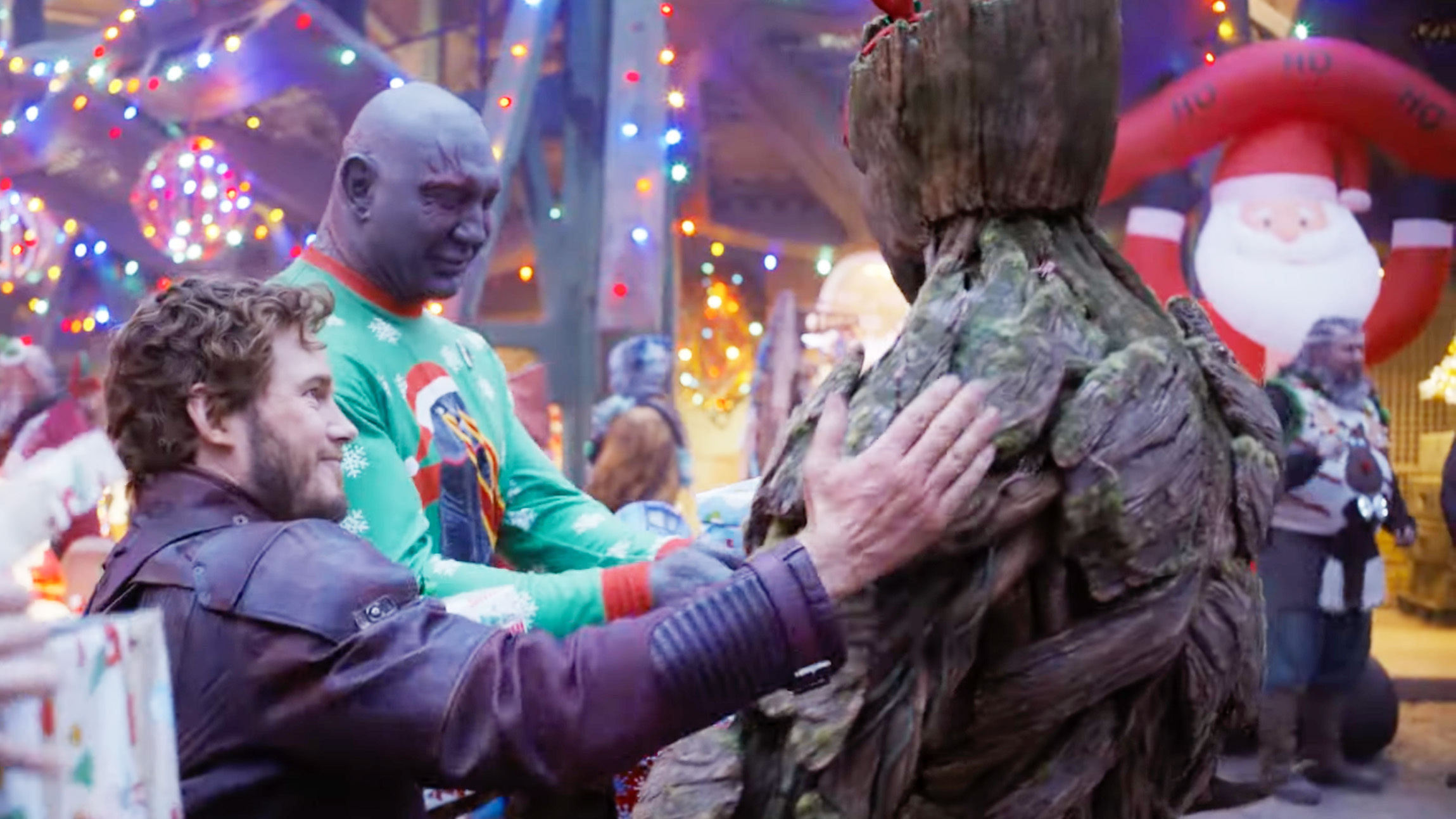 The movie then squarely puts Mantis and Drax on Earth, trying to track down Kevin Bacon with some hilarious bar scenes, movie star homes maps and christmas decorations hijinks. As the group searches for Kevin Bacon’s house to convince him to become the ultimate christmas present, we get a hilarious bar scene in Hollywood, showcasing these characters on Earth as the fish out of water story is one that plays out perfectly in this special. If they keep the Guardians around after the third movie, having something set on Earth is an interesting idea to explore in future projects.

Kevin Bacon is playing an outrageously camp version of himself, clearly in on the fun, willing to go wherever he needs to to join in on the holiday fun. As they travel back to Nowhere and literally roll him out as a present to Peter, the Guardians and inhabitants are kept hilariously entertained by band The Old’ 75’s who add the musical element to this special (you can listen to the original songs on Spotify/Apple Music now!) and it really kicks up a gear when Kevin Bacon joins in the festivities. 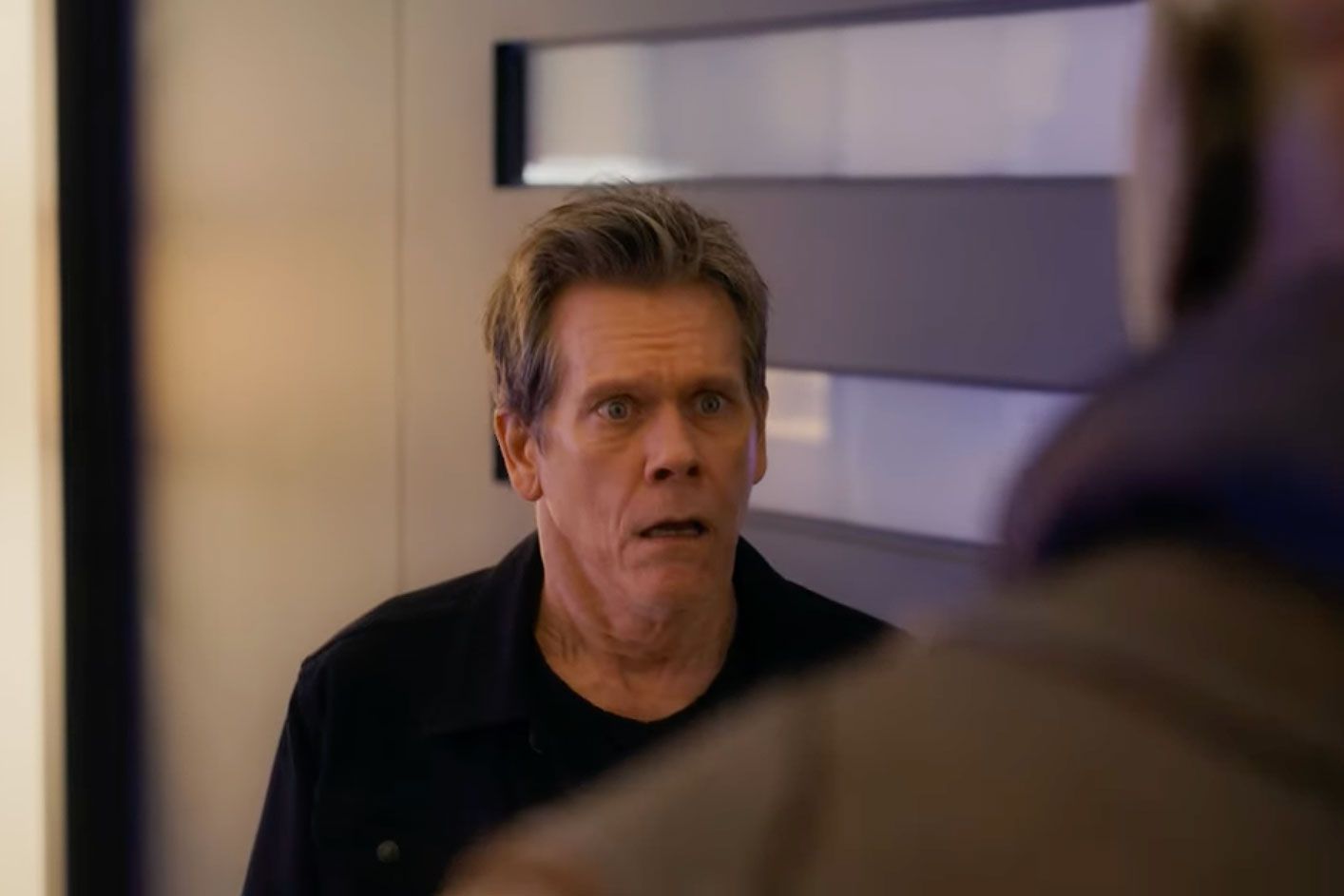 Visually this special exceeds expectations for a made for streaming christmas special. While we don’t get a whole lot of time on Knowhere, the set is spectacularly detailed with an overabundance of kitsch christmas decorations. From the opening animation scenes that hark back to the Star Wars Christmas special, to the gritty neon look of Hollywood during the holiday season, everything feels saturated in Christmas spirit without feeling like its too much.

Since we left the Guardians 2.0 Peter is still grieving the loss of Gamora (Zoe Saldana) and new Guardian Cosmo, a talking Russian dog (Maria Bakalova). While we will no doubt see more of this unfold in the third Guardians film due out mid 2023, this serves to wet your appetite for the Guardians and their next (possibly last) big adventure.

Gunn feels incredibly comfortable playing in this universe now, combining his unique storytelling and directing abilities with the zaniness of these comic book characters, The Guardians of the Galaxy Holiday Special has earned its place amongst my favourite Christmas viewings, and warrants repeat viewings. The jokes come thick and fast while also letting the emotion behind the joy breathe. 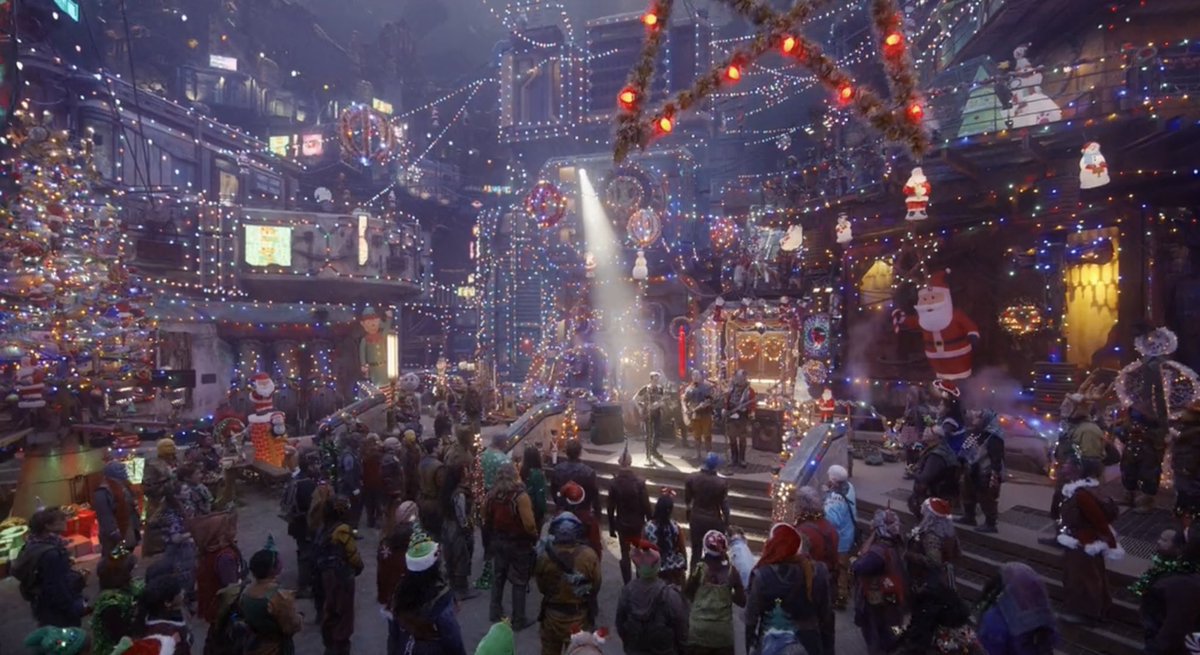 The Guardians of the Galaxy Holiday Special is the Holiday surprise we needed this year. It packs in so much charm, humour and Kevin Bacon to never feel too over the top, but just enough to deliver one of the MCU’s best projects to date. While it does feel like it is over quite quickly, the musical numbers from the old 75’s will create memorable and lasting Christmas songs you and your family will love. Moving Mantis to the front in this story allows for Klemeteiff to shine and show what her character can do, no longer playing the background comedic relief. This is the perfect holiday treat for MCU fans and anyone who loves a heartwarming and entertaining holiday story.

The Guardians of the Galaxy Holiday Special is streaming on Disney Plus on 25th of November at 7pm AEST.