Everyone loves Minions! Those cute yellow helpers from Despicable Me stole the show with their crazy antics and gibberish language, and are so popular with fans that they were given their very own movie! But are they strong enough to carry a film without help from Gru or the girls? Minions is proof that these little guys are lovable and determined enough to delight fans all on their own.

Minions is a prequel to Despicable Me, and explains how they came to work for Gru: it’s a Minion’s deepest desire to serve an evil master. The opening pairs them up with a mean T-Rex, a caveman, Napoleon, and even Dracula, and shows how kind and happy they are despite their evil life goal. Unfortunately for the villains, the Minions are also terrible at being henchmen, and are responsible for every one of their master’s untimely deaths. They may have caused the dinosaur extinction when they accidentally pushed their first master into a volcano, and the surprise birthday party they threw for Dracula ended in tears when they exposed him to the sunlight. The opening is full of laughs and sets the scene for the rest of the film, which is a cute and sweet comedy that will satisfy newcomers and fans of Despicable Me.

After their latest slip-up, the Minions are forced to hide away from their deceased master’s angry followers. Without an evil master to serve, they fall into a depression, until Kevin comes up with a plan: he’s going to set out on a journey to find the biggest, baddest, and most evil villain in the world.

Kevin is joined by Bob and Steve, and together they head out to Villain-Con and manage to land a job with Scarlet Overkill, the world’s first female super-villain. As soon as she steps out on stage, Scarlet steals the show. Minions gets a lot of things right, but its crowning achievement is a leading female character who achieves greatness in a man’s world. As if that wasn’t enough, Scarlet also has a wonderful relationship with her husband who respects her work and is proud of her achievements.

Scarlet sends the Minions to steal Queen Elizabeth’s crown, but when their crazy heist ends with Bob pulling Excalibur from the stone and being crowned King, Scarlet vows revenge, and the Minions find themselves pitted against the villain they love to serve.

Every time Minions appears to be setting up a major conflict, it quickly resolves the drama and moves onto the next. The plot jumps around a lot, but the story is always so fun that it makes up for the lack of commitment. Thankfully, the final showdown gets its time to shine – it’s a thrilling battle between superhero and super-villain, complete with heart-stopping suspense and noble sacrifice.

The yellow guys in overalls are audacious heroes who have proven their worth as leading characters, and Minions explores everything we love about them from the original movies. Minions puts on an action-packed show but never forgets to teach the value of being smart and kind to people.

Are Movie Trailers Giving Away Too Much?

Movie Review – Inside Out 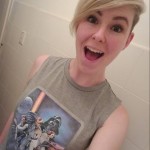