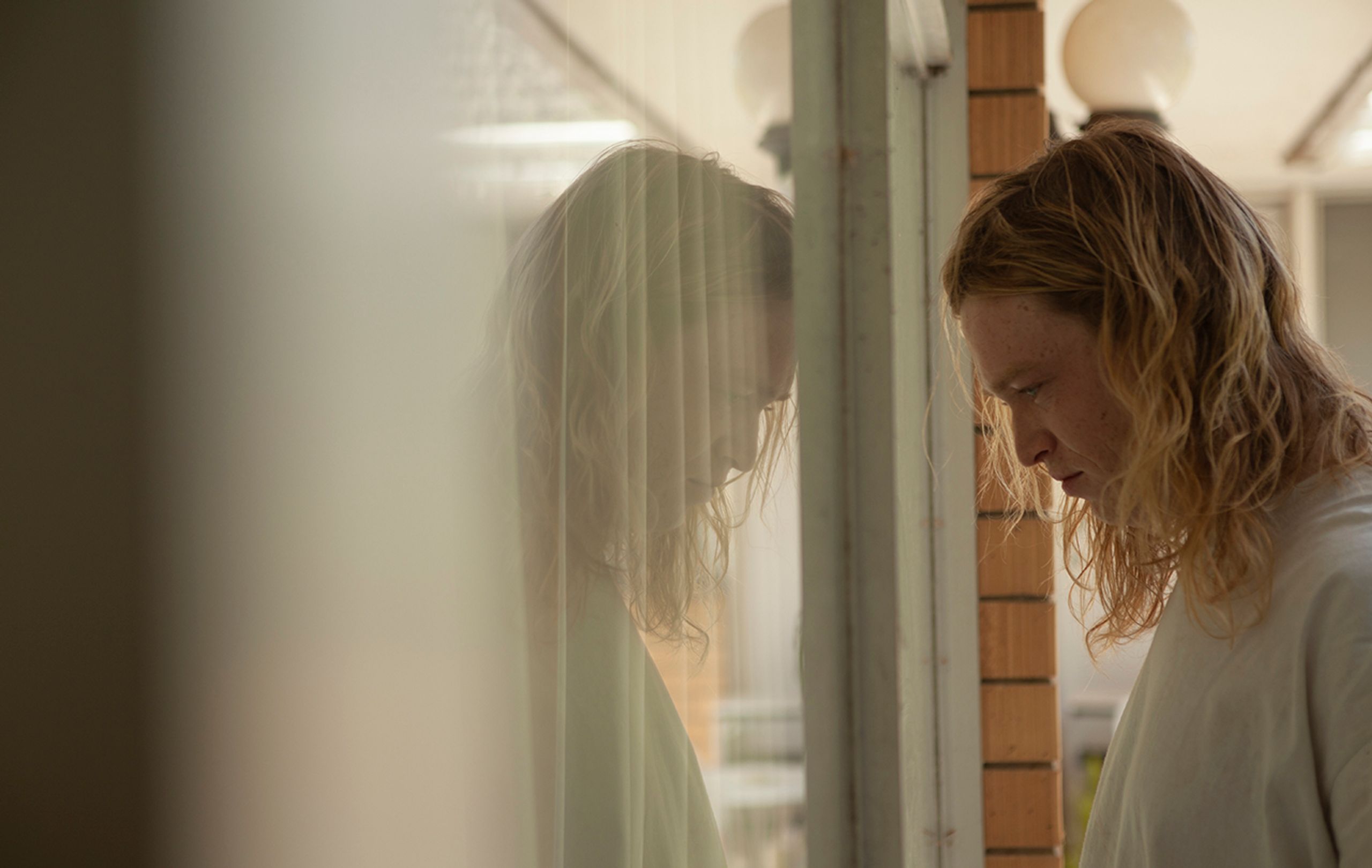 No strangers to tackling incredibly haunting (and to some, quiet controversial) stories from Australia’s darker parts of history, including their shared feature debut in Snowtown (based on South Australia’s ‘bodies-in-the-barrels’ killings), screenwriter Shaun Grant and director Justin Kurzel have once again teamed up for audiences to witness the psychological unravelling of an unhinged madman, this time depicting a semi-fictionalized set of events leading up to the horrendous and heartbreaking Port Arthur massacre of 1996 in the drama film, Nitram (the obscure title being the name of the character in the film and the name of the real-life gunman spelled backwards, as the film never addresses his actual name).

Premiering this year at the renowned Cannes Film Festival, and walking away with an award for Caleb Landry Jones (playing the titular Nitram) in the Best Actor category – Nitram is a slow, brooding and disturbing portrait of an emotionally isolated man who is constantly being pushed closer to his breaking points. Nitram (Landry Jones) feels disconnected from his parents, and strikes up a friendship with an estranged heiress, Helen (Essie Davis). However, when their relationship comes to an abrupt and tragic end, Nitram follows a destructive spiral down, leading to one of the worst atrocities to occur in Australian history.

Nitram is not a film that beats around the bush. Grant’s script is a detailed and unsettling look into the mindset of an incredibly troubled human. But rather than just being a recollection of disturbing events, Grant attempts to find some understanding as to how and why a person could commit such an atrocity. This is not an easy task, as the main issue that will always arise is that trying to humanize such an evil human is disrespectful to the real-life victims and families. The screenplay never once justifies or dampens the trauma of the massacre itself, while at the same time it doesn’t abuse its power in trying to shock the audience through cheap violent mediums. Every moment of Nitram’s psychological spiral, whether it’s an awkward yet harmless social interaction, or an outwardly abusive moment, showcased the fact that all-in-all, he was a truly mentally ill individual, and that is the focus of Nitram’s story. Whereas, under the care of others who aren’t Grant or Kurzel, may have focused less on the person and gained emotional manipulation of the audience by showing senseless murder for 2 hours.

Nitram is a film that will genuinely haunt you. The pacing is slow and brooding, constantly pulling the rubber band of tension to the edge of snapping. It’s in this film’s smaller moments where the larger emotional events begin to occur. Justin Kurzel’s direction is perfect in tune with the tone of the screenplay, with claustrophobic cinematography that never allows the audience to look away from what is occurring. The handheld camerawork creates the unshakeable sense of unease that is occurring simultaneously in Nitram’s mind. While this may not be Kurzel’s best looking film (i.e. 2015s MacBeth), his choices in cinematography, editing and pacing undoubtedly suit the film and is worthy of praise. However, even with a strong screenplay and direction that matches, they will be the side subjects that people will discuss when talking about this film, because there is one element that stands out so strongly from the rest.

Caleb Landry Jones (who plays the titular Nitram) gives the best performance of his career. Let alone as an American actor giving a superbly flawless Australian accent throughout the film (which is not praise usually given to non-Australian actors), for most of the runtime, I genuinely felt like I was watching a different person on screen to Jones. I felt like I was watching Nitram himself. It feels odd to give such praise to such an unsettling aspect of the film, because Jones is truly haunting in this role. He manages to balance the line between begging for emotional sympathy and playing a despicable human effortlessly. If you are to think of this performance comparatively, take someone like Joaquin Phoenix as Joker. That is another mentally unstable, violent character who made audiences uneasy, and took home the Oscar that year. But Joker is a larger than life character, literally from a comic book. There is an odd element of fun to be had with some moments inside that character because of how absurd it can be. However, just as unstable and violent, there is nothing fun about Jones’s turn as Nitram. This is a real person and even more so, this is not a character you want to know, but as the film forces you to know him. It’s impossible to not be completely entranced by Landry’s work. His Best Actor award at Cannes is proven right, and if an Oscar nomination is on the horizon, then it is definitely deserved.

Nitram is Landry’s vehicle, but the supporting cast around him also solidify a great performance in a solid movie. Judy Davis is a stand out as Nitram’s mother, who is constantly on the precipice of giving up with her inability to understand her son. Judy Davis has some incredibly powerful moments in the third act of this film and she goes toe-to-toe in an acting masterclass with Landy Jones. Anthony LaPaglia as the father gives a heartbreaking performance as a father needlessly trying to connect and understand his troubled son, with a scene during the film that will no doubt cause a lot of pain for audience members going on this journey. And finally, Essie Davis as Helen, who is somewhat the catalyst of Nitram’s actions, is strong as she always is.

Nitram is not going to be a movie for all audiences. In fact, many people will be deterred by the controversial subject matter on its own. If you were already interested in seeing this film, then I highly recommend it because it’s a powerful, albeit distressing story, that is a masterclass in both storytelling and acting. If you are on the fence, I would still recommend giving it a go simply because in a strange sense, it seems like it should be necessary viewing to find a way to understand why these awful tragedies occur. Nitram doesn’t pull punches, but it treats the subject matter with incredible respect.

Thank you to Dendy Cinemas for letting me check Nitram out early. The movie is in cinemas September 30, head to www.dendy.com.au to book your tickets now.

*SPOILER REGARDING THE FILMS ENDING*
If you are concerned about what level of violence this film shows in regards to the actual massacre, please note that Nitram does not showing anyone being murdered in the Port Arthur massacre.