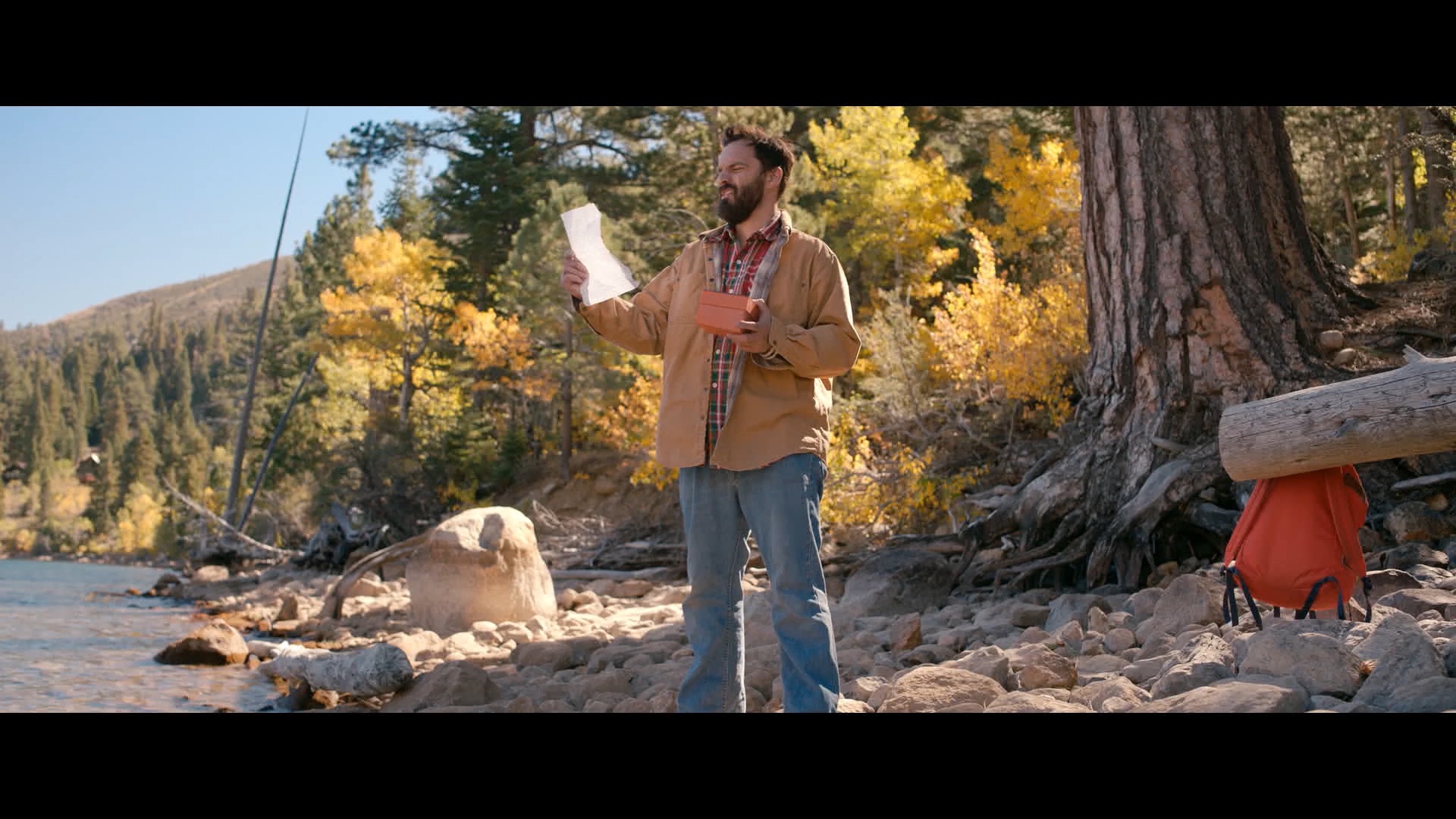 Now more than ever, there are days when you feel like a light, easy watch on the couch. Nothing too deep, nothing too intense. A bit of a laugh would also help. Ride the Eagle is such a film.

Directed by Australian Trent O’Donnell (The Good Place, Brooklyn Nine-Nine) who co-wrote the film with actor Jake Johnson, Ride the Eagle is about making amends and experiencing self-discovery. Leif is a 40 year old musician with no particular mission in life. When he is informed that his long-estranged mother Honey (played by Susan Sarandon) has passed away, he isn’t particularly affected by the news, given Honey abandoned him when he was 12-years-old, he is surprised that Honey has ‘conditionally’ bequeathed him her prized cabin in the Yosemite Valley.

Leif travels to the cabin where the conditions are laid out as tasks explained by Honey via a pre-recorded videotape. These tasks are essentially metaphors for lessons in Leif’s life that Honey wants him to learn and we slowly witness Leif’s enlightened metamorphosis. Sarandon appears in the film entirely via videotape played on the cabin’s TV.

It is through such tasks we are introduced to Leif’s former girlfriend, Audrey (played by D’Arcy Carden (The Good Place)). Leif is seeking to make amends for his bad behaviour when they last dated and the conversations take place via mobile the entire time, allowing them to connect without coming face to face. Despite the physical connection not being there, their chemistry works and the humorous conversations over telephone calls and text messages keep us engaged, which is a credit to the scriptwriting.

It’s no secret this film was shot entirely during the Covid pandemic, and, again, the scriptwriting is to be credited for developing a plot that successfully works around the challenges of the times in terms of limiting interactions of characters. In fact, the only other moment where Leif is in the physical presence with another human is when we are introduced to Carl (played by J.K. Simmons), who is Honey’s former lover and has turned up with no idea Honey has passed. Carl also doesn’t realise Leif is Honey’s son which makes for some comedic scenes. Frustratingly, this is the only scene where Simmons has any work to do and you wish that he was around more given his ability to steal the camera in almost any scene.

Shot by Australian cinematographer Judd Overton, Ride the Eagle takes full advantage of its setting with beautiful panning shots of the Yosemite National Park and Leif’s rugged persona fits well into the environment. Also cleverly matched is Jeff Cardoni’s score which again brings out Leif’s alternative personality together with instrumentals that align with the vastness of the Yosemite. This is a film that looks at relationships and grief in a lighthearted manner, and in a world already going through some dark times, Ride the Eagle knows audiences are looking for an escape.