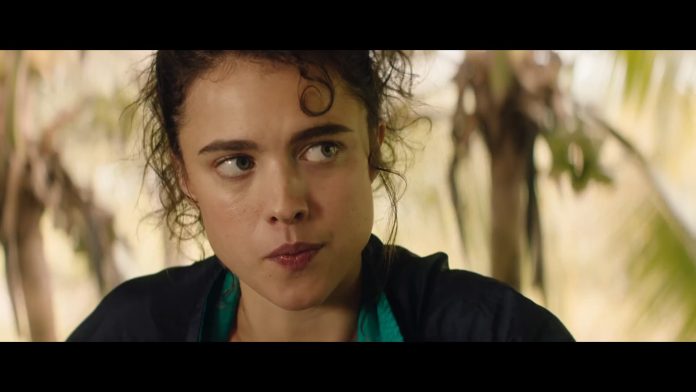 Young American Journalist Trish (Margaret Qualley) is living in Central America and by all accounts has done so for some time. She is close with some politicians and speaks the language like it’s her mother tongue.

Things haven’t quite gone Trish’s way with her travels and has managed to have her passport taken from her as well as being convinced to change all her powerful US dollars to Nicaraguan Cordoba.

Adapting and trying to find her way back on a flight to the USA, Trish uses her body for US dollars as she tries to find someone who will change back her Cordoba and get a flight home. 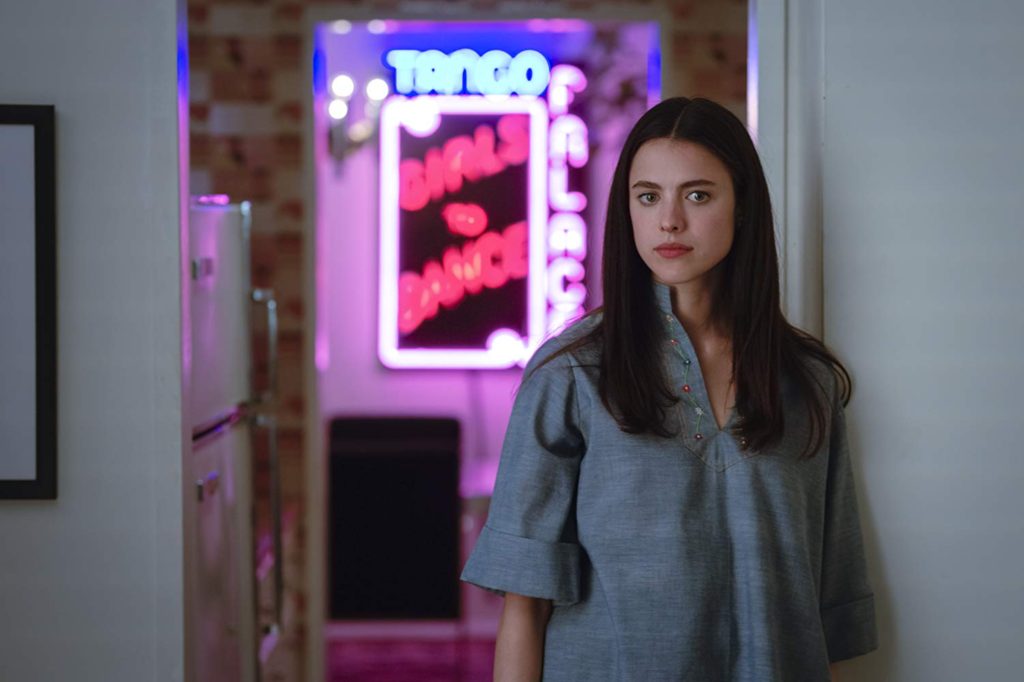 Her luck changes when she meets an Englishman at a bar, Daniel (Joe Alwyn). They have an instant connection and despite Trish being paid for her services, the two find they can use each other to get what they want.

Daniel is a consultant; though in the country as a Journalist. He has played a role in the upcoming election though we don’t know how deep he has got himself until he is being hunted.

Together with little money and no belongings, Trish and Daniel head to Costa Rica to try to find their way out of the country. Things change when they are finally caught and their love for eachother is put to the ultimate test.

Based on the 1980s novel The Stars at Noon by Denis Johnson, the political espionage romantic thriller has been adapted to modern day pandemic. Built around an election where the US is still being blamed for anything and everything that could go and is going wrong. The story is well adapted for the most part. However, where it fails is in the pace. Almost as if it held on to trying to describe the look and smell of each scene as the book would, but this didn’t translate when brought to life for the screen.

Stars at Noon is under the direction of French Director Claire Denis who managed to find that perfect spot of grit you would expect of such a place and story. Unfortunately what Denis couldn’t quite get it right is the casting. 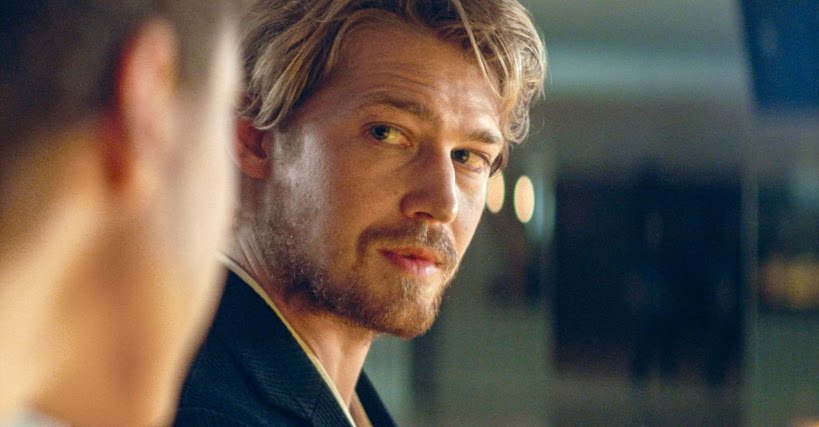 Leading the cast is Margaret Qualley (Maid, Death Note, Once Upon a Time in Hollywood) as Trish. Qualley plays this perfect blend of independent young woman and entirely lost and vulnerable when no one is looking. It’s both disturbing and hard to look away at the same time. Qualley understood the character and it’s clear what her journey is.

Alongside Qualley is Joe Alwyn (Boy Erased, The Favourite, Conversations with Friends) as the Englishman Daniel. While Alwyn was able to capture the British gentleman charm with ease, there tended to be a lack of connection with his co-star Margaret Qualley. At first it made sense as she was being paid for her services. But by the end of the film, the connection between the two was still cold and hard to connect with as a viewer.

Overall, Stars at Noon captures this rough and hard to swallow fish out of water situation. A young female struggling to find her way home putting all her faith in one man. Visually the film captures Central America almost as another character. But unfortunately the chemistry between all the characters just didn’t quite hit the mark making it a hard film to feel any connection with.