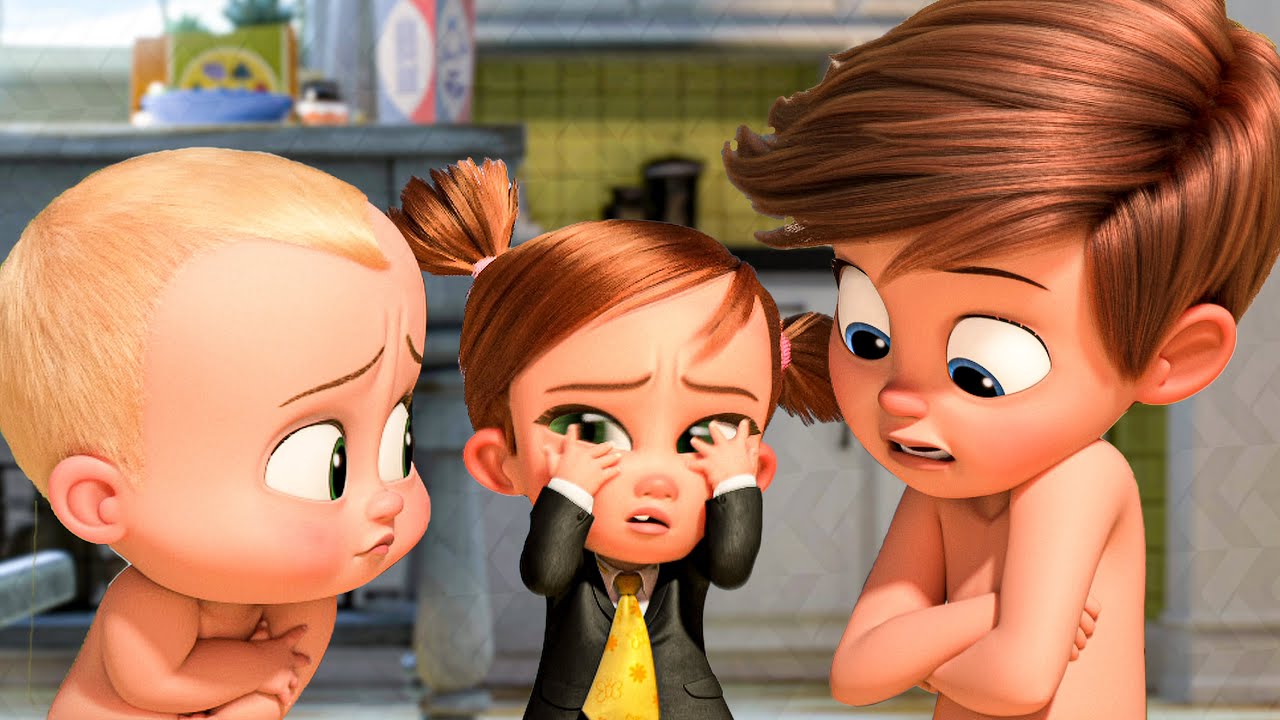 For every emotionally hard-hitting, life lesson giving Pixar film – there is a Dreamworks Animation Studios picture. If you read that and immediately thought: “Yeah, Dreamworks does suck”, I would counter and say: “Shrek, Kung Fu Panda, and How To Train Your Dragon”. However, in the case of The Boss Baby: Family Business – it unfortunately errs on the side of being below average entertainment.

The follow up to 2017s The Boss Baby, this sequel sees the return of Alec Baldwin as a now grown up, Ted (the Boss Baby from the first movie). He and his now grown-up brother Tim (now voiced by James Marsden, replacing Tobey McGuire) have grown apart. Ted is an incredibly successful businessman whose time dedicated to work is as valuable as his money, and Tim is a family man with a wife and two young children. However, Tim’s newborn child is a wolf in sheep’s clothing as she, like Ted many years before, is a Boss Baby from BabyCorp. Tina has been sent on a secret mission which involves turning the two adult brothers into babies for 48 hours (through the use of a questionable allegory for hallucinogens) to investigate Dr. Armstrong (voiced by Jeff Goldblum), who has a plan to get rid of all parents and allow kids to do whatever they want.

2017s The Boss Baby wasn’t a perfect film – but the voice of Alec Baldwin ultimately playing his character from Glengary Glenross had its moments of humour throughout. There was a childlike innocence of a young kid having to battle his higher-intellect infant sibling in a wacky, cartoon war of wits that ultimately led to a nice message about putting aside differences and loving your family. What The Boss Baby: Family Business is missing the most to make it feel like an inferior sequel (or sibiling), is that childlike innocence. Knowing that both Ted and Tim have had over 30 years of adulthood to learn from their mistakes to ultimately have to relearn the lesson from the first movie only through being turned into babies again feels redundant. Is this an over-analysis of a film that is primarily aimed towards children? Sure, but at the end of the day this is the lack of enjoyment that this film carries on its shoulders as a hinderance.

The Boss Baby: Family Business sure is absurd. Two adults are forced to suck a dummy that magically turns them into babies (see the above hallucinogen comment). Small babies are running a giant worldwide corporation. The villain is Jeff Goldblum as a baby pretending to be an adult (which is the highlight of the film). There is fun to be had in the absurdity, but each comedic line or exciting set piece comes and goes in fleeting moments that often are more forgettable by the time the next joke happens. It’s a fast, colourful and attempted joke-a-minute escapade that seems like it was formulated by a studio to hold the attention of its younger audience. Which seems odd as it clocks in at 110 minutes long – which for a kids film, seems way too long to hold attention spans. There’s no conciseness to the pace, some scenes and jokes linger way too long and if they lost my attention easily, I can imagine the same sentiment would be shared by the young ones watching in a cinema.

In terms of technical aspect, Dreamworks have always been great at creating larger than life fantastical worlds. Opting to be on the opposite end of the often photo-realism we see at Pixar, the cartoonish animation does work well in The Boss Baby: Family Business’s favour. The insanity is exemplified by great colour and hilarious character and set designs throughout.

The Boss Baby: Family Business does have its chuckle worthy moment here and there, and it’s definitely been specifically designed with the attention span of young children in mind. However, it’s recycled plot and prolonged runtime makes this sequel feel inferior and tougher to enjoy that the original.

The Boss Baby 2 : Back in Business is now showing on Peacock and in cinemas across North America.