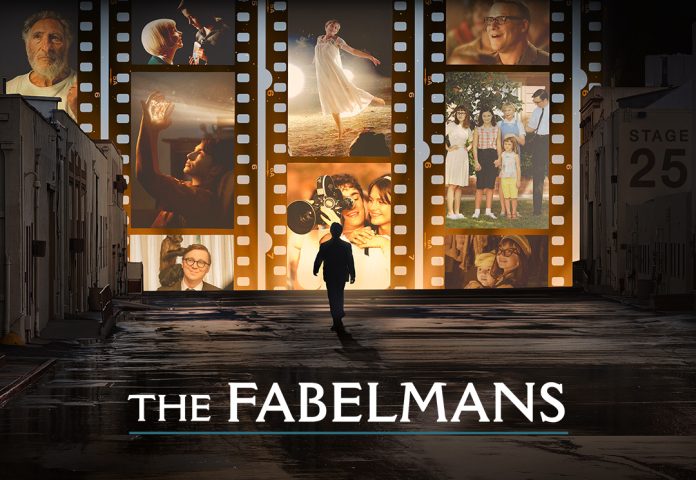 Everyone knows Steven Spielberg, at some point in our lives we have been touched by his filmmaking and his broad choice of genres that allows for everyone to witness the majesty of his directing and imagination. From Jaws, Jurassic Park, E.T.and Indiana Jones defined action and creature films in the 80’s and 90’s, to drama films like The Colour Purple and 2021’s West Side Story remake, it seems there is nothing that Spielberg can’t do except tell his own story about his childhood and how he grew up to become the director he is today. This movie, The Fabelmans, is an attempt to do that by focusing on the influence of his artistic mother and sensible, by-the-numbers scientist father along with his siblings and uncle, navigate life through middle America in the 1970’s for a Jewish family. While the story about his love for filmmaking is the secondary focus here, the performances from all involved and the story of “old Hollywood” will keep you captivated.

The family is led by Mitzi (Michelle Williams) a concert pianist and homemaker and scientist Burt (Paul Dano) who take their eight-year-old son Sammy (Mateo Zoryon Francis-DeFord) to the cinema to see The Greatest Show on Earth. Sammy becomes obsessed with the train crash scene and after recreating it with his train set at home and his father’s video camera as a form of therapy to get over the trauma, becomes obsessed with the camera and figuring out how to make scenes work, it sets the stage for his career and development as he progresses into adulthood. While this could have easily occupied the film’s entire space, the focus is on Mitzi and her infectious personality and how this melds with Burt’s strait-laced personality and sensible approach to life and family. Burt’s best friend and the kid’s “Uncle” Benny (Seth Rogen) play an interesting parallel against this as kind of a blend of Mitzi and Burt. He works well with the kids and his ability to be the cool laid back fun influence on the family provides an interesting dynamic that explores the “Nuclear family” of this time period and the attempts to nurture and be bold or take the easy route and be smart. This is a concept that Williams and Dano convey through both of their career-defining performances. Williams brings an extremely camp and over-the-top fierceness to her character. Playing the centre of the family and the light and fun that they all need. Williams adds in a dash of Liza Minelli’s flamboyance and steals every single scene she permeates. Dano on the other end of the spectrum is kind and considered. His quiet demeanour exudes a controlling nature that feels true to the time. The way they communicate with each other and operate as a family as they move around the country and attempt to keep control of their kids and their disdain for leaving their friends behind, keeps the story moving when things start to slow down a bit. As he starts to develop his own taste for films like The Man Who Shot Liberty Vance which inspires him to direct his own Western student film where he punches holes in the film to give the effect of real shots being fired by guns wowing his class,  this paired with his war film with his Eagle Scout friends cements his influences as a filmmaker and you can start to see where films like Saving Private Ryan came from.

When the story moves into Sammy’s teenage years, the actor Gabriel LaBelle takes over as Sammy showing how they navigate through moving to California and the removal of their comforts with the lack of Jews in this area and a school full of white Christian middle schoolers changes Sammy’s relationship with the camera. Using the camera as a weapon to turn school bullies into heroes with comments like “I just shoot what I see” The home life for the Fabelmans then starts to come undone as choices made by characters in the family affect the world around them. As Benny becomes more engrained in the family life and the choices that Burt makes that potentially drive a wedge between all of them, all the while Sammy is struggling with his passion to keep doing what he loves or follow his father’s footsteps and stick to a more traditional career path. Sammy’s uncle Boris (Judd Hirsch) makes an unexpected visit and after discovering his nephew’s passion, delivers the film’s more inspiring dialogue for any dreamers in the audience who dare to dream big. It’s all done in a story-teller fashion from a seasoned circus performer who can help it not to feel as hammy as it potentially could have in the hands of a less seasoned director or writer.

The film delivers its most emotional climax at the end of this story. Going in and wanting a full biopic-style movie of Steven Spielberg’s childhood is perhaps the wrong expectation to have with this film. I have kept this as spoiler free as I can as there are some things better left as surprises about his childhood and the endless debates it will generate if it is indeed fact or fiction. The closing shot is one of the best seen in recent years and will leave cinephiles begging for the next chapter in Spielberg’s story. 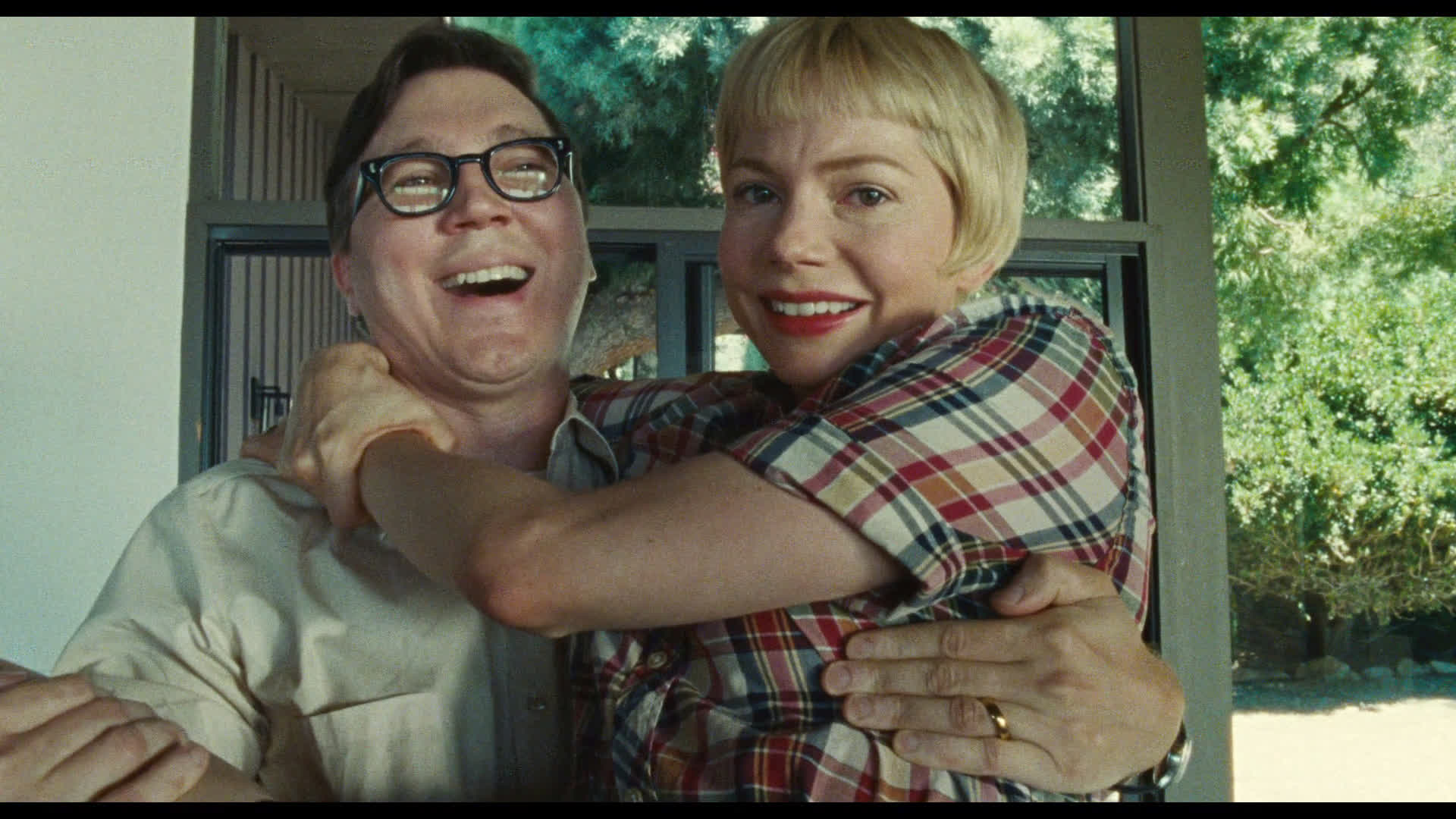 This wouldn’t be a Spielberg film without some truly beautiful visuals and stunning camera work and it is on full display here. Close-ups of Sammy hiding in the walk-in wardrobe as reels of film are spinning and light are peeking are just the beginning. The opening scene of Sammy at the theatre with his Father on one side and Mother on the other, two looming presences with their shadows almost encompassing him, representing the two sides of any cinematic story worth telling. One of my favourite shots is the family on holiday. Burt is trying to light a fire and show the kids the importance of doing this, in the background to the right is Benny who has turned a tree into a sort of swing and Mitzi is screaming with delight and the kids start to congregate to the pair while Burt struggles with the fire. It’s many shots like these that leave you with many thoughts and questions that go unanswered. I am still thinking about this film weeks after seeing it and can’t wait to dive back in and pick up on things I missed from my first viewing.

The Fabelmans is not the biopic you think it’s going to be. It is a deep and rich exploration of a family who struggle with nature vs nurture, to look further into this dynamic and what can happen when you take the leap and do what you love. It isn’t the traditional biopic, or even come into that category for that matter. It is inspired by events of Spielberg’s childhood that allowed him to become the great director he is today. It is told with a love of traditional Hollywood filmmaking techniques that are paired with career-defining performances from Williams and Dano, earning the Fabelmans a full five stars and one of our most recommended films of the year.

The Fabelmans is in Australian theatres January 5, 2023. Our International readers can catch it in theatres now.

Everyone knows Steven Spielberg, at some point in our lives we have been touched by his filmmaking and his broad choice of genres that allows for everyone to witness the majesty of his directing and imagination. From Jaws, Jurassic Park, E.T.and Indiana Jones defined action...Review - The Fabelmans