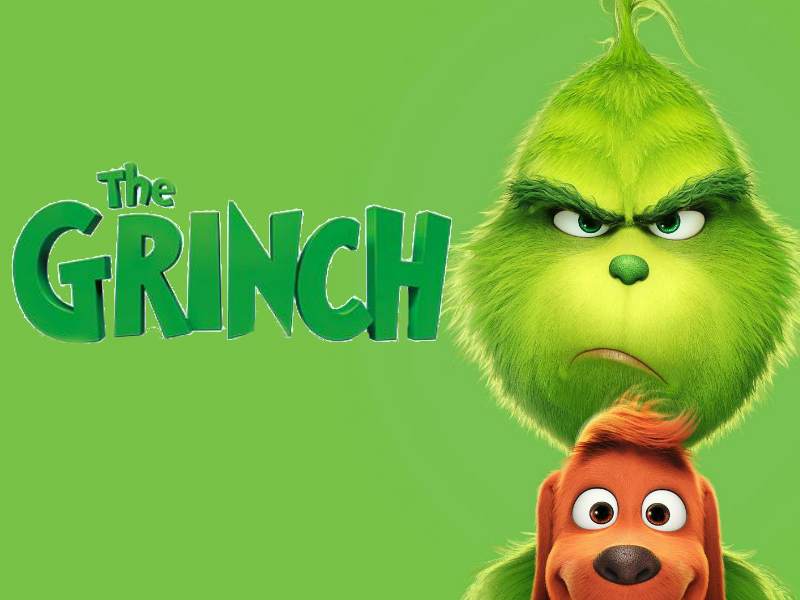 Illumination have been dominating animation since their first hit film Despicable Me. Since then we have welcomed the sequels, spinoffs (Minions) and additions The Secret Life Of Pets and Sing. Their latest film is a remake of The Grinch, the classic Dr.Seuss Christmas story that has an animated film and the live action Ron Howard version starring Jim Carrey which became an instant classic. So the question that I had when I heard about this was “Why does this exist?” After seeing an early screening of the movie I can safely say that it exists as a different interpretation of the story that infuses humour with a lot of heart and magic that welcomes in the Christmas season in 2018 in the most perfect way.

The story stays true to the classic Dr.Seuss tale centred around the town of Whoville who are happy all the time, in particular when Christmas season hits. Meanwhile up on a Mount Crumpit overlooking the town, The Grinch (Benedict Cumberbatch) hates all things to do with the holiday season. When he finds out that The Who’s are making Christmas 3 times bigger this year from Mr Bricklebaum (Kenan Thompson) the happiest and most Christmas loving citizen in the Whoville. When The Grinch finds out about this he devises a plan to steal Christmas from Whoville so no-one will be happy. Along the way Grinch works with his adorable dog Max and a family of reindeer who keep things entertaining.

The film is beautiful, the visuals are the best that Illumination have ever put out and in particular the ice and snow effects stand out. The design of The Grinch is impressive. every hair on his body is meticulously detailed and is visually flawless. The montage at the start showing him getting ready for the day stands out as one of the best in recent animated history. This also works in conjunction with his dog Max, who quickly became my favourite animated character of 2018. There is so much personality in Max, it is so hard not to love him. The adorable design and his devotion and love to the Grinch, even when he is committing evil acts is the highlight of the movie. The reindeer characters are also Illumination animal-esque and are stand outs in design.

The story stars out strong with a punchy and fast intro that unfortunately falls flat in the middle before building up to an emotional and beautiful ending. While there is humour in this film, more specifically for the adults it is far and few-between. There is plenty of Illumination style slapstick gags for the kids, but it really is the magic and feeling of family and Christmas that this movie gets so right. This is further cemented through two characters Cindy Lou (Cameron Seely) and her mother Donna (Rashida Jones) who have a beautiful mother/daughter dynamic that is rarely seen in movies. Cindy’s obsession with meeting Santa Claus face to face to help her mother is a heart warming side plot.

It is not easy to seperate this film from the previous versions, as they have made such a strong impression on pop.culture over the years. Fortunately this version offers up something different, it boasts the message of love, family and inclusion at a time in the world that we desperately need to hear it. You can put the Illumination-ism of this film aside as the advances in technology and the beating message that eminate from this movie easily outshine the flaws. The Grinch is the welcome to the 2018 christmas season and is a fine addition to Dr Seuss’s Grinch properties that prove this tale can be told time and time again.

The Grinch is in cinemas November 29.

Like Loading...
Newsletter Signup
In this article:Benedict Cumberbatch, illumination, leithal review, movies 2018, the grinch, the grinch 2018, universal, universal pictures
Up Next: