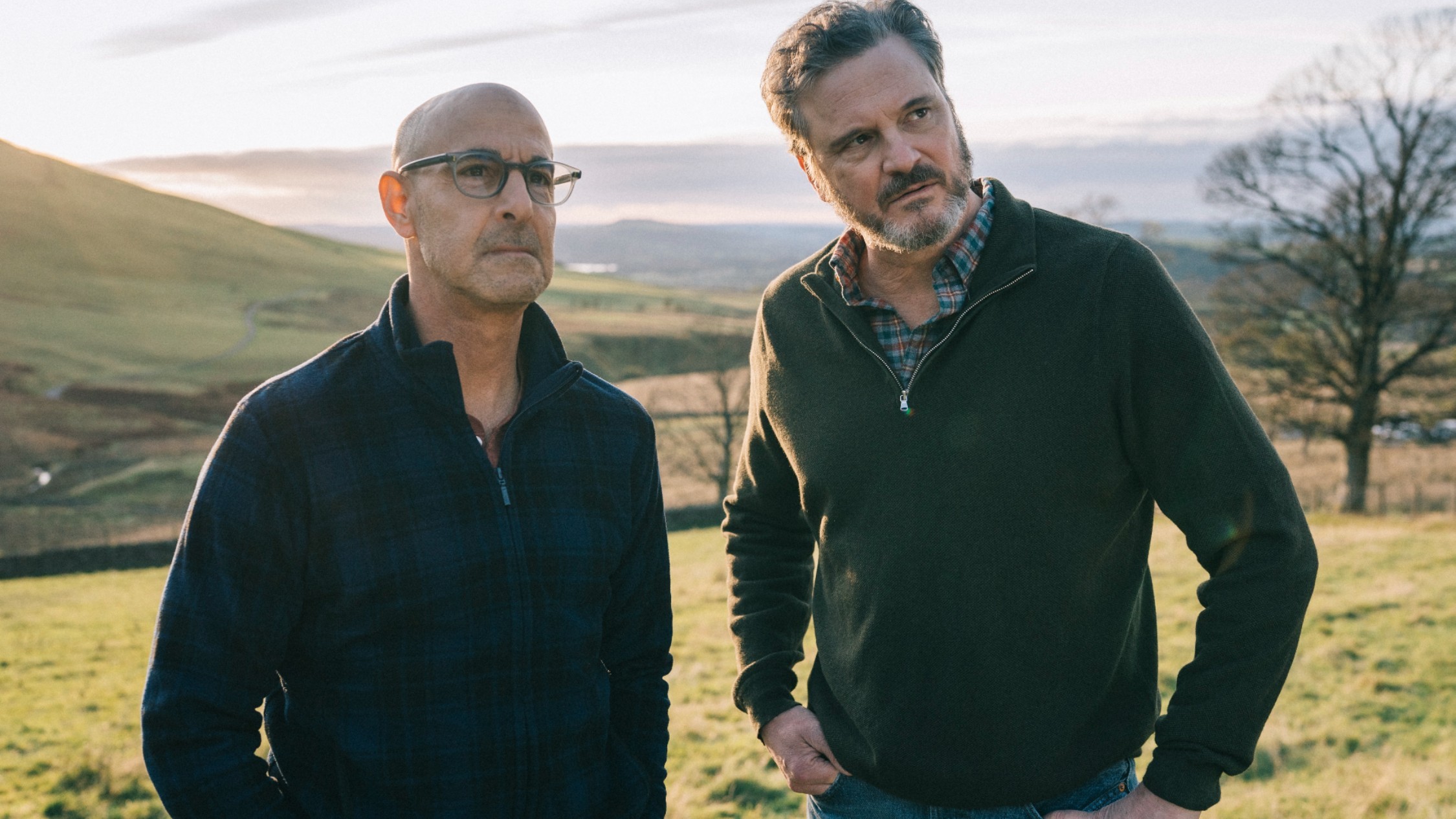 Films focusing on the end stages of a couple’s relationship due to one members struggle with a degenerative disease are a dime a dozen. Especially of late. They are all tearjerkers and they hit a raw nerve in their depiction of reality and the cold hard facts for too many a life in todays day and age.

But few films of this nature manage to do it so well that we walk out thinking about serious life choices, while also celebrating love and companionship amidst a glorious backdrop of natural wonder. Supernova is one such film that delivers all the feels in a restrained yet beautiful manner.

Writer and director Harry Macqueen has delivered a beautiful and thought-provoking story covering the sunset over a couple’s life together after a tragic diagnosis of dementia for one of its members. Stanley Tucci plays Tusker, a novelist who has recently been diagnosed with dementia. His partner of some decades is Sam (Colin Firth), a musician who has not played in some time. In recognition of Tusker’s failing cognitive function, the couple have decided to spend time driving in a motorhome through the English countryside to visit Sam’s sister Lilly (Pippa Haywood) and her family. Along the way, they plan to visit sentimental places they have visited in the past.

Their journey through the old winding roads seems to symbolise Tusker and Sam’s rich history and the beautiful countryside captured exquisitely by cinematographer Dick Pope provides a rich tapestry of colour, age, drama and serenity.

Despite the glorious camerawork and setting however, there seems something a little off in the first and second acts. While some may argue that it’s a slow burn to begin, essentially it is the script that fails to provide much needed context, history and depth. It is a shame because, one yearns for a deeper connection to the couple’s plight. We know why this journey is being taken. It’s importance. It’s significance. So we want to immerse ourselves in that significance and feel the way Sam and Tusker feel as they seek to make every precious moment count. It’s a real opportunity that Macqueen has missed in writing the screenplay. While it is amazing that at just 36, he has written something like this, it may just be his inexperience that brings about its only flaw.

There’s restraint in the emotions throughout the film as Sam and Tusker avoid real discussion on Tusker’s condition. Like many couples, no one likes to talk the hard truths. Instead, the effects of Tusker’s condition are manifested in accidents and mishaps which are dealt with quickly so as not to be made too big an issue of.

It is here that one sees Tucci and Firth provide some of their finest performances of their careers. For despite a lacking script, they deftly provide the emotion required to connect with the audience. Their chemistry is no less solid  which elevates the film significantly. The pace also lifts when Sam and Tusker arrive at Lilly’s home and there are some powerful, emotional scenes which brings the film closer to excellence.

At its climax in the third act, Sam and Tusker come to loggerheads in having to finally deal with their journey ahead. Sam wants nothing more than to look after Tusker till the very end. And yet the very definition or notion of love is questioned. The struggle for answers provides powerful and moving scenes which are tear-inducing. One gets all the emotions they wish for.

Many will relate to the issues at play in this insightful film and yet most will not. Regardless, Supernova is a film for all.