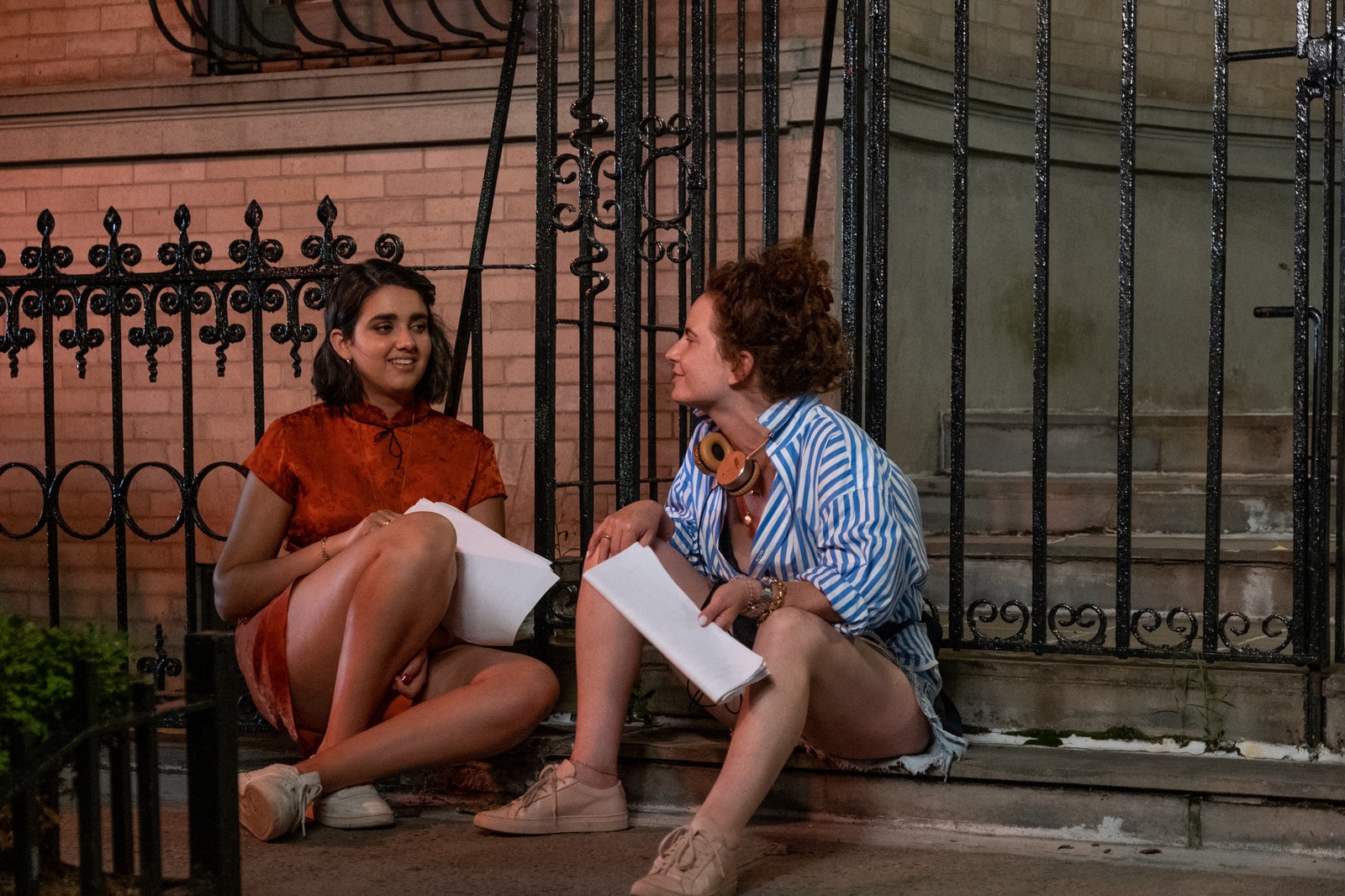 In her debut film, writer/director Natalie Krinsky could have taken any route in terms of genre. With her experience as a writer for television, she has covered many different tones. From shows with serious themes and slap in the face reality in Grey’s Anatomy and Red Band Society to the more light-hearted tone of Gossip Girl. So when it came time to make a movie, Krinsky has created a script that is based on her own past – a romantic comedy.

The Broken Hearts Gallery is a light and fun look at the moment in time of aspiring New York Art Gallery curator Lucy Gulliver (Geraldine Viswanathan) when she is dumped by her boyfriend, fired from her job and left to pick up the pieces of her life. Just when things are looking their absolute worst, Gulliver is desperate to go home, and manages to sink even lower by jumping into the wrong car, mistaking it for her Lyft. All may not seem so bad, however, because the driver turns out to be someone who seems too much of a good samaritan to be true (especially in New York City). Enter Nick, (Dacre Montgomery), who, despite some issues of his own, could be Lucy’s knight in shining armour. And so begins a story of friendship and love emanating from pain, anguish, and loss.

To help her spirits along the way, Lucy has her trusty flatmates  Amanda and Nadine (Molly Gordon and Phillipa Soo respectively) to help care for her the way only gal pals know how – with unflinching support, feel-good movies, tissue boxes at the ready and a whole lot of carbs. And while they are there to bring some comic relief as well, Viswanathan’s delightful performance steals the show in every scene, proving she is very capable of carrying a film all on her own. It is clear that Nick too is mesmerised by Lucy from the start (Montgomery delivers some steely gazes which pack a punch in the one-way attraction book). Yet Lucy is so absorbed in her own world of needing validation from her past relationships that she doesn’t see Nick in any other way for most of the film other than a friend. This makes for an endearing journey throughout much of the film which refreshingly doesn’t focus on just jumping into bed on the first date.

Lucy has developed a habit of collecting mementos from her relationships – be it a ticket stub to a concert or a Monopoly player piece. It’s a sign of a need to feel secure and is a manifestation of a fear of forgetting special moments. And while the unfortunate basis of her fear is revealed during the second half of the film, the entire backstory is sadly underdeveloped. Despite that quibble, it is easy to remain focussed on the present, thanks to Viswanathan’s omnipresence on the screen.

By sheer luck, Lucy keeps bumping into Nick who is struggling to create the hotel of his dreams. And, in wanting to help Nick build his dream, Lucy stumbles on the idea to dedicate part of the floor space to a gallery where mementos of a broken heart can be displayed and their story told to a fascinated audience. It’s an emotional premise that allows Lucy to learn to let go of her past and her insecurities in a sweet yet comical way.

While Viswanathan is no stranger to the screen – both on television and the big screen, the choice by Krinsky to cast her in the lead role is gloriously refreshing. And though the film itself is light and entertaining, the joy of seeing a person of colour dominate the screen and all without calling out that she even is a person of colour, makes you walk out of the cinema with a smile.

Although the plot is loosely based on Krinsky’s own history, her experience working with creator Shonda Rhimes on the television series Grey’s Anatomy allowed her to see that colourblind casting was possible. As such, Krinsky deliberately chose to shift away from stereotypical casting choices and instead choose a group of actors who would resemble a typical group of friends in a typical New York neighbourhood. And while the rest of the cast supports Viswanathan well enough (with some hits and some misses), the film hits the mark in being a rom-com flick with a difference.

The New York backdrop is postcard-like and while some may find the typical pan shots over buildings or stills of the Brooklyn Bridge a tad generic, it is perhaps the lockdown of people indoors due to a global pandemic that gives some much-needed respite to an armchair traveller. The city looks clean, lively, and inviting which gives the film an added uplift.

Much like New York, the script is fast-paced and energetic. There’s a familiarity to some scenes where it feels like a deliberate, modern-day take on Bridget Jones Diary or When Harry Met Sally, but they get away with it for their sheer charm with the manner it is carried out. Think of it as inspiration rather than imitation.

Ultimately, The Broken Hearts Gallery is a feel-good feature that is both refreshing and sweet. With a stellar performance by Viswanathan and casting that gives us a sense of familiarity in the everyday characters, the upbeat backdrop of a buzzing New York City all combine to make this film a joyride we could all do with right now.

The Broken Hearts Gallery is out in Australian theatres now.

Novastream received an invitation from Sony Pictures to attend a media screening of The Broken Hearts Galley in Sydney. All COVID safe protocols were followed.