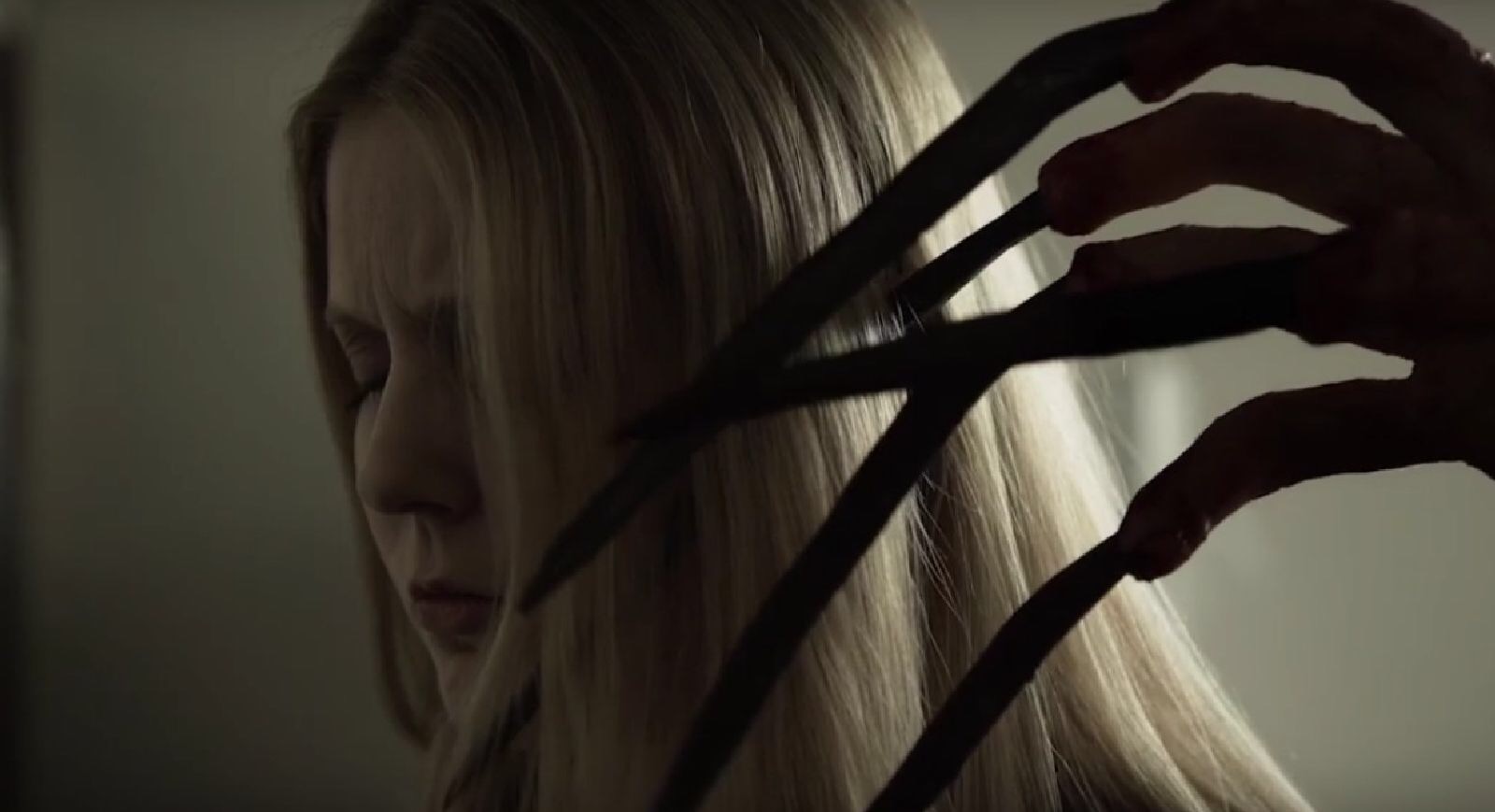 I am a sucker for horror movies, there is something about Aussie horror movies in the last 10 years that has shifted them into international hits like The Babadook, Saw and Wolf Creek. These incredible films have propelled local actors, directors and crew into the spotlight of Hollywood and created careers. Then we have our homegrown cult favourites like Wyrmwood, Two Heads Creek and now comes The Faceless Man to join the ranks. This thriller/horror movie filmed in Melbourne has an intriguing premise and is layered with incredible performances from a cleverly selected cast, practical effects and a well written script that showcases some horror elements that are infused with some dark Aussie humour that constantly bounce between horror/thriller/comedy that make this a homegrown horror hit.

The story revolves around cancer survivor Emily (Sophie Thurling) who after a random encounter with her estranged father, decides to get a group of her friends together to rent out a holiday house in a small town. During the weekend, the group make some enemies among the locals while also being haunted by a supernatural being who blurs the lines of reality, forcing them to question what’s real and what’s not.

A big part of what makes this are the performances from the cast. The opening monologue from Thurling left me breathless and on the edge of my seat. The ferocity and anger emanating from her character as she confronts her absent father who reappears as she is going into surgery. Thurling keeps this going throughout the rest of the film right to the closing scene at the beach. The other main stand out is Daniel Reader who played my personal favourite character Barry the c…well let’s just say Fixer to get past any censors. He has that okke Aussie accent and commanding presence that has a real sense of familiarity, particularly for local viewers. We have seen this character many times before but Reader brings a fresh spin to it. Another familiar face is Andy McPhee who plays Eddie Silverbeard. Silverbeard is his surname, not a reflection of his appearance. He has a running gangbang gag that just gets funnier and funnier the more that the situation unfolds.

The rest of the group of friends are made up of Kyle (Lucas Pittaway) who plays a great supporting role that easily transitions into scared and frightened victim when the story requires him to. Sunny S. Walia plays Chad, who doesn’t get near enough screen time. He plays the voice of reason in the group.

There are a couple of party scenes in the movie and the first one in particular is really well shot.  A backyard party with shots, the footy jock who skinny dips and of course a drug infused montage effectively showcase the camera zooming around the different areas of the party. This sounds like a weird thing to highlight in a horror movie, but it really is one of the best shot parties in recent memory.

The location of the rental house is incredibly cinematic, there is an overhead shot as the car pulls up to the location that is truly breathtaking. There are many more examples of outstanding filmmaking in The Faceless Man. There is a tribute to Psycho in which a knife repeatedly stabs a victim while blood sprays on a plastic sheet. There are several other nods to classic directors and films, all of which are drenched in director Di Martino’s unique style and flavour.

Special effects wise the film goes for the practical side which work to great effect. There are several scenes in which Emily is bent over a sink coughing up blood. Di Martino uses a blend of lighting and camera angles to make it feel extremely real. The supernatural creature that haunts the crew is also well detailed. The long nails are reminiscent of Freddy Kruger and the many severed heads and limbs all help sell the film’s premise.

I would be remiss if I didn’t comment on the mobster and local biker gang that show up at certain points in the film and provide the closing moments with a mobster style showdown. There are a ton of references here from Tarantinto to Home Alone (yes, really!) and they all land beautifully. There are quite a few groups of people who come after Emily and her friends on top of the supernatural creature that appears ominously and when you least expect it.

The Faceless Man delivers on scares giving more questions than answers. While there are a ton of jump scares, they always took me by surprise with Di Martino planning each one to make sure they keep the scare rate up. Making Emily the central part of the story and her friends as they go on this weekend-away, showcases the city vs regional divide that is rarely explored well. Fortunately Di Martino knows his way around this and having Barry the C..I mean Fixer and his crew as the gatekeepers to this, make sure things stay neutral. Using practical effects and location shooting help the town’s slogan of “We are a good town with good people” feel like a real place. The complexity of the story and its characters are elevated by outstanding performances from the cast and the master writing and directing by James Di Martino. We will all be watching very closely to see what Di Martino does next.

The Faceless Man is available on VOD August 28