The Many Saints of Newark – Review 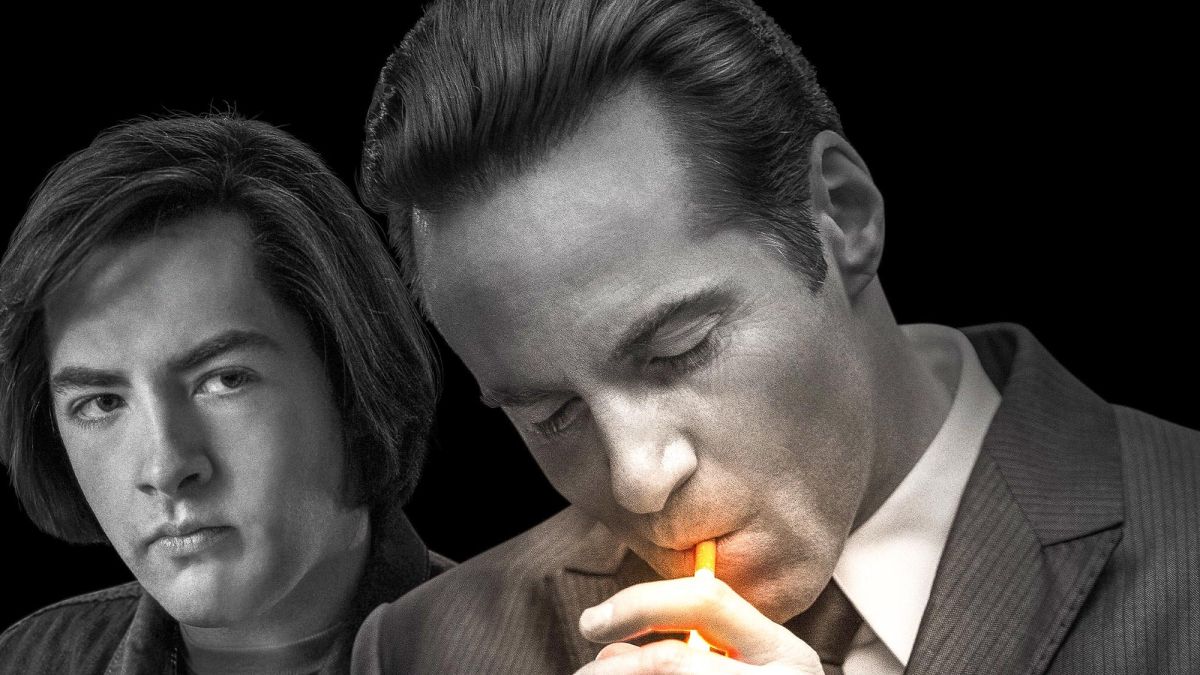 It should be no shock to anyone who watched The Sopranos when it initially aired between 1999 and 2007, that its in the conversation of the greatest television shows ever made. Basically revolutionising what we now know as modern television, David Chase’s HBO-based, mafia-drama centred around mild-mannered-mobster Tony Soprano (played by the late James Gandolfini), paved the way for showing more bloody violence, sex and foul-language on the small screen, whilst also being cinematic levels of quality in it’s filmmaking and story-telling.  Now, almost 15 years after it’s divisive finale, David Chase has returned to the world of The Sopranos with a prequel film set during the 1960s full of callbacks and Easter eggs for the fans of the show, and answers the question: who made Tony Soprano?

Beginning during the Newark, New Jersey riots of 1967, The Many Saints of Newark observes the violence in the city from the point of view of Dickie Moltisanti (Alessandro Nivola), father of future right-hand-man toTony Soprano, Christopher Moltisanti. As a rival gang war begins to flare up during the riots, Dickie attempts to take control of the ‘five families’, all the while a young Tony Soprano (Gandolfini’s real life son, Michael Gandolfini), latches to his side to learn the rules of the mob-life.

Boasting an incredible cast, The Many Saints of Newark is not shy of great performances. The lead performance from Nivola as Dickie is undoubtedly the highlight of film and watching his character and his mannerisms changes as the stories intensity increases is done in a subtle, yet powerful way. Other highlights throughout were Leslie Odom Jr. as Harold McBrayer (once again delivering a performance showing his capability of being an award winner one day), John Magaro as Silvio Dante (losing himself in a bit of facial prosthetics but giving an incredibly enjoyable performance under the mask) and Corey Stoll who does a pitch-perfect portrayal of the iconic Junior Soprano (catchphrases and all). And while the trailers suggest this is Michael Gandolfini’s movie, based all around Tony Soprano, his role is limited more so to the second half of the movie. Gandolfini gives a decent turn portraying the role his late father made famous, and there is a sense of catharsis watching him embody this character that at times can be a little distracting from the movie, but in a wonderful way.

Outside of the cast, David Chase’s script features the strengths that his television show also had, and heavily relies on characters, jokes and set-ups from the show, making this a real treat for true fans. The dialogue is captivating and shows a more vulnerable side to these mobsters, rather than just their macho-masculine sides. Chase’s exploration of these characters, many of whom were just mentioned by name in the show, shows he has a deep care for them and a deep care for the town of Newark, New Jersey, the place in which his parents grew up. However, rather than feeling like a complete movie (or companion piece to The Sopranos), The Many Saints of Newark has the pacing and structure of an extended episode of the show. Certain filler scenes can drag out the runtime and emotional beats come and go like they were written to have an advertisement break in between the scenes. The biggest issue with Chase’s script though, is the films ending, which after a slower paced build up, ends incredibly abruptly and with the insinuation that there is more story to tell (even before this connects with the beginning of the television show). The idea of a sequel to this movie doesn’t actually seem like a bad idea to me, because this world is worth of exploring, but there is an unsatisfactory and incomplete feeling when the credits roll on this movie.

From a visual standpoint, director Alan Taylor (who helmed many episodes of the show) has truly created the cinematic feeling for this television-based story. Crisp cinematography highlighting both the highs and lows of Newark, and with action set pieces that feel like an upgrade from the early 2000s do add a decent level of excitement.

The Many Saints of Newark explores a world before Tony Soprano but be prepared for less Tony than you may be expecting. Nevertheless, David Chase has created a movie full of Easter eggs and references for fans of the show, even though at times it may feel like an extended episode of the TV show. Saved by great characters, dialogue and performances, The Many Saints of Newark just gives enough to scratch that mob-film itch we’ve had for a while now.