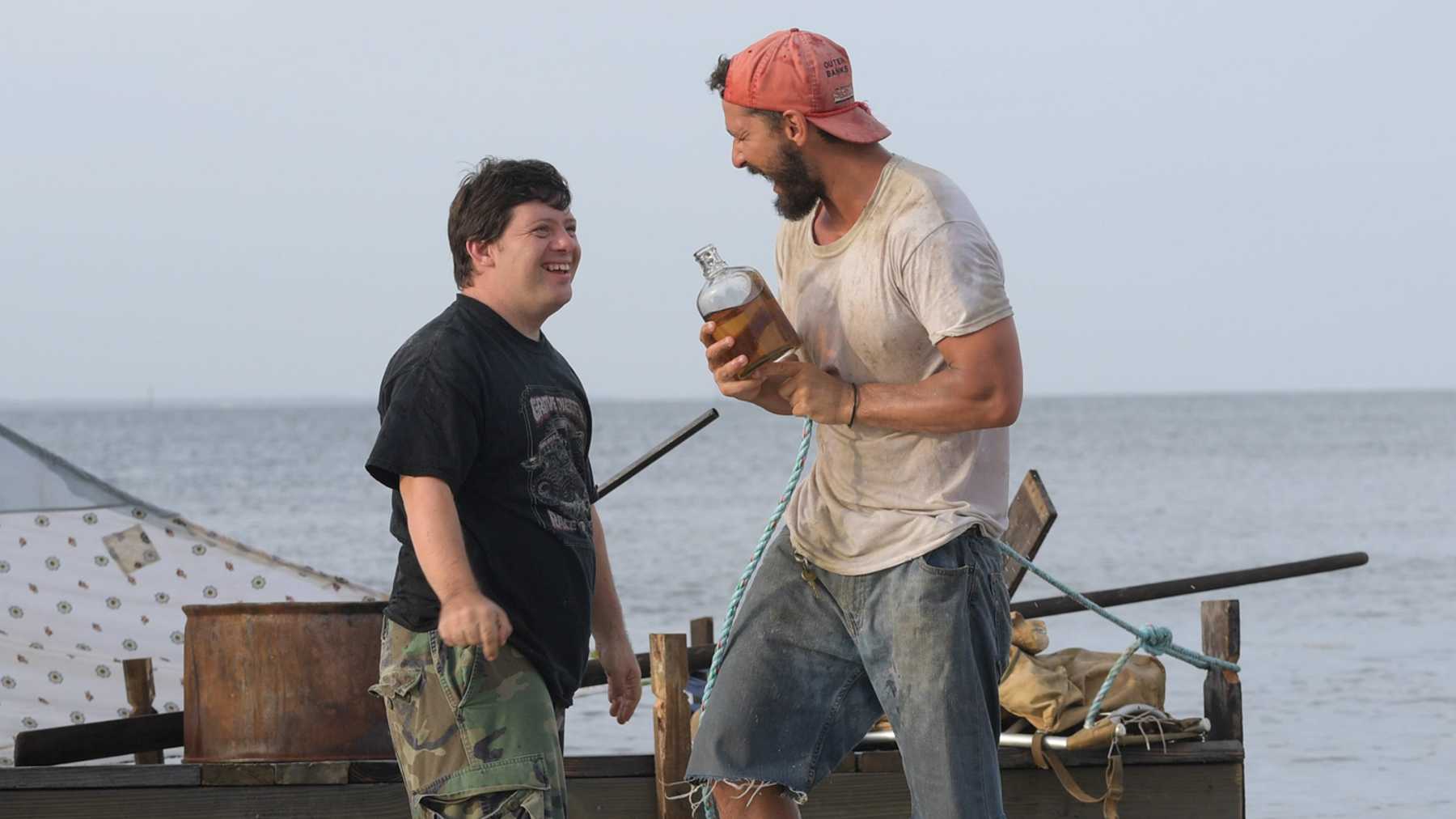 It’s rare to find a film with such wonderful casting resulting in the most heart-warming, fun journey of self-discovery and strength from within. The Peanut Butter Falcon is exactly that and a bit more as it taps into an unexpected friendship.

Zak (Zack Gottsagen) has Down syndrome and has been living in the care of the state. His living options are limited resulting in him living in a nursing home. Encouraged by his elderly roommate Carl, Zak escapes on his quest to go to become a wrestler.

As Zak sets upon his journey with no money, no food and no real idea how to get anywhere, he meets a fisherman, Tyler (Shi LaBeouf) who after some convincing offers to take Zak to a wrestling school.

Tyler struggles to fit in, causing trouble as a desperate cry for attention. He has lost all his family and still hasn’t dealt with the death of his brother. However, his chance meeting with Zak changes his life and sets him back on track.

As they trek across the state of North Carolina in search for The Salt Water Redneck and his wrestling school, the two find themselves being forced into a baptism, sail across the waters of the Outer Banks, get shot at and drink too much whisky. All the while they are being tracked down by Social Worker, Eleanor (Dakota Johnson) who eventually joins them on their journey.

The story has a very classical Huck Finn style. Two unexpected friends sail the rivers of southern America getting in trouble and making some amazing memories.

The cast is led by the wonderful Zack Gottsagen who was found at a camp for actors with disabilities. And after a concept film was made, Gottsagen together with writers and directors Tyler Nilson and Michael Schwartz, started the retelling of the classic Huckleberry Finn and brought the tale of The Peanut Butter Falcon to life.

Gottsagen gives the character a very real rounded persona. His cheeky, adventurous and very aware character feel as if it may very well be Zack himself off the screen. His chemistry on-screen with Shia LaBeouf doesn’t seem by any means forced or performed. There is very much a beautiful friendship between the two which makes these two on-screen some of the great castings.

Alongside Gottsagen as Tyler is Shia LaBeouf (Transformers: Dark of the Moon, Eagle Eye, Indiana Jones and the Kingdom of the Crystal Skull) who hasn’t had a screen presence for a number of years. However, the absence from the screen hasn’t by any means dwindled his talent to consume a character. His portrayal of a troubled fisherman craving family and belonging is thick with layers to dissect and analyse.

Some of the most amazing scenes are the ones where Gottsagen and LaBeouf have no lines. As they sit and look into the distance or play fight and even rest their head on the others shoulder. There is so much emotion filled into these scenes it sucks the viewer in and demands that connection you’d expect if they were sitting in front of you.

Visually the film adds another element to the journey. From the rivers, estuaries and coastline of North Carolina. But rather than just being there in the background, Directors Schwartz and Nilson use it to interact with. The beach, the cornfields, hiding in the long reeds of the river and being baptised amongst the mangroves.

Overall, The Peanut Butter Falcon is a wonderful coming of age, self-discovery and acceptance tale bringing two individuals that would otherwise never cross paths even if they tried. But when their paths do cross, it’s a wonderful story that sucks you in and holds you tight until that final scene as they drive off into the distance. With an outstanding performance from Zack Gottsagen who will make you fall in love with him. What feels like a comeback from Shia LaBeouf will leave you remembering why it is you liked him in the first place.