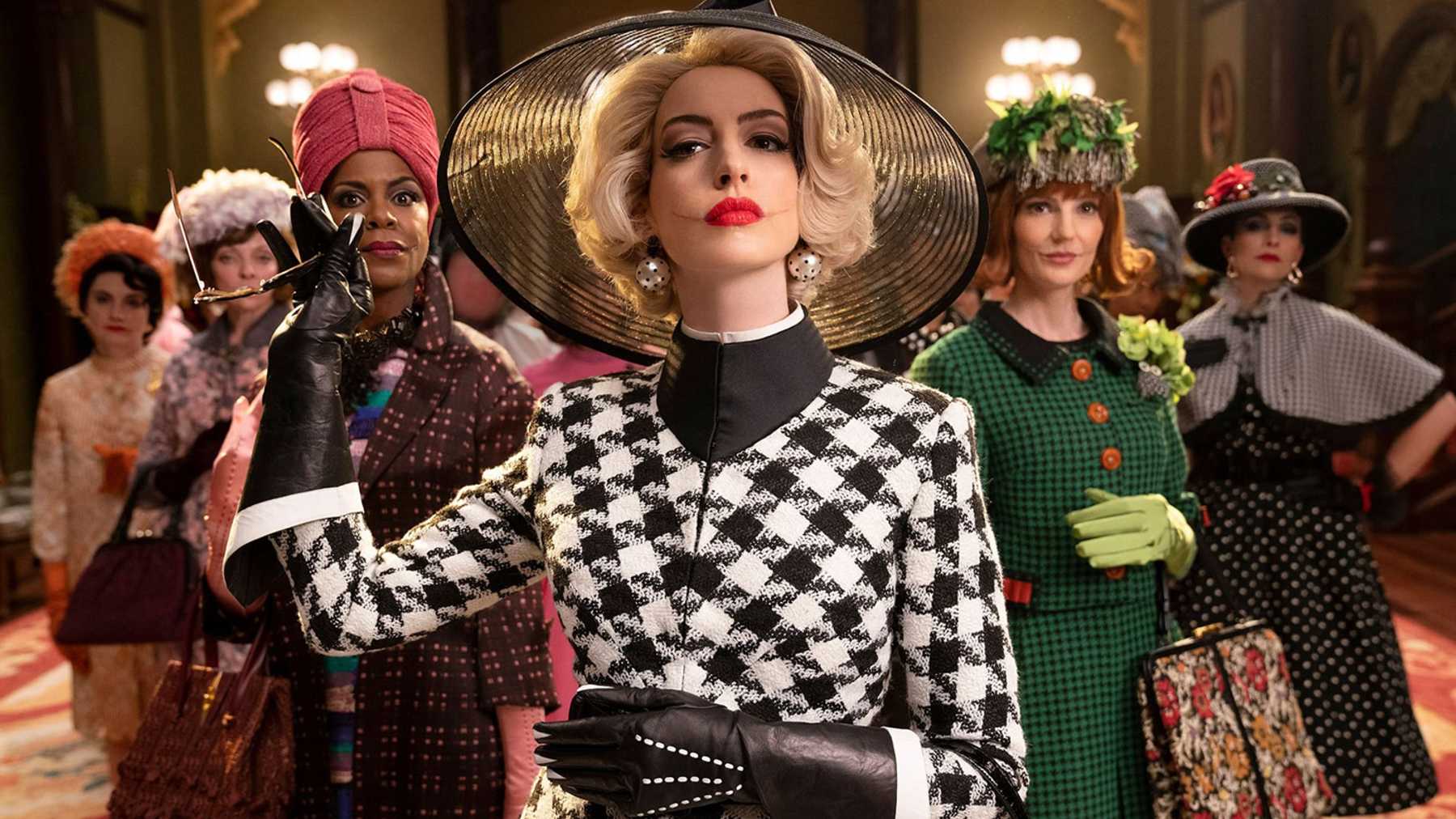 Exactly 30 years after the release of its original predecessor, Roald Dahl’s The Witches is the latest piece of 90s nostalgia to get a modern-day revamp. Directed by Robert Zemeckis (Back to the Future, Forrest Gump) and starring Anne Hathaway as the terrifying Grand High Witch – 2020s The Witches is predominately a fun and equally scary time for the family.

The story follows Hero Boy (Jahzir Bruno) – who after a tragic car accident in which his parents didn’t survive, is taken in by his Grandma (Octavia Spencer). After a mystical and interesting encounter with a strange lady in a grocery, Grandma reveals to Hero Boy that witches are not myths, they’re in fact real and have a hunger for small children. Together, Grandma and Hero Boy travel to a hotel where the witches hold their annual Witches Convention and must join forces with the other small children there to take down the witches once and for all.

Zemeckis has created a film in 2020 that has the exact feeling of an adventure film from the 80s or 90s. The story is incredibly larger than life, it’s not afraid to get a little dark and its main purpose is to just be fun as hell. It’s the strong nostalgic factors of being a reboot of a popular 90s movies and having the sense of wonderment and adventure that a lot of family films seem to have lost over the last decade that are the strengths The Witches has to entertain more mature audiences. At times, it doesn’t always hit the landing it’s going for, but overall, there is an enjoyable enough movie in there.

However, this movie is primarily targeted to a younger audience. The vibe throughout this movie is “scary but silly”. For a child, this is probably a genuine horror movie. The design of the witches is freaky and grotesque and the prospect of young children being turned into mice and hunted is horrifying. But that adventurous feeling will most definitely keep the kids engaged with the story.

While The Witches is quite visually entertaining and the CGI is for the most part well done, it’s Alan Silvestri’s score that stands out above all. Every musical beat and moment exacerbates the movies tone tremendously. When it’s quizzical, you want to solve the mystery. When it’s dark and brooding, you’re preparing for a creepy moment. It’s an unassuming aspect of the film that can easily catch you off guard, but obviously in the best way possible.

Anne Hathaway goes all in as the Grand Head Witch with her Transylvanian-esque accent and eccentric body movements. While she looks like she is having an absolutely blast in this role and really making it work for this crazy story, it’s Spencer and Bruno who steal the spotlight and have great chemistry together as grandmother and grandson. Stanley Tucci as the hotel manager is also classic hilarious Tucci in the handful of scenes he pops up in.

The only downside to The Witches is that it takes a while to get into the meat and bones of the fun. Zemeckis takes time to really build up the relationship between Grandma and Hero Boy, sometimes to the detriment of the films pacing. Once the action in the hotel truly begins (about 45 minutes into the movie), the pace picks up and holds right to the climax. The film’s final act can feel a little anti-climatic and wraps up a tad too quickly considering how much time is spent setting up the characters, and this feels it could have stemmed from trying to cut the movie’s runtime down in the editing room.

The Witches is easy watching, fun-yet-spooky entertainment for the whole family that captures the nostalgic feeling of a classic 90s adventure movie through an eccentric story and incredible score. Perfect viewing for Halloween!