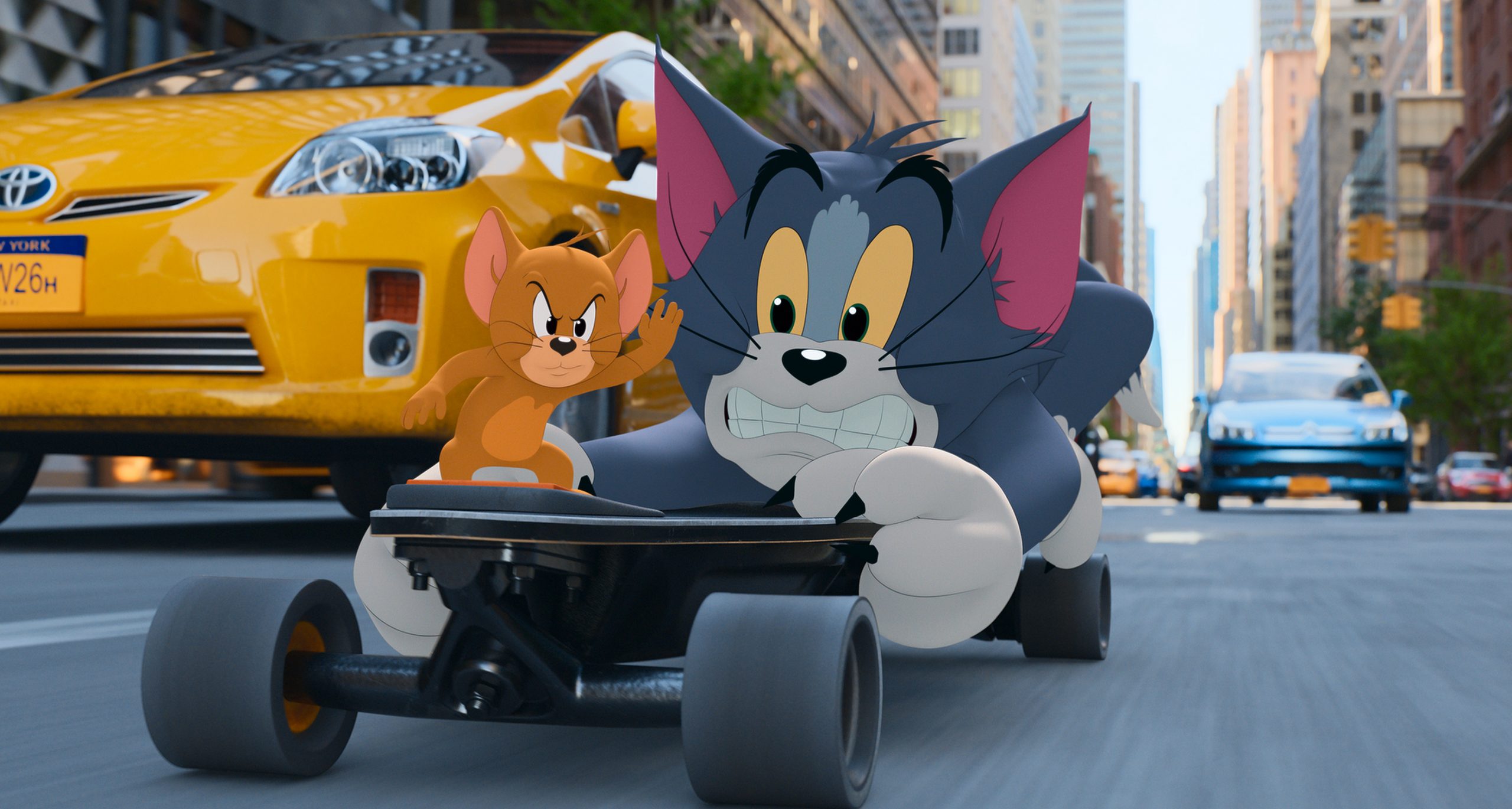 The latest re-incarnation of the classic 1940’s series has been re-adapted over the years for modern times and the last time they tried in 1992 with a movie where the duo talked and sang went down like a lead balloon. Fans and newcomers scoffed at the premise and giving these characters a voice was the biggest mistake the newly acquired Warner Bros. studio made resulting in a huge failure and any plans for more instalments were put on hold. Now it’s 2021 and the duo are back to their non-speaking origins with their cartoon cyclone games, ready to win back old fans and usher in a slew of new ones.

Set in New York City, the film follows Kayla (Chloe Grace Moretz) who sweet talks her way into a temp job at the Royal Gate Hotel. The hotel is hosting the celebrity wedding of Ben (Colin Jost) and Preeta (Pallavi Sharda) a social media savvy couple throwing a lavish event that is under the watchful eye of the hotel’s event planner Terence (Michael Pena). Everything seems to be going to plan till Jerry moves in to the hotel and his predator Tom is employed (with a name tag and jaunty hat!) to catch the mouse before word gets out. Things of course don’t always go to plan with the pair chasing, running, smashing and destroying everything in their way, can the two put aside their differences for the wedding to go ahead and save Kayla’s job?

Look the plot in this film is there, and really while it is veil thin, the actors are all giving their best, aware that they are participating in the reboot of a beloved property that families after a horrible year will want to go to the movies and watch something they can all enjoy, and this movie delivers exactly that. Pena and Moretz have great chemistry and their rivalry will maintain your interest in the human characters. This is also the case for Ben and Preeta who definitely needed to get clearance from Nick Jonas and Priyanka Chopra for their life rights. Special mention must also go to Patsy Ferran who plays this creepy and awkward character who tends to just appear out of nowhere. It was one of the comedic highlights of the film.

Tom and Jerry themselves are rendered in 3D animation while still ringing true to their original looks. This is the case for all the animals in the movie giving it a Who Framed Roger Rabbit, ToonTown kind of vibe (I mean this in the most complimentary way) Tom and Jerry are very expressive with Tom’s traditional yells, screams and howls all lovingly restored from archived audio from the creator William Hanna. It’s not just the main two characters who return, Spike (voiced by Bobby Cannavale) the dog is back serving as Ben and Preeta’s pet. Having the three animals in the mix allows for the chase tornadoes that were such a great part of the original TV show (basically the three get into such a flurry of a chase that they turn into a vortex destroying everything in their path).

Visually this film exceeded my expectations. Each animal was animated beautifully and the menagerie at the wedding of elephants, peacocks and tigers all added a visual lift to the film that its last act needed. It’s been a while since we have seen a film like this and everything works here to keep it looking modern. Fans of the original will appreciate how much they still look like Tom and Jerry and new fans will fall in love with the adorable pair and the world they live in. The blending of our world and the animated was definitely the right choice for this movie and hopefully if there are further instalments, this will continue.

If you are a fan of Hanna-Barbera, you will want to look at things in the background here, there are many other characters littered throughout the movie that fans will get an absolute kick out of. A Joker inspired poster starring Droopy Dog is by far the best and hopefully a sign of things to come in the Hanna-Barbera shared universe we hopefully get in the future (Scoob was actually great! Fight me!)

Always keep in mind that this is a movie designed for kids and families, this audience will love the film and enjoy spending some time with these classic characters. The best parts of the film are definitely when we shift into Tom and Jerry’s view and they don’t interact with humans, hopefully in the future we can see more of that and less of the human stories. Tom & Jerry is a family film that everyone will enjoy, if you are looking for a family trip to the movies, this is definitely the one for you.