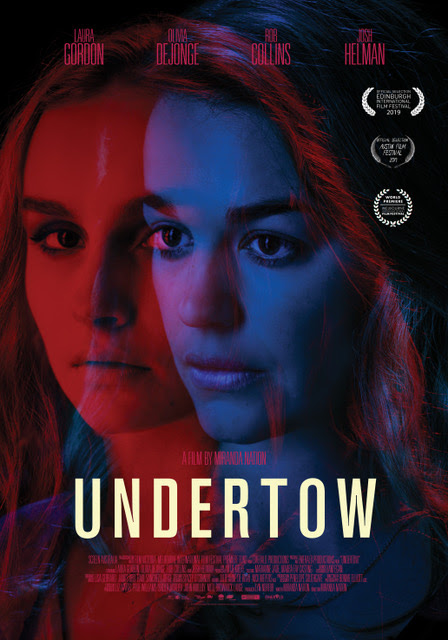 There is something greatly unsettling about Undertow. There is also something wonderfully human intertwined with death, love and the desperate want for a connection to someone or something.

Undertow is the first feature from the Director Miranda Nation. With the support of the Melbourne International Film Festival Premiere Fund, Nation was able to write and direct Undertow in Geelong where she grew up.

Geelong and its stunning surf coast also gave the setting to the film which brought with it an unpredictable, calm and sometimes rough and choppy journey.

The film revolves around Claire who has a miscarriage and happens to find her husband Dan in what looks like a secret relationship with Angie. As it turns out Dan wasn’t having extramarital relations, he was looking after Angie after his best friend Brett got her pregnant.

Despite Claire having nothing to do with Angie and would be best dealing with her own mental health after having a miscarriage, she becomes somewhat obsessed with Angie and begins to stalk her. Her obsession grows stronger and eventually leads to an abusive unwanted relationship.

After a series of unfortunate events, Angie and Claire find themselves in the same position, childless and whilst having loved ones around, a sense of being alone.

Not only is the cast of the film lead by some strong female characters the crew are also female led. The Cinematographer is Bonnie Elliot who managed to capture something truly delicate and intimate whilst the protagonist battles some inner demons.

Writer and Director Miranda Nation has managed to capture something not many are able to articulate. There happens to be a number of scenes with female nudity. But somehow, all the sexuality of it has been taken out and what is left is a vulnerable woman. Her naked body only just one part of what is going on in her mind.

The lead actress is Laura Gordon who plays Claire. Gordon has a strong history of Australian TV and film including Blue Heelers, Secret City and Winners and Losers. Gordon falls into this character’s mental state so naturally. You can feel she is constantly lost inside her own head.

Undertow is not only a thriller and a drama as it is a female’s journey to self-acceptance and finding her place in a turbulent world. The use of coastal cinematography compliments the choppy action revolving around pregnancy and miscarriages. With some outstanding performances along with some superb direction, Undertow tells a complicated Australian story right from our own back yard.