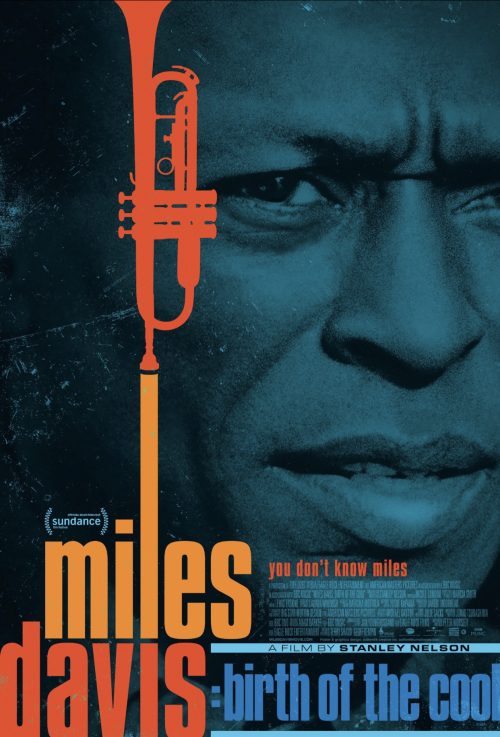 Miles Davis was a jazz musician with a big impact on the music industry. Even up to this day, a cultural phenomenon who didn’t play by the rules, but did everything on his own terms and with success. Interestingly enough, there hasn’t really been a decent documentary made about his life, until now.

Director Stanley Nelson takes us backstage and on to a journey into the highs and lows of Davis’ career and personal life, with the respect this legend deserves. He shows us his road to success, breaks down his relationships and doesn’t shy away from the darker side of his breakdown. Every strength and weakness gets discussed in detail and analysed by professionals and musicians who had the chance to meet the man himself. From Quincy Jones and Carlos Santana to his children. For the hardcore fans, some of the footage might look familiar, but there is new material being shown that has been archived for years.

Miles Davis comes from a honourable family, but still has to deal with segregation in Illinois, in spite of his talent and success. After becoming a breakout star in the United States of America, he embarks on a European tour where he gets welcomed as a world star. City of love, Paris has a huge impact on his future career, but this dream doesn’t last long as he needs to return back to New York, where he always felt like living in a confined domain. An addiction to heroin, and depression soon haunt him for the rest of his life. Always being afraid of becoming the mirror image of his abusive father, he becomes just that. His former partners speak out on the violence they had to endure and how they were able to escape that toxic environment.

His music gets analysed and we hear plenty of his early style of jazz – bebop – growing into the more experimental phase of his music into the 70s. His sound was unique, even when he reimagined himself completely when stepping back into the scene the last decade of his life. A king that will always be remembered by his success, style and class.

The film itself wants to connect mostly with a more jazz-familiar audience than a younger one that grew up with poppy forgettable tunes. But when disregarding that certain audience, you might miss out on the opportunity to pull that group in and take them on that journey that is Miles Davis. You can tell his estate was heavily involved in the making of this film, by the amount of footage and music used – it’s impressive and that’s certainly understated. But what is noticeable in music docs this decade, is the lack of subjectiveness. This could make the film more visually pleasing and go even deeper into Davis’ music and career.

Miles Davis: Birth of the Cool gives us a look at the legendary musician’s tortured soul who was unpredictable in his actions as in his craft. He changed the game for everyone with his creativity and point of view. If only they showcased that bolder side of his personality, this film could’ve become something more than just solid.