Review - I Am Mother 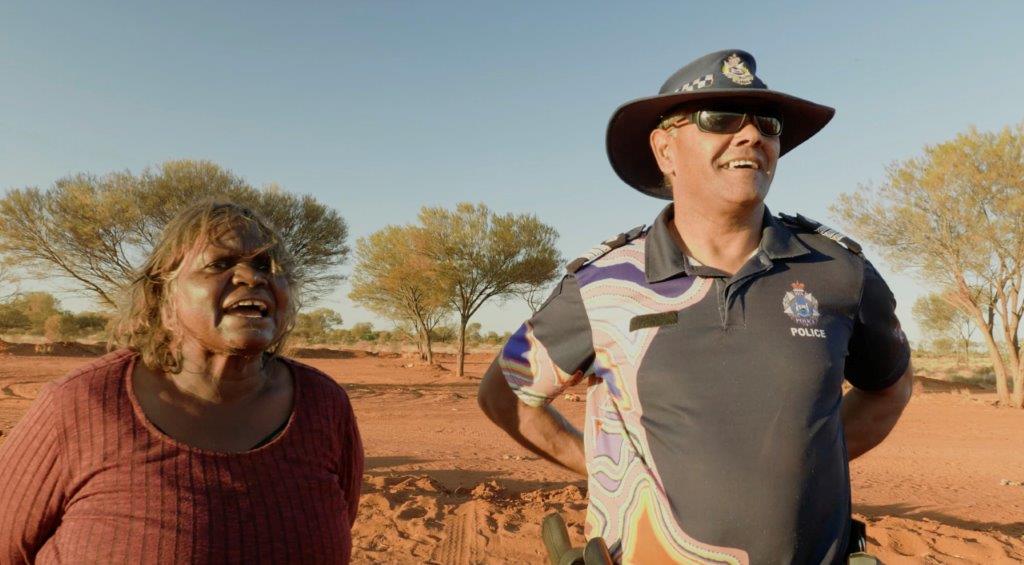 Set to the backdrop of rural Western Australia, Our Law is the heart-warming look into the relationship between Indigenous Police officers Brevet Sergeant Wendy Kelly and Brevet Senior Sergeant Revis Ryder, and the Aboriginal community who resides in Warakurna.

Wendy Kelly is approaching her final weeks as an officer in this community, and this documentary captures her dealing with the emotions that comes with leaving behind the people she has come to know and love.

Alongside with Kelly, Revis Ryder have gone beyond the expectations of what society would normally expect from a rural officer. Both have taken on the task to learn the Aboriginal language’s used by elder’s in the tribes the reside in the Warakurna area in order to better communicate and appreciate their culture and heritage.

Being an ex-footy player, Ryder also undertakes the task of coaching the local AFL team, taking the boys and men of this community and making them part of this team. But at the forefront of all their self-less actions, there is an unbreakable sense that all the officers want is for their people to be cared for, protected and find strength from within their community – and Our Law states this clearly and well.

Our Law showcases the beauty of the Australian outback, with beautiful scenery all around, only to be amplified by the beautiful, kind-hearted nature of Kelly and Ryder, the Indigenous people of the Warakurna area and the bond they all share.

Following the death of her parents, director Allison Chhorn uses this experimental documentary as a form of catharsis by constructing a narrative surrounding the green house her parents use to work in, overcoming grief and how these 2 seemingly separate element collide in an emotional finale that will undoubtedly cause you’re heart to break.

The documentary opens with a point-of-view driving shot. The first shot is headlights beaming over a cemetery early in the morning, with the subtitle: “Mum. 1959 -2014”. After a few minutes of driving, the car pulls over to a light post on the side of the road. At the base of the post is a small vigil. The text of screen: “Dad. 1959 – 2015”. Immediately, the emotional gravity and understanding of grief hits home.

The Plastic House is incredibly intimate and subtle. Predominately a dialogue-less film, the story is told through scenes of Chhorn slowly revitalising the green house. Taking out all the dead plants and weeds, planting new seeds and watching the new life grow serves as an allegory for the loss of her parents and how she attempts to create a new life were their memory and legacy continues.

This minimalist approach taken to tell Chhorn’s story allows for an emotional enhancement that is not generally seen in standard-form narratives. Chhorn (also the film’s sound editor) utilises sound incredibly well in The Plastic House. Rain bellows down on to the plastic covering of the green house, dead weeds are pulled with ferocity and silence is louder than words. The abstract framing of each shot seemingly provides an insight in to the mind of our subject. There isn’t always a clear focus on what the plan is initially, but as life begins to grow, green and beauty is revealed, adding life to the story.

Even though The Plastic House only clocks in at 46 minutes, the runtime has still capture what feels like a life time of work – both physically and emotional. The slow burn of watching the physical labour sets up the emotional pay-offs within the story very well.

The Plastic House is a fantastic use of experimental filmmaking, in which there is no denying the emotional impact it will have if you invest your empathy into Chhorn’s story.

Like Loading...
Newsletter Signup
In this article:nicksflicksfix, our law, sff, sydney film festival 2020, the plastic house
Up Next: