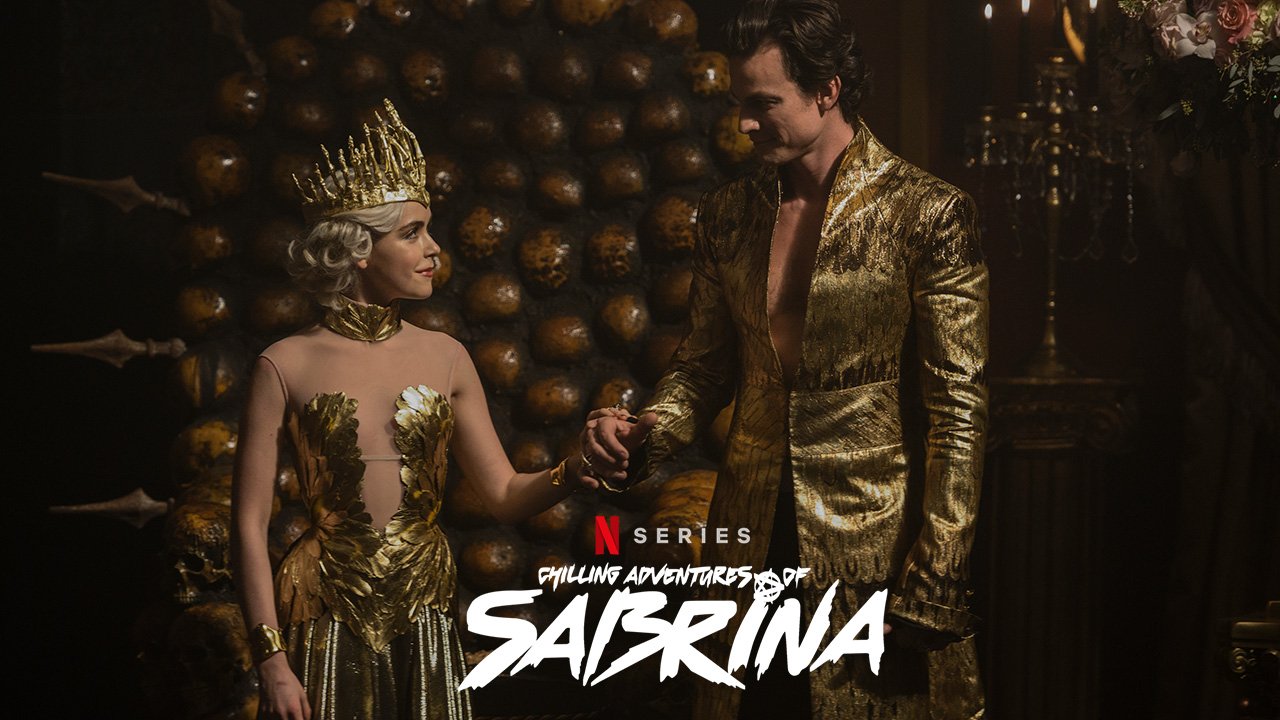 Chilling Adventures of Sabrina is back and just as strong as ever with season 3! The new season follows Sabrina as Queen of Hell as she attempts to rescue Nick from her father’s clutches, drag deserving souls to hell, fight to keep the throne against the cunning Caliban, keep up with her school work, make time for her friends and family, AND even join the cheerleading squad! It sounds like a busy time in Sabrina’s life – and she pulls it off wonderfully while covered in blood (more times than you’d think).

The season immediately starts off dark and continues throughout, this is of course is what we’ve come to expect from a show as dark as the new Sabrina, but it still delivers on the shock, cringe, gore, and comedic factor brilliantly.

With another season comes new characters and furthering the progress of your favourite characters, many of the new characters are pretty enjoyable, but there are others that cause their subplot to drag. You have to give praise where praise is due and in regards to Sabrina they have been all over representation that many other types of media continuously neglect.

One of the only glaring issues I found with this season, that I feel may split the audience. There were times where I honestly thought the show was becoming a musical. Some of the scenes were charming and fun, a few others just became an annoyance when it began to hinder the main plot for absolutely no reason other than to showcase the casts singing talent.

Seasons 1 and 2 of Chilling Adventures of Sabrina, while enjoyable didn’t have me fully drawn into the story and consequences quite like this season did. Easily the best season so far, and I’m excited to see what they do with season 4!

Like Loading...
Newsletter Signup
In this article:2020 shows that rock, 2020 tv shows, chilling adventures of sabrina season 3, netflix, sandra porter review
Up Next: