Too Hot To Handle Review 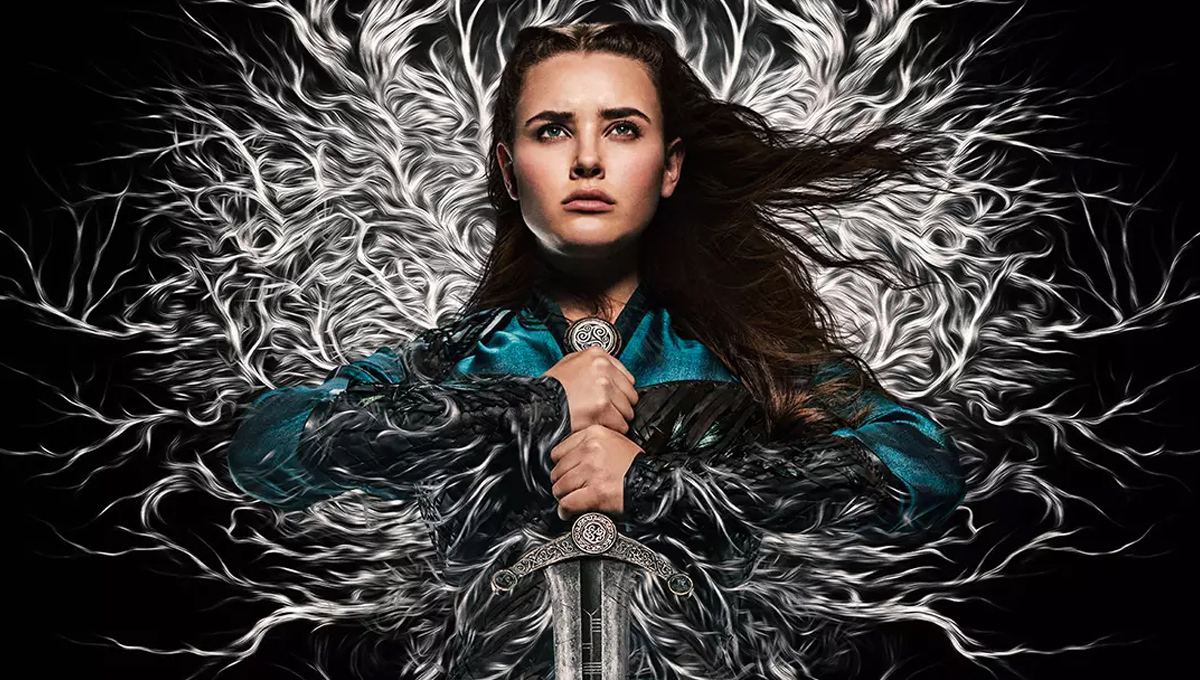 Cursed is the latest streaming masterpiece to dazzle us on Netflix, the first season is complete of 10, one hour long episodes and each episode is beautifully told with descriptive storytelling and breathtaking cinematography, following the adventure of Nimue as she discovers more about her Fey history/livelihood while delivering the sword to Merlin the Magician.

I would love to know the production value on each episode, because it constantly feels like I’m watching a Hollywood blockbuster or the latest episode of Game of Thrones – the amount of effort into the set design, the costume design, the makeup and hair design, and the special effects are just the tip of the iceberg in such a groundbreaking show.

The cast brings their all to each episode and scene, with the spot on casting picks of Katherine Longford in the lead role of Nimue – Katherine demands the spotlight in every scene that she is in. As we have come to expect from her role as Hannah Baker in 13 Reasons Why, this is one star that everyone should be on the lookout for, and I love that Netflix keeps constantly giving her this stage to work on. The next cast member that demands attention and who I have loved for the past several years is Gustaf Skarsgard, most known for his role as Floki in Vikings – he demands the attention once again is the somewhat questionable and lovable Merlin. Gustaf has always suited such extravagant roles – going from Vikings to Cursed is a great move.

Of course this takes nothing away from the other cast members who are also incredible, such as Devon Terrell as Arthur, Daniel Sharman, Matt Stokoe, Sebastian Armesto, Shalom Brune-Franklin, Emily Coates – just to name a few. The cast is wide and varied with multiple skills and talent behind them.

The storytelling is brilliant, and it uses a type of illustration shown through the opening titles during the episodes to represent a change in chapters, and every illustration is gorgeous and well placed. Similar to the epic adventure movies we have come to love, and similar TV shows such Game of Thrones, Vikings, and most recently The Witcher.

The show doesn’t shy away from heavy topics such as same sex representation, bi-racial relationships, and the workings of religion and cults. Many episodes are confronting with horrific scenery and brutal deaths – they don’t shy away from excess violence and blood. So understandably this show is not for everyone, but I absolutely love and adore this show and I cannot recommend it highly enough.

Not only is the cast brilliant, the storytelling and cinematography is gorgeous. It balances the beauty and horror magnificently to create such an incredible and one of a kind world. If you enjoyed TV shows such as The Witcher, Game of Thrones, Vikings, and A Discovery of Witches you will absolutely love this. It is also very similar to the movie and its sequel Maleficent.

The only downfall I can find with the show is some scenes can be a little too dark at times and it’s hard to see what’s happening in earlier episodes but this is fixed up as the show continues.

With only 10 episodes, it won’t take much of your time to sit down and enjoy this masterpiece of a show. So watch it once, and then watch it a couple of more times so we definitely get season 2!!!

Cursed is streaming on Netflix today!!! So get on it and spend your weekend watching this amazing new show.

Too Hot To Handle Review