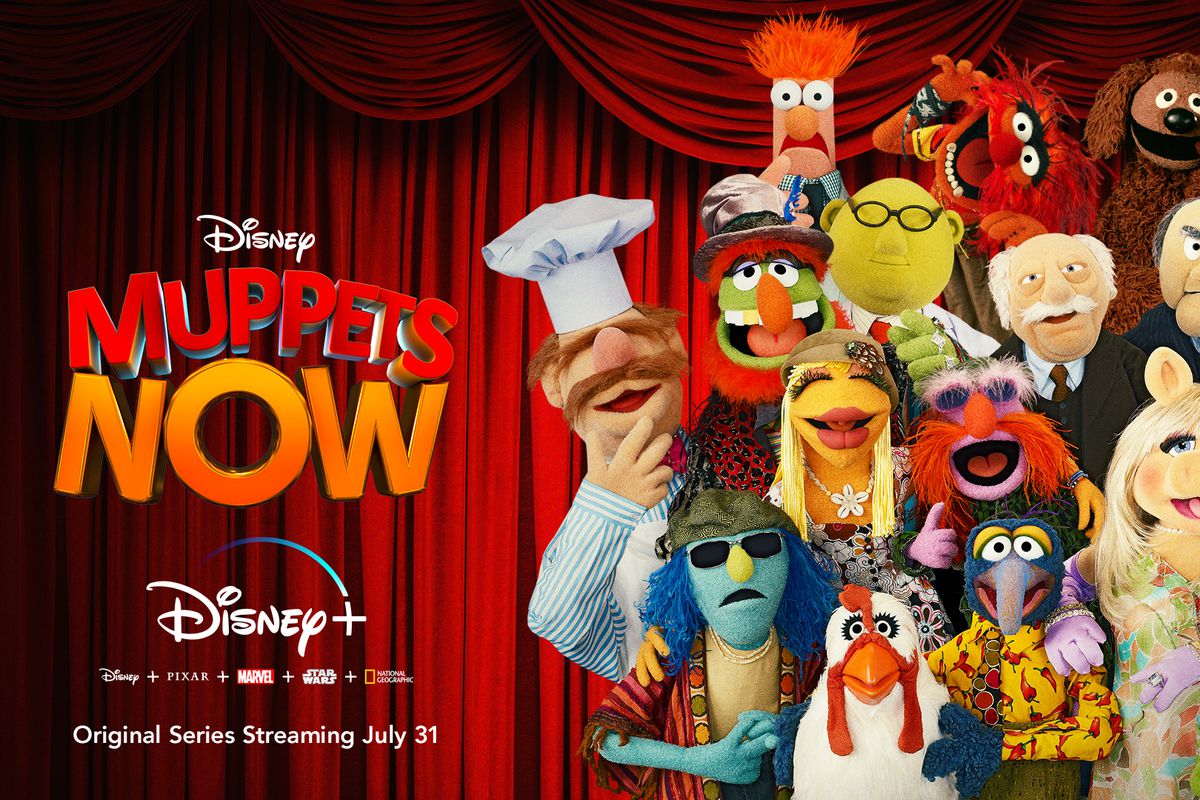 The Muppets have returned to the silver-screen at home once again, this time revamping their format of The Muppets Show of old for the digital age. All the classic favourites have returned along with addition of some new Muppet friends and a plethora of celebrity cameos for a fast-paced, fun time for the whole family.

Taking on the form of a semi-improvised online variety show being created for Disney+ (in pure Muppets-being-meta taste), each episode begins with Scooter, the producer of Muppets Now, in the process of uploading the latest episode to Disney’s streaming service. As he gets bombarded with calls, emails and FaceTime’s from various members of the Muppets disrupting his attempts to get the show uploaded on time, the scramble to get all the segments creates fun and enjoyable segues between each of the episodes four segments.

The Muppets have always been able to create a blend of comedy that is suitable for all ages, and Muppets Now is no exception. There is enough silly jokes and slapstick comedy for children to lose it laughing (and arguably man-children too… e.g. the person writing this review). Then in an instant, a one-off, witty comment or subtle visual gag that would go over a younger audience’s heads, lands perfectly for a more mature audience. The comedy has evolved for a modern audience. While the Muppets have always been absurd and quirky, this iteration of their show feels like “2020 comedy”. It’s fast-paced and witty, it’s not afraid to get a little weird with its scenarios and it’s incredibly satirical in its takes on the modern television format.

The segments throughout the show include Miss Piggy’s lifestyle vlogs in which she gives exercise and beauty tips with Taye Diggs as a recurring guest (which leads to interesting chemistry between him and Miss Piggy); a game show that has zero rules hosted by King Prawn Pepe; an intimate one-on-one chat show hosted by Kermit which attracts all the other Muppets to come and talk to the celebrity being interviewed; an at home cooking competition between celebrities and Swedish Chef where complete chaos ensure; and a science show with Dr. Bunsen Honeydew and his assistant beaker where science comes second to just destroying things in the name of science. Each different segment is self-aware enough to balance the fine line of sticking to the actual format of the show it’s parodying, then simultaneously being a parody.

Muppets Now focuses on our main favourite characters and sprinkle in some fan favourite minor characters throughout, bringing much needed familiarity for audiences. Miss Piggy is vibrant and energetic whilst maintaining her diva status (which is endorsed as a term of endearment by guest star Ru Paul) as a highlight of the show. Kermit pops in and out while neurotically trying to keep control of all the chaos; Fozzy Bear is trying to peddle hundreds of new segment ideas for the show; and Gonzo is still poor old Gonzo.

Then with a guest star list as big as this, filled with celebrities who obviously look like they are having a blast hanging out with the Muppets, it’s impossible to not have a big grin on your face as they’re all put in this ridiculous scenarios. As previously mention, Taye Diggs pops up alongside Linda Cardelleni in Miss Piggy’s vlogs. Celebrity chefs Roy Choi, Carlina Will and Guiseppe Losavio with actor Danny Trejo take on Swedish Chef in his cooking show. And Kermit gets to sit down with the likes of the aforementioned Ru Paul, as well as Aubrey Plaza and Seth Rogen. Even when you would expect the celebrity to be out of their element (i.e. Danny Trejo on a cooking show), the amount of fun that is being had on screen by these stars makes for a fantastic viewing experience.

Muppets Now isn’t revolutionising television in any new ways, but in a time where a good laugh and a bit of light and easy fun is needed more than ever, fans of the Muppets will not be disappointed in the slightest!