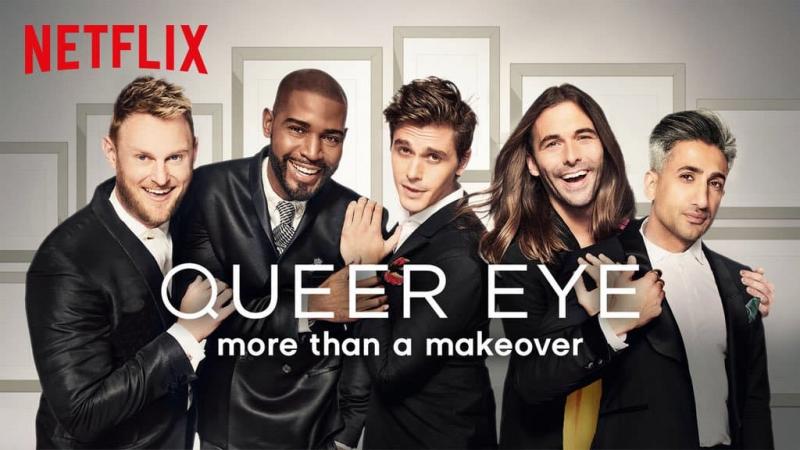 It’s been a long time since the last season of Queer Eye and while the third season was definitely the least strong of the series so far, season 4 is here with a brand new set of heroes ready to make you ugly cry as the Fab 5 deliver a solid season of laughs, emotions and transformations.

This time around the Fab 5 stay local, honing in on the Kansas area. This time around we meet a real blend of colourful characters including a farmer who has never had a gay person in his house before, a war vet turned tradie who hasn’t finished the reno on his own house and by far one of the best episodes going to Jonathan’s high school to make over one of his old and influential teachers.

This season moves really quickly with some continually great moments that showcase just how much these guys have grown into their roles and continually push to improve and make it all about the hero and their journey rather than their O.T.T personalities. In particular this season really belongs to Jonathon, witnessing his overwhelming positivity can be somewhat exhausting to watch in previous seasons. This time around he showcases a vulnerable side opening up about his past and the hard times he had growing up. We have seen this from the other guys in the group in previous seasons, but there is something so vulnerable and honest about Jonathan’s arc this season that comes to a full swell when he goes to his old high school.

The editing on this show is sharp and stronger this season. The colour and contrast of farmland and Kansas city contrast beautifully. There is an episode in which the Fab 5 help a Latino woman find her place in the community and showcasing their work around their base makes it feel even more personal as they bring their heroes into their loft for makeovers and cooking lessons.

This show was such a risk, it could have gone horribly wrong. The previous show felt like it was perpetuating a stereotype about gay men, and this show has completely destroyed all that and proved to be this huge beacon for positivity and inclusivity that is rare on the small screen (or big screen for that matter!)

Queer Eye season 4 is your perfect weekend binge with plenty of tissues, chocolate and hot tea to get you through. You can binge your way through 8 new episodes on July 19.

Review – Tales of the City