Podcast Of The Week: TOFOP 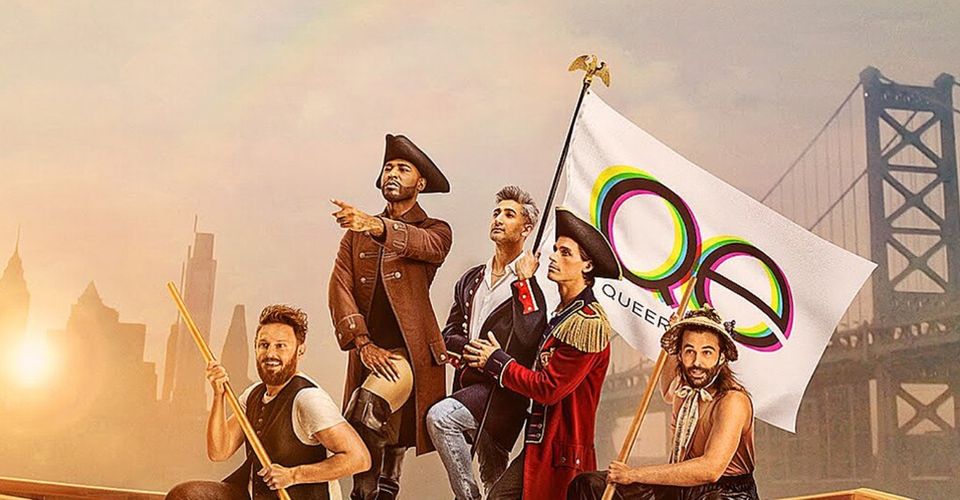 The Fab 5 are back for the fifth season of the hit reality show. After Netflix churned out 4 seasons really quickly and as a result some of the production and editing started getting a bit stale. It’s been a while since Japan shook the format up a bit and now season 5 comes at the perfect time when we need a rush of happiness and positivity in all of our lives.

This season the Fab 5 are stationed in Philadelphia and a huge season of varying heroes showcase some diversity from Noah, the pastor of a church who holds a community for everyone. He came out in his 30’s who has experienced a lifetime of homophobia growing up in the church. This is something that really resonated with me, having a similar upbringing, the harshness of killing that part of you is so real for so many in the LGBTQI community. This episode comes with a massive trigger warning, the way that the Fab 5 handle the sensitive subject matter and the transformation is one of the best in the entire series to date. Fiancial issues are looked at with a homeless man who has just started working and needs a leg up and reconnection to his family. While these are they typical heroes from previous seasons that you root for immediately.

What really took me by surrpise was Episode 5, a Gen Z activist who gave up her studies and is living in a community championing climate change. It really showcased that while these are portrayed as “hippies” in the media, this epsidoe really highlights them as real and relateable people. It was life-changing for me to see this journey and the support of her parents.

This season the producers and editers have done an incredible job of snapping up the editing. There are quicker cuts between scenes and introducing the heroes into the dancing segway scenes are a great way to really make them feel at the heart and centre of the show. There also seems to be a shift in the shops that they take their heroes to. A lot of lower end department stores like IKEA and Pottery Barn, West Elm were seemingly matched to the heroes income. This has been a constant conplaint of the show to date, this should help the heroes be able to shop in places that are affordable and match their income bracket.

The Fab 5 are in fine form this season, every year they bring the love, compassion and fabulosity. This time around it feels on steroids, there is an energy level and connection witheach and every hero that permeates the show with a strong level of authenticity. This year’s MVP goes to Jonathon, he really connects with the heroes and goes out of his way to make them feel accepted and understood. One of the heroes has dreadlocks and instead of taking the reigns, he hands the reigns over to a African American who knows what they are doing. All of this accelerates the shows authentic message of love, inclusiveness and positivity.

Season 5 of Queer Eye is a massive step forward in both heroes and production quality for the show. The first few seasons felt rushed out and this time around it appears the show has been allowed to breathe and have some time to tweak things creatively to push it forward. If you haven’t been a fan of the first few seasons, this is the time to jump on board. This season has a sense of refinement and polish that will pull anyone out of their depressed ISO mood and into a much better mindframe. I know that it did it for me, I stretched it out to watch an episode or two every day and my mood lifted considerably.

Queer Eye season 5 is streaming on Netflix Friday at 6pm.