A desperate attempt in forcing DC Comics to the big screen, Batman v Superman: Dawn of Justice fatigues its audience with an over bloated, dull and lazy battle against two of comic book history’s greatest superheroes.

The Dawn of Zack Snyder. In a year riddled with superheroes, both in film and television, March continues the reign once again in one of the most anticipated films of the year. The Man of Steel versus the Dark Knight in this latest head to head battle of superhero glory. Surely it must be grand, right? Hell to the no. Classic Snyder.

Following the devastation and destruction of Metropolis in Man of Steel, Bruce Wayne vows to seek retribution for his fallen allies during the battle between Superman and General Zod. Fearing his god-like abilities would coalesce to further chaos, Wayne dons his mantle as the Dark Knight of Gotham City in a head to head battle against the Kryptonian alien. Meanwhile, the sadistic and masochistic Lex Luthor schemes his most diabolical plan, one that threatens the very existence of mankind. Classic.

The stigma that plagues superhero films is undoubtably alive this year. Yet in the midst of the game-changing lunacy of Deadpool to the violently entertaining nature of Marvel’s Daredevil, the genre, whilst a loud and present one, deliver in what they proclaim to advertise. Sadly, Batman v Superman: Dawn of Justice in its very nature sees the genre at its low. Faced amongst the backlash of Man of Steel, director Zack Snyder clearly fails to achieve a breath of energy nor a sense of fun in this immensely dreary two and a half hour smug fest of a film. Juggling far too many narratives in the film’s never-ending first half, the introduction of far too many characters, plot and questionable actions lead the film to a grinding and unfortunate drag, effectively making Man of Steel look like Citizen Kane.

Firstly, amongst barricades of scrutiny and controversy, Ben Affleck satisfies as the dark, brooding character that plagues Bruce Wayne and his costumed alter-ego in Batman. A Batman that sits proudly along the ranks of Keaton and Bale, the motives for Bruce Wayne are on display and most important, are felt. We as an audience understand why his blood boils for Superman and clearly, Snyder really pushes to ensure Affleck’s performance, in all its mighty and violent form, won’t go unnoticed. However of course, in traditional Zack Snyder fashion,Batman v Superman sees the filmmaker tinker with character philosophy once more. A Snyder deficiency, Batman is as brutal in his violence as ever before. Branding his victims with his infamous symbol to even killing his enemies, Snyder’s Batman, for better or worse, is a killer and whether audiences and fans can appreciate that is up to their viewing. Jeremy Irons’ rendition of Alfred is thankfully a worthy one, working much on a much more hands-on approach to Batman, delivering a wonderful back and forth between Affleck’s Bruce Wayne.

Even after the events of Man of Steel, Snyder once again oddly infatuates over a continuously growing death toll in his films, completely subverting character philosophy and just reasoning. The ideologies of Superman are followed-up after the crisis of Metropolis as the world questions the need of a hero or have Superman face being proclaimed as a false god. Here, the film explores these thematics early, but yet of course, never fully pursue it to classic Snyder-isms. Henry Cavill remains more or less the same as he was in Man of Steel. Yet even after his quite often dull moments of his predecessor, Batman v Superman manages to make an even boring rendition of DC’s most celebrated icon. Superman never offers anything new here, even as the screenplay attempts to do so. His concerned need to prove himself to the general population is immediately washed away, thanks to a poorly conceived and overstuffed screenplay. A bloated first act, screenwriters Chris Terrio and David S. Goyer attempt to establish far too many characters into one cohesive narrative that instead, become a facade of side plots in an overlong epic. While dialogue sees Terrio at his finest point, the narrative deviates to something of a rush overnight job.

The side narrative of Holly Hunter’s Senator Finch is unbelievable dull whilst Scoot McNairy’s led scenes serve no relevance to film’s overall impact. Bruce Wayne attempts conjure up the dots in finding Superman, all the while Lex Luthor prepares a poorly motivated scheme with some kryptonite. Lois Lane does her usual reporting through the film’s early story, but again, goes nowhere relevant. All the more, a cool looking Knightmare sequence offers enough fan service to salivate over, but in the context of the film’s narrative, serves little to no point in the film’s already bloated narrative. Snyder at his most laziest of storytelling saw our audience yawning and fidgeting profusely in their seats, just wishing and wanting the next scene will redeem the film’s already lacklustre qualities. And in attempt to juggle all these characters, they almost all immediately fall by the film’s inevitable title battle.

If not more scrutinised than Affleck at the announcement of his casting, Jesse Eisenberg in his awkward twitchy teenage-angsty role of Lex Luthor will undoubtably annoy and polarise moviegoers. An overall mixed bag of a performance, Eisenberg’s awkward tendencies and visible twitches distract more than they entertain. However, in surprising dark and threatening moments he excels in his given scenes in yet a prime example of overacting. To the dismay of the simpleton of movie goers, Luthor’s motive and machinations in destroying Superman are never fully realised, in fact they may never have been mentioned at all. In the context of comic books and story-thred narratives across a slew of comic issues, Luthor’s very angst towards Superman is never founded in the film, a rivalry that is essentially based on nothing. Eisenberg, while having fun more so than recent performances, commits himself to Luthor continuously throughout this slugfest of a superhero movie. Whether or not an audience wishes to see more of that remains up in the air.

But yet of course, by the time the eventual fight against the two legacy superheroes reaches its due, it’s far too late to salvage the mess that already is. Backed by an unsurprising levels of Zack Snyder CGI explosions and beat-down violence, the fight pitted between the Son of Krypton and the Bat of Gotham is indeed visually spectacular, but the catalyst that initiates the fight is rushed and questionable. Batman’s armoured suit looks undeniably awesome within the Gotham City rain and as the superheroes duke it out, there is plenty to admire for DC’s most die hard fans, from the fury that glows in Batman’s eyes whilst Superman’s violent temper is out on display. Yet even here, the action fails to subtract from the messy narrative that preceded the fight itself that only acts as a pathway to the film’s eventual final act in Doomsday.

The film’s final act, gracefully ruined to us by Warner Bros’ marketing team, perhaps gives the audience their money’s worth after a train wreck of a buildup in redeeming popcorn munching fun. A CGI fest of Doomsday’s destruction over Gotham City, its scene may turn off Man of Steel detractors instantaneously, but seeing the Trinity in their first cinematic formation delivers a fun burst of energy in a film that ever so annoyingly lacked such. Gal Gadot’s debut appearance as Wonder Woman will undoubtably have the character’s comic book fans in infatuated crazes. Given a minuscule guitar riff theme from composers Hans Zimmer and Junkie XL, Wonder Woman easily redeems whatever sliver of hope remains of Batman v Superman. A pleasant performance, Wonder Woman shares on-screen dynamic between herself and Bruce Wayne but as the narrative paces along, it’s all an act to get the audience that much closer to the Justice League formation.

The Dawn of Justice will undoubtably satisfy the fandom in every DC fan’s mindset but for everyone else, the aspect will remain a worthless addition to a bloated mess. Forcing down the world building of  Justice League after two average films, the scenes and snippets of the characters to come are well in fact exciting for this potential universe, but again, make little impact on landing. A trait attempted by Sony’s The Amazing Spider-Man 2, Warner Bros’ attempt to replicate Marvel’s ever successful reign stinks of desperation. While having excited me about future Wonder Woman and Batman appearances in cinematic form, the future of the Justice League, orchestrated by Zack Snyder himself, only plummets DC’s transition to the movies even further. Batman v Superman: Dawn of Justice is a mess, yet a glorious and bombastic one at that. While all the money shots of the Trinity will have DC fans blowing loads, the quintessential story disappoints across the field – a terrible conclusion to a once highly anticipated effort. Here’s a tip, Zack. Maybe stop making films for the fans and start making films for everyone else. 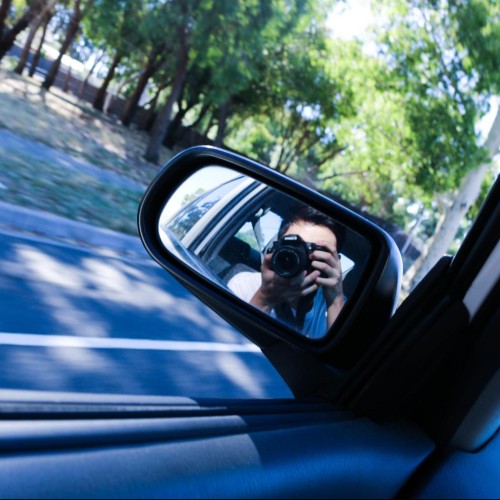