“All Hail The Duke!” – An Xbox Retrospective

Lately I have been making trips down memory lane and looking into all the previous generation consoles, games, controllers, accessories and feeling all kinds of fuzzy good feelings.

Probably my most fondest generation was the PS2, Xbox and Gamecube generation. My, oh my. So many great games and exclusive experiences. Each console was so very different and things were so simple back then. I remember the console wars was not as prevelant as it is today, yes we each had our teams, but it was somewhat respectable. Sony brought the Playstation 2 into the world and there was such great joy. Nintendo would be third out of the gate with their neat little propriatry filled product in true Ninty fashion. Yet there was a new comer on the field which beat ol’Ninty out the door: Microsoft’s Xbox.

Now I know what more than likely a lot of you are thinking: “What the hell? Why is this guy writing about that gigantic black box!? How dare he!”… How dare I, indeed. I dare to defy the haters out there and proclaim the Xbox as the most important console the have come out since the Playstation One. I must make this clear, I am not speaking through fanboy vocal chords or rose tinted glasses. You have to give it to Microsoft, yes it failed in Japan, but they ushered in the advent of making online console gaming a house hold staple, no longer the PC gamer’s exclusive club. They were also the first console to have an inbuilt hard drive for all your save games and music! This is where media capabilities on a console really got their stride on. Yes you could play CD’s and DVD’s like the PS2, however you could rip music to the 8gb hard drive and play your music instead of the game’s soundtrack that you were playing! To me that was amazing at the time! I played so much Aggressive Inline, Halo 2, Kung Fu Choas, Tao Feng, Blinx: The Timesweeper to the angelic melodies of Korn, Pantera, Slipknot and Fear Factory.

You’re might ask, “But, Chunt. What made you buy into a totally new unproven platform instead of jumping on the band wagon of already established machines?”

That’s a great question and I’m glad you asked. To be honest with you, I’ve always been one to root for the underdog, the new guy. I was the same with the Dreamcast and the Sega Saturn before it. I knew the PS2 would do gangbusters and Nintendo is Nintendo, yet I wanted something new to experience and the Xbox was just want I wanted. Inspite of what others might say about the orignal Xbox being a garish and audacious looking box, I was drawn to it.

The design of the console itself really stood out as it’s own beast. The “X” cross on the top with the green circle gem with the “Xbox” name in the middle. The grating all over. The green LED ring on around the eject button. To be truly honest with you though, what really drew me to the console was the original controller fondly named, “The Duke”. While others I knew or others around the world (specially in Japan) were thinking: “CRIPES! How do I get my hands around this thing!?”, I was in love. All it took was one firm touch. One moment where it was as if it was mean to be. It fit my hands like it was made for me. To this day I play my Xbox with my Duke rather than the “Controller S” they brough out after Japan walked the other way to appease those with a smaller hand span.

The Xbox Duke controller was also the first one to get the inverted analogue sticks layout right. To this point, realistically, the Playstation controller was the standard and was what we as a collective knew as the norm. I will admit with the inverted sticks it was a little mind crunch at first but once I got the hang of it I never looked back. It also made the triggers an awesome new addition. I loved how in your face and proud this controller was even with that giant “Xbox” gem right in the middle between everything. It was just so large and in charge and so confortable to play. Maybe that’s because I have somewhat large hands but I still get a kick out of it. I was having such an amazing personal experience with this console. I want you to understand, this was the first console I had ever owned myself (even if my Mum helped me buy it). So I had a strong ownership over the decision to buy this new player in the console market and all that was different about it. As a bonus a few other good friends of mine either already had one before I did or around the same time. I got mine 2 years into the life cycle from memory so there was enough out to play, so about 2003 sometime.

I enjoyed so many great exclusives, most I wish they would bring back: Tao Feng, Blinx: The Timesweeper, Crimson Skies, Jet Set Radio, Agressive Inline, Advent Rising, Jade Empire just to name a few. I recommend you check them out.

We all have our own favourite consoles from the past that we will always hold dear. For the reasons i’ve laid out here and more, the orignal Xbox is my strongest gaming memory. It is what really solidified gaming as a hobby for me and have been an Xbox supporter ever since. It is in my wildest dreams and imagination that Microsoft and Xbox would release a limited edition controller for the Xbox One in the style of the Duke. I would put good money down for that. #BringBackTheDuke – start trending it guys! 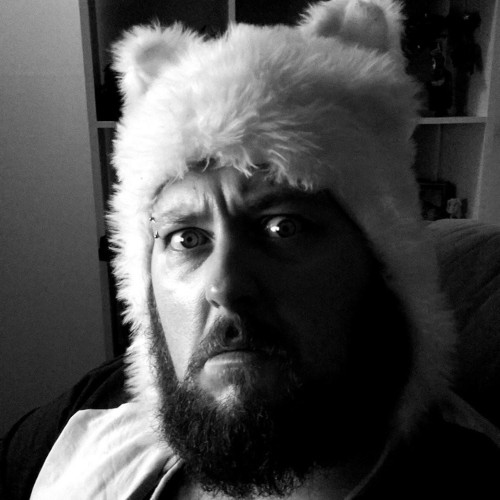