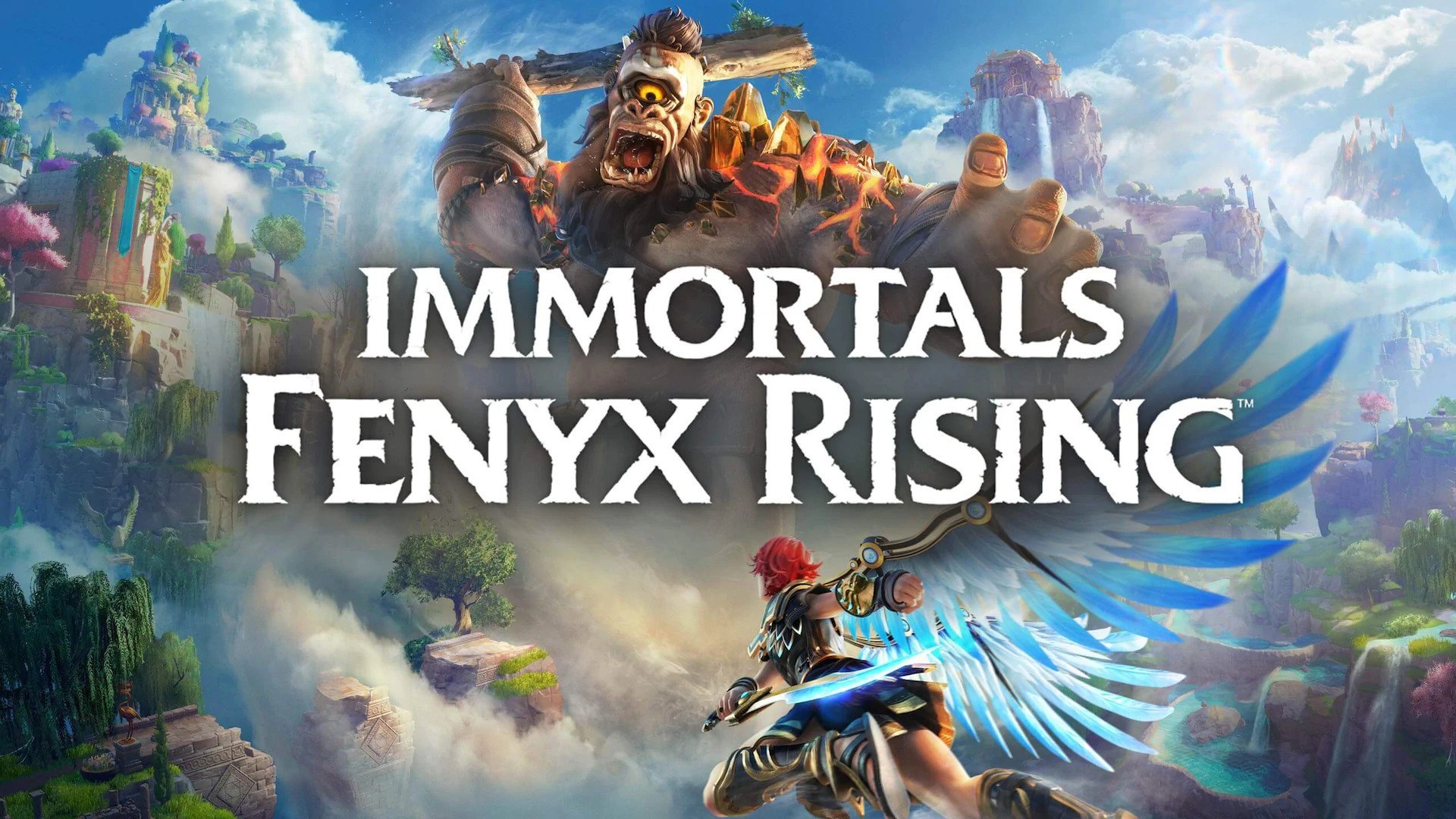 Ubisoft have had a really busy summer, this is the third game they released in the same month. While Watch Dogs Legion and Assassin’s Creed Valhalla were met with united critical and player acclaim, this new entry in the series has heralded in younger fans for a copy and paste job of Zelda : Breath Of The Wild. So copy and paste exact it is surprising that no legal action has been taken. That being said the game tries to have a sense of humour and whimsy about it with its Greek God influence, the story kicks in and elevates the game. While the gameplay is a lot lighter than other Ubisoft titles, it is a welcome change of pace that truly allows anyone to play.

The story revolves around our hero Fenyx, a fully customiseable Greek soldier who must reverse the god Typhon’s trickery in turning the other gods into chickens and trees. The bones o the story is restoring the gods and stopping Typhon from taking over the world. While there is nothing groundbreaking story wise, it does boast a huge open world with a distinct art style that looks absolutely beautiful on both old and new consoles alike. The god Hermes is your guide through the adventure and his base set at the Hall of Gods acts at the central home hub of the game. To add some much needed humour into the game the gods Prometheus (Elias Toufexis) and Zeus (Daniel Matmor) act as the narrators throughout Fenyx’s journey. The banter between the two and much needed adult humour is a constant comedic relief when the gameplay gets frustrating. The voice work from both Matmor and Toufexis are the standout performers in the game.

Gameplay wise this was a mixed bag for me. The game follows the Breath of The Wild style that sets a time limit on climbing, swimming and you really have to time your traversal carefully to be able to get through the world. Battling it out is probably the biggest issue I had with the game. As your strength and weapons level up, the enemies, in particular the boss ones do not. This makes the game feel incredibly easy to beat the further into it you get. While this may be great for younger gamers, battles became a chore and any enjoyment was lost as I was trying to quickly get through it to the next area as it posed little challenge. You can easily switch through weapons which is crucial in the first 10 hours of the game, but this is also held back by the lack of difficulty with the boss battles.

While the gameplay is heavily inspired by Breath of the Wild, there are issues with the puzzles in this game. They lack the originality and complexity of the Zelda titles which squarely aims Immortals Fenyx Rising at entry level gamers. This is something that could defiitely be developed throughout the series as it progresses, but for experienced gamers it is a let down.

Visually the game is striking. The blend of 2D/3D art style absolutely shines on next gen consoles whil holding up beautifully on the Nintendo Switch. The colours of the world and water pop out of the screen that create a rich new landscape for this style of game outside of the Zelda series. This is really emphasised as each area that Fenyx explores with the different gods is themed to their powers and this helps the world feel real and lived in.

Immortals : Fenyx Rising attempts to re-create an Assassins Creed style open world game on a smaller scale that will appeal to the audience that Ubisoft are missing out on, entry level gamers and younger teenagers who aren’t quiet up to the challenge of something like Assassin’s Creed or Watch Dogs. That being said if you are heavily into greek gods you will relish in the personalities of each one that are littered throughout this game. While the gameplay may be not as innovatie as it wants you to think it is, it does offer a more laid back approach to a Zelda style game. The voice acting is top notch and the design should be praised for its unique approach to the world. If you are looking for true innovation then this is probably not the game for you. If you enjoy light hearted open world romps, this will suit you perfectly and if you are a parent looking to offer your kids an open world adventure that is suitable for all ages, then this comes highly recommended. While it may sound that I have been quick nitpicky throughout this review, it is only because there is so much potential for this franchise that I really want to see some massive improvements in the next iteration to create a great new franchise.