Hindsight is, as they say, 20/20. It’s often hard for us to see glaring problems staring us in the face at the time because…well, I don’t actually know really, I guess selective blindness? Anyway, my point in bringing this up here is that Naughty Dog in developing Crash 2 clearly benefitted from a lot of 20/20 vision, because high sweet holy hell is Crash Bandicoot 2: Cortex Strikes Back just about better than the original Crash Bandicoot in about every single way.

Right off the bat, Crash 2 just feels like a significantly better game to play than its predecessor. Of course given that thumb sticks on PlayStation controllers were commonplace at the point of the original game’s development, its not surprising that it does handle better, but the difference when both games are put side-by-side really is staggering. Crash (or Coco’s) movements really have a much better flow to them. Jumps no longer feel finicky and over-precise to the point of clunkiness, with the benefit of fully integrated thumb stick articulation that doesn’t have to fight against the nature of the original version lacking that specific accessibility. The improved sense of depth in articulation and pacing of movement gels pretty fantastically with the newer movement mechanics like crouching and high jumping, and everything just feels a little less rigid overall. Oftentimes Crash Bandicoot will present you with obstacles or jumps and the like where the particular approach has to be essentially identical every time, but Crash 2 presents a little more flexibility in that regard: not nailing something perfectly doesn’t immediately mean you’re gone, basically, and there is a margin of error in Crash 2 that is profoundly refreshing after the original’s completely unforgiving design philosophy.

Of course, that’s not the end of Crash 2’s apparent improvements. Its clear Naughty Dog may have realised that Crash Bandicoot was insanely and miserably frustrating to play, and Crash 2 brings with it a whole raft of anti-frustration features. I think the most notable in this regard was going from a linear level progression to the semi-linear warp room level structure. Whereas Crash Bandicoot flipped you a double bird and told you to suck it if you ever got seriously stumped on a level, Crash 2 simply gives you one middle finger and then points toward a different level instead, which means if nothing else you don’t get stuck repeating the same levels and sequences or and over again ad nauseum.

Crash 2 is also a great deal more consistent across the board as far as managing the rising incline of difficulty and challenge in its levels. While there’s a pretty noticeable spike in difficulty pretty much from after the first island onwards in Crash Bandicoot’s, Crash 2’s difficulty feels like a much more level incline upward. The first few levels ease you in to the typical loops and situations you’ll encounter, and every similar level after that gradually ratchets things up at a natural and appropriate pace, although it should still be said that the boss fights continue to be absurdly easy. But that aside, This was like a dream for me after playing the first Crash Bandicoot: while I coasted a little bit early on, I never felt like things were entirely too easily, but unlike Crash Bandicoot, when I ran into a tougher level I wasn’t discouraged from pushing on because felt entirely too brutal. Its difficult to quantify exactly, but the overall vibe of Crash 2 is one that is significantly more welcoming than the original Crash Bandicoot without being insulting, and Crash 2 as a remaster now seems like something you could actually recommend to someone who wasn’t a fan of the games already from way back when.

If there’s one thing that Crash 2 doesn’t necessarily exceed its predecessor in, its imagination in level designs. While there are some nifty levels that have some fun moments and sequences (including the later jet pack levels, which I enjoyed waaaaaaay more than I thought I would), a lot of the other levels tend to feel a little bland visually and derivative of stuff in the original game, with the benefit of hindsight. While I can see the deliberate decisions behind calling back to previous kinds of levels, it would have been nice to see more that strayed further from established and familiar territories. But derivative design aside, the levels are actually fun to play through, which really makes all the difference. Playing through Crash Bandicoot again, I quickly came to balk at the thought of replaying any of those condensed nightmares again to get the extra gems or the time trial relics, but with Crash 2, the idea of revisiting levels to nab gems and relics and what-not is actually exciting, as opposed to heart-attack inducing.

Something that I glossed over a little bit in my review of the first Crash Bandicoot is just how slick the presentation of the Crash franchise has always been. So why don’t talk about it a little more now for the one I actually like? The remaster has done a lot to make an already attractive game even more attractive: the visuals in the environments and the character models are memorable and incredibly appealing, and really pop off of the screen. There’s also a really great level of detail in a lot of really pleasingly subtle ways. Both Crash and Coco have a great range of fun little animations and quirks that really imbue them with this lovely charm which feels quaint, albeit in the best way possible. Whether its leaving Crash to pull out some sick yo-yo tricks, or Coco to get so bored she starts mucking around on her phone, its these little touches of personality that really endeared me to the Crash franchise in the first place and its nice to see it back and looking better than ever. There’s also a delightful number of death animations that are rather comprehensive in variety: Crash or Coco can be frozen to death, smushed into a pair of cartoon shoes with eyes, shrunk into oblivion, inflated by bee stings. Okay sure, it sounds really sadistic when listed out here, but its really just the best kind of classic Looney Tunes slap-sticky nonsense, and they do take the sting out of dying…if only just a little.

Really though, this whole experience of revisiting both the first two Crashes for the sake of this review has done a great deal to reinforce what I’ve learned about the satisfaction of difficulty and challenge from many accumulated hours of experiencing both in various video games. The appeal of a “difficult” game is not merely difficulty alone- difficulty functions in isolation only as a gimmick, fodder for Youtube Let’s Plays and endless articles whose collected point seems to be “this is hard lol”. The appeal of difficulty is in the satisfaction of overcoming it, not merely its existence. A challenge, which is to be presented a difficult task and overcome it, is fun, but something that is just really hard, though? Not all that fun frankly. Crash 2 gets this and gets this so, so much. It wants to challenge you, not brutalise you; it wants you to have the satisfaction of overcoming it, and get such a rush from that feeling that you come back for more.

So with that said, I would not only recommend Crash 2, I would actually recommend you play it first and skip the original Crash Bandicoot entirely, if you’re looking for a resurrection of a classic game that has actually timeless qualities in its level design and level of challenge and access, as opposed to something which just seems to exist to make you mad. 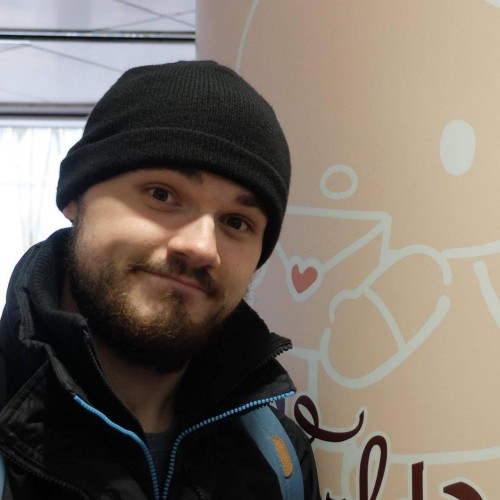