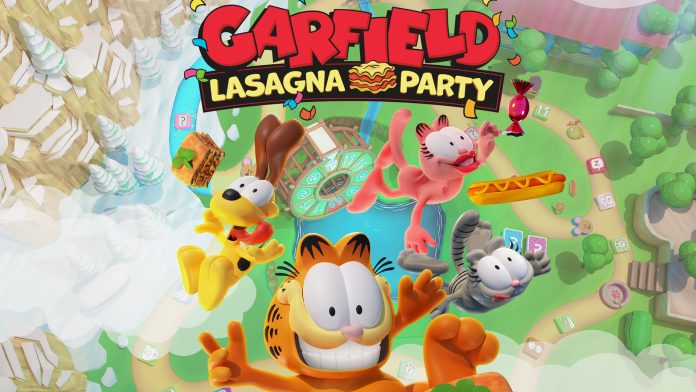 I’ve always said, it’s not a party until there’s lasagna! Those dreams are finally coming true with the release of the co-op party game Garfield Lasagna Party. While at face value it appears like a Mario Party clone (and to some extent, it is!) Fans of the Jim Davis Garfield-verse will relish with the animal characters all playing a part with Garfield, Odin, Nermal and Arlene all taking centre stage. As 4 players roll the dice and participate in mini-games to try and get as much lasagne as they can to win the game, it’s all done with a “I’ve played this before” feeling that only gets more and more nagging the more you play the game. While this is perfectly nothing new to re-skin a classic formula, the voices of the cast are noticeably missing which contributes to an extremely empty feeling that echoes through each round resulting in an extremely forgettable experience. Garfield Lasagna Party may just be in the running for one of the worst games of 2022.

Similar to Mario Party, players choose their characters from the four animals available and roll the dice. Along with pure AI-driven luck (which tends to lean towards the AI players if you don’t have 4 real life players in the game!) you can add items that can cripple or force the other players to re-roll or slow players down. As you land on different tiles on the board, you get bonuses, power-ups and of course, the game’s version of stars, the almighty Lasagne. Each game has 10 rounds and different power ups can help or hinder your progress. 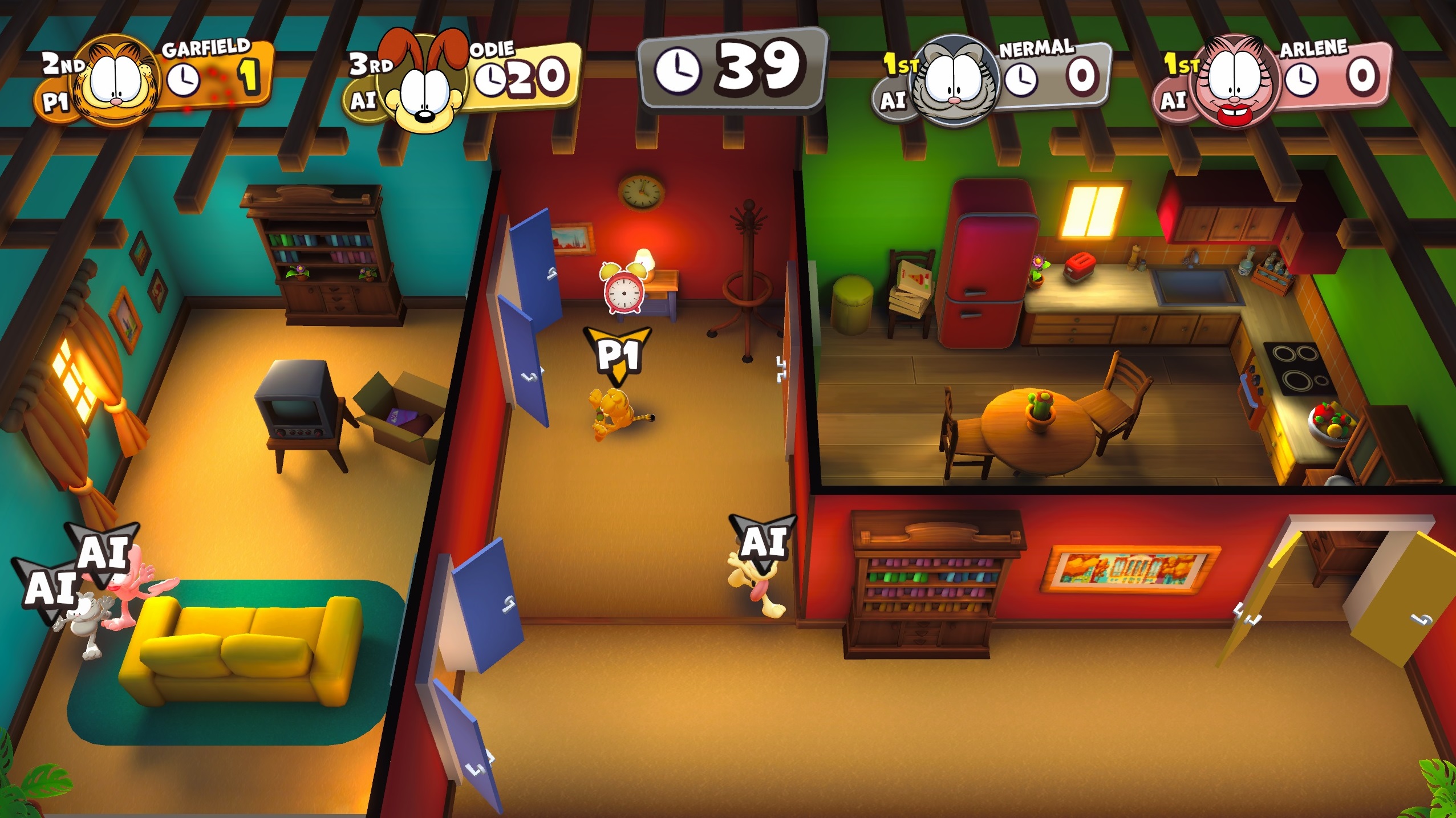 Lasagna can be earned by landing on certain squares, you can also earn it by scoring big in mini-games that occur at the end of each round and when you land on squares that give you good or bad cards to choose from. There is also a bonus wheel you can spin to earn lasagna as well. While this is the main currency to win the game, unlike the stars, it doesn’t have the same satisfaction as it doesn’t move around the board or offer fun ways to chase it. It does bleed into the mini-games with some making you carry around trays of piping hot lasagna or combining ingredients to make it, regrettably, it is just ultimately forgettable.

Graphically this game offers a pretty standard take on the Jim Davis characters. The characters are well shaded and their 3D animation conversion is in line with the previous Garfield Kart game from a few years ago. The environment for the board is bland and lifeless and the overabundance of text to read when you first fire up the game is extremely painful. 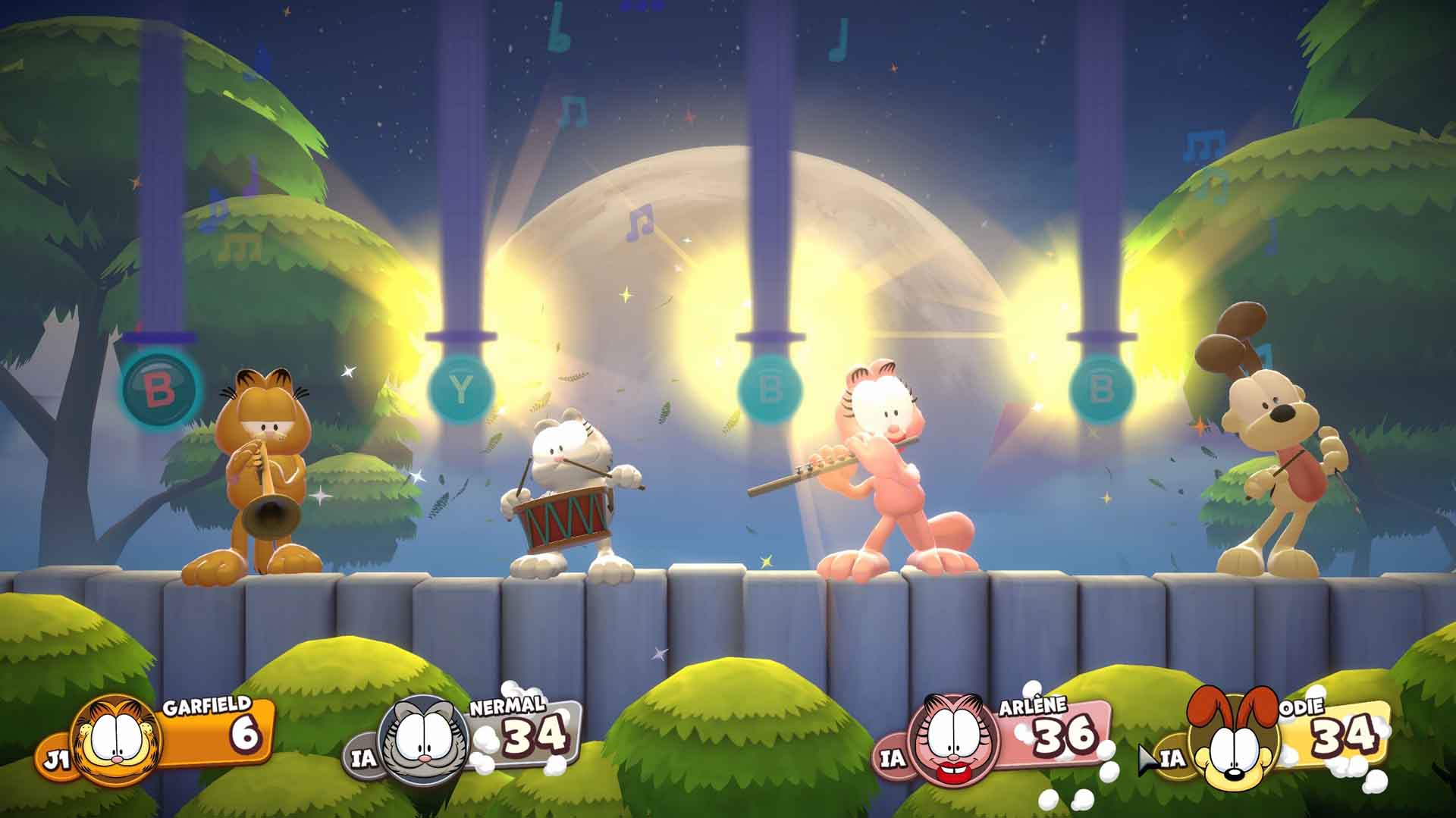 The lack of voice acting or even expressions for the characters leaves it feeling hollow. The empty sounds as you play mini-games or pass characters, knocking them about with various items is such an oversight. It really detracts from the experience and is a large part of why we wanted to stop playing.

Speaking of mini-games, the usual suspects are here like guitar hero, cooking mama inspired and a truly baffling game where you have to go through John (Garfield’s owner) doctors office collecting prescription drugs and items. It truly makes not a lick of sense as to why this was implemented. It doesn’t work and actually makes the game feel more disjointed (was very surprised it was possible at this stage!) 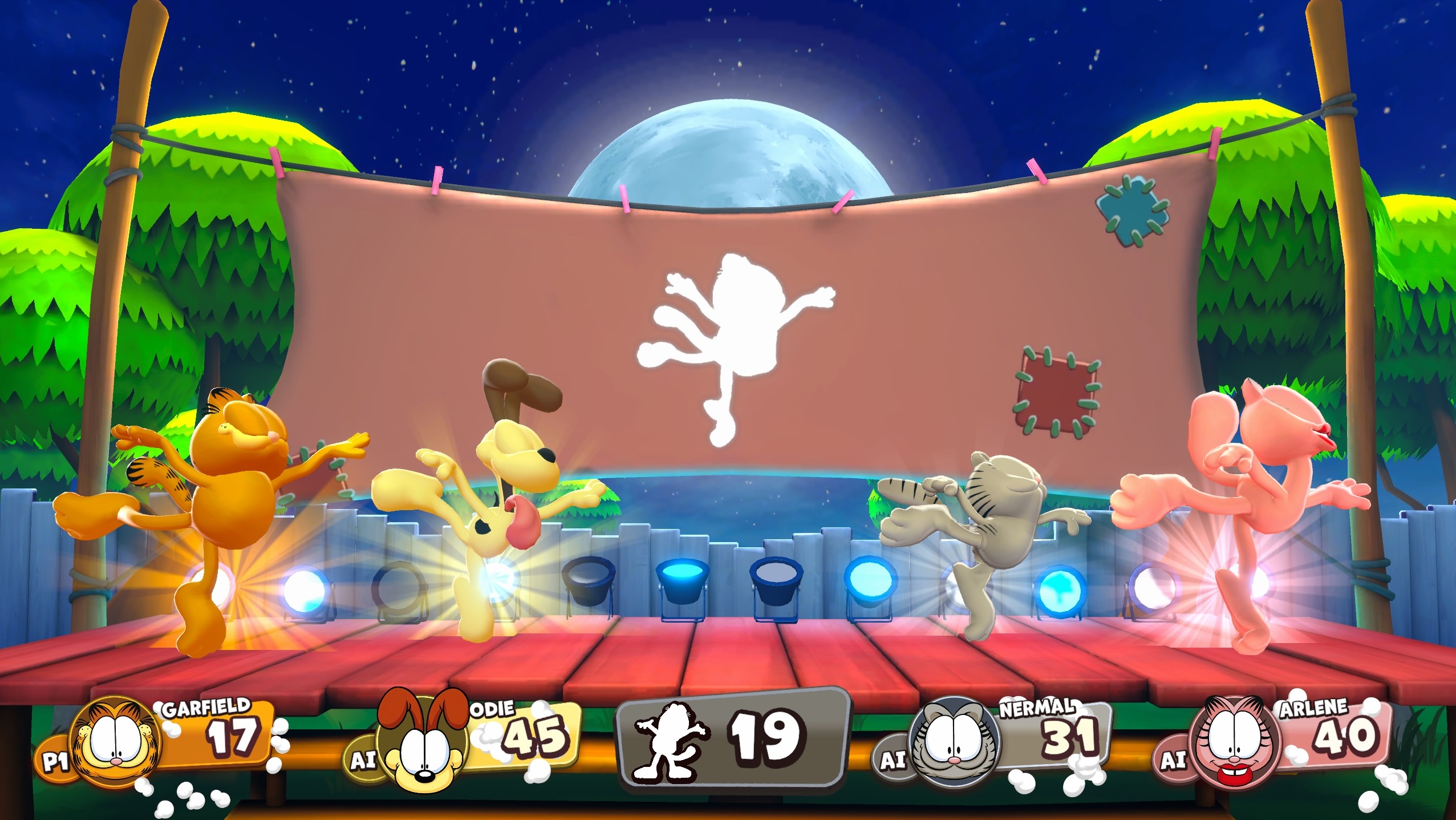 Garfield Lasagna Party is another release featuring America’s favourite fat cat that truly does nothing with the IP. The mini-games are irritating and the player board is forgettable, along with the voiceless and soulless characters of Jim Davis that inhabit the game. Hopefully the next outing featuring Garfield won’t be as rushed as this as we are now down 2 for 2.

This game was reviewed on the Nintendo Switch with a code provided by the publisher.

An incredibly lazy re-skin that features no voice actors or anything beyond a mindless cash grab. Review - Garfield Lasagna Party