The MetroidVania subgenre of 2D action platformers is what you might call a little saturated these days, with numerous indie titles released every month, all trying to recreate that classic feeling of exploration and danger first gifted to us their eponymous Nintendo series’. Though the latest, Jack Quest: Tale of the Sword is less of a straight homage than, for instance, last year’s Axiom Verge (in an aesthetic and thematic sense), the basic framework of what makes these games so recognisable is still here and as compelling as ever. However, much like the diminutive pixels of our titular hero, it’s the little things that make the difference, and Jack Quest falls down in a lot of small ways that add up, despite being a mostly fun distraction and bearer of the MetroidVania torch.

Firstly, the good stuff. The key to any action platformer is game feel. These are not games which are remembered fondly for their epic storytelling and characters but rather the sense of isolation and exploration, as well as smooth fluid platforming and combat. For the most part Jack Quest excels at this. The platforming is challenging but feels very satisfying. The jumping has a nice floaty quality and the prerequisite double jumps and wall jumps are gifted to you within the first 15 minutes of the game. Aesthetically, the game is also great to look at, with a charming, chunky pixel style of graphics that brings to mind its 8-bit forebears, and a setting that manages to be both cheery and appropriately dark and atmospheric. Having said this, the simplicity of the graphics can tend to grind against the design of the game itself sometimes. Some enemies are often obscured behind coins or particle effects. Vital puzzle components are also small and blend into the background. Visual clarity is key in a game where the player is designed to feel lost in the world, and Jack Quest misses the mark a little here. Continuing this unfortunate trend, the characters chunky model and low range of attack also means that it’s difficult to get close enough to enemies to attack them, often leading to frustrating incidental damage.

A hallmark of these kinds of isolationist 2D platformers is the frustration yet eventual triumph of feeling your way around a hostile labyrinth of level design. The map is a vital tool in the players arsenal, but even something this simple could have been done better here.  The map has a kind of fog of war effect where it only shows you a small portion of the world at a time. Moving the focus around obscures the rest of the dungeon, which makes planning a route through the labyrinthine map a chore of rote memorisation, rather than a journey of discovery and progression. This wouldn’t be such a big deal if there were sidequests or other interesting things to discover off the beaten path, but the structure of the progression is also a missed opportunity as well. In games like Metroid there is usually a ‘correct’ way to go to advance the story, but countless side-tracks that reward player exploration with new upgrades. In Jack Quest, though the simplicity of the map means that specific powerups are used as road blocks between locked off sections of the map. Despite the confusing layout, there is really only one option of moving forward. It’s just a matter of sometimes tedious exploration until you find out what is.

Speaking of limited fields of view, the player’s FOV is also too restrictive for vertically oriented platforming. Many hazards are placed below ledges where your character needs to traverse, but with no way to move the camera other than to stand at the edge until the cameras slowly automatically pans down a small amount, you will take accidental damage a lot. In a genre where the mechanics of movement and mastery of enemy timing and attacks are supposed to be the main hurdles for the player to overcome, the last thing the player needs is a game design that obscures what little information the player is given and introduces the element of random chance rather than skill into the equation.

All of the aforementioned points are at most minor annoyances on their own, but coalesce into a game that feels frustrating, mostly because it quite fun to just pick up and play on a base level. There is a lot of promise here that is somewhat squandered by niggling design decisions that make the game more difficult than it needs to be in the wrong places.

Speaking of difficulty, Jack Quest boldly opts for the immediate cliff face style of curves. Though seasoned gamers might bemoan the all ubiquity of the tutorial level in modern games, Jack Quest goes too far the other way, throwing you in the deep end with nothing but a wise talking sword as your only friend against an army of giant spiders, oozes and other monsters. With only a small health bar and very little in the way of invincibility frames, death is more an inevitability than you might be used to. Normally a high level of difficulty is not unwelcome in a genre like this, but how the developer has handled the consequences of player failure here is a little strange. Upon death the player is reset to their last activated checkpoint. These are plentiful but are only activated automatically the first time you pass them, so you must remember to continually check your progress as you explore the maze lest you are sent back to the other side of the map by accident. Health is also not refilled upon respawning, so if you were caught with half a heart as you first pass a checkpoint, you’re out of luck for the next section, unless you go through the tedious process of hunting for rare or expensive health pickups, then backtracking to save and reload again.

This difficulty starts to make sense, for better or worse, when you realise how depressingly short the game is. After the initial tough section, the player may be starting to get used to the game’s jumping mechanics and combat. Unfortunately, then it just kind of ends, without much fanfare or tension resolved. The princess is saved, the land is released from an evil monster’s curse. Yay. Granted, this is a small independent game so expectations should be curbed going in, but the core platforming is compelling enough that there was no harm in padding the run time, even slightly, by simply doing a palette swap of environments and making the enemies slightly beefier and calling it world 2, 3 etc. As it stands, the game explores only one samey looking dungeon and confident platforming fans can expect to unveil all the game has to offer in a couple of hours, probably just as they are getting engaged with it all.

Though the main theme is excellent, its dark and epic driving beat a good incentive for the player to push forward, the audio design is lacking in parts. Simple things, like sound effects for coins being collected for instance are missing, which vastly depreciates their perceived value in the mind of the player. Enemies too, give little indication of their appearance off screen or telegraphing their attacks, either visually or through sound. Small enemy sprites will pop up out of the ground and their projectiles are often indistinguishable from the particle effects on screen. This all contributes to making the incidental damage you incur more common and cheap feeling. Whereas a game like Dark Souls is mechanically hard, the process of dying and replaying is mitigated by the notion that you are constantly learning and getting better at the game, whereas in Jack Quest failure often feels random, pointless and frustrating.

Though the bulk of this review is filled with negative nit-picking, it’s just because I had a lot of fun playing Jack Quest and wanted what was here to be better and more fleshed out. The core elements of platforming and combat feel natural and compelling. The simple goals and checkpoint system, whilst flawed, makes it easy to pick up and play for people of all ages. However, it is short, aggressively difficult in the wrong ways and lacking a lot of the atmosphere and inspiration that made the games it is emulating memorable. I can still give it a tentative recommendation if you are a fan of this genre. Having said that there are certainly better examples to be found elsewhere, such as Hollow Knight or Ori and the Blind Forest. However, if you have played them already, then give Jack Quest: Tale of the Sword a spin. You won’t be telling any tales of it afterwards, but it is a few hours of spelunking fun. 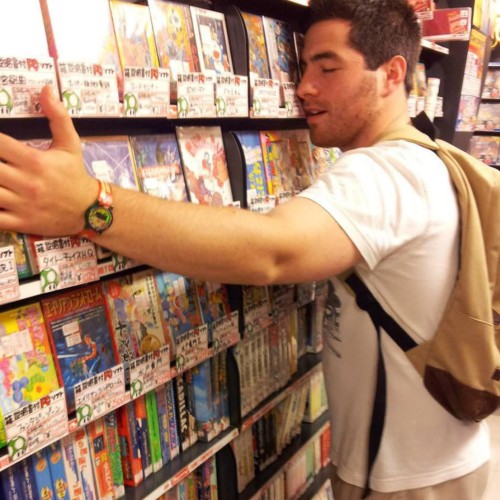