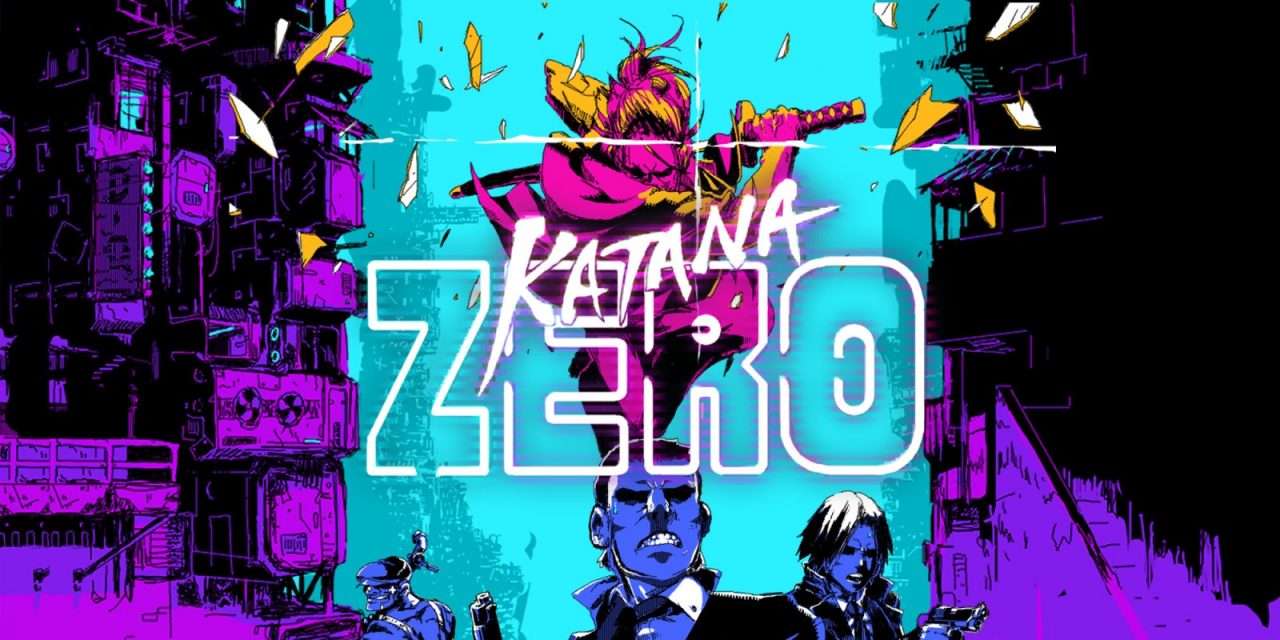 “It’s an addictive process of strategic trial and error, no matter how frustrated you get.”

Load up your tape deck and sharpen your Samurai sword. Katana ZERO is about to take you on a fast-paced, brutally violent, frustrating and oddly satisfying experience. This ultra violent 2D platformer by Askiisoft and Devolver Digital follows the trend of other indie retro-inspired games delivering a somewhat high difficulty curve. Yet learning to push through these barriers is where it’s fun grows with the help of some well constructed mechanics.

From the outset you don’t know very much about who you are or why you’ve been hired to slice people up. These questions of who and why are pretty consistent through out. All you know is that there are “10 days remaining” without much more added context. Your character, known only as Dragon, doesn’t really know much either as he suffers from nightmare-filled PTSD from a very fuzzy past. In the meantime, you work under your therapist, of all people, who not only provides you with a mystery drug called Chronos but also assigns you with assassination missions. The mind started to boggle as I’m trying to put the pieces together. But I knew from that point that the confusion would ultimately be worth it. Katana ZERO was about to take me on a wild ride not only with its game play but with its question filled story as well. Without spoiling too much, the story does contain some heavily themed elements including drug use and lots of swearing. It’s safe to say this isn’t like your typical 90’s platformer.

The confusion as to what was going on wasn’t the frustrating part though. I learned that progression was a slow and steady process set at high speed. The way this is presented is through a somewhat time loop-esque mechanic where you plan out your attack. Essentially, it has a lot to do with trial and error. There are times where I nailed my execution on the first try. However, there were plenty of moments where I would go in, get shot down, go in again, get killed, go again…you get the picture. There were the odd occasions that left me swearing like a sailor but was calm enough to not throw my controller across the room. As repetitive and frustrating as it is, you start to learn how these enemies act and how to efficiently take them down. They aren’t all a walk in the park though.

Dragon also has the ability to slow down time, meaning I was able to dodge and parry enemies with ease. By taking advantage of this, I was able to pull off some pretty cool and very satisfying kills. The beauty of the game play and the level design is that there was more than one way to clear a room. It gave me plenty of freedom to experiment with different strategies if I was ever stuck with the same dilemma.

his meant that the none of the levels ever felt entirely the same. No matter how frustrated I felt about the room that I had just cleared, I was always keen to see what sort of challenges I would face next. The coolest part about using this ability was that a replay at the end of the level shows off all your tricky attacks at normal speed.

Though game play isn’t exactly limited to combat like most other platformers. The fast paced action is broken up with interactive story driven scenes in between where you converse with your therapist and other NPCs. Your conversation responses initially felt like a “choose-your-own adventure” type of mechanic. However it seemed to only just change the responses you get back with no real repercussions down the line. Being able to be more interactive with how the story plays out made for more of a connection to Dragon than I had initially expected.

The aesthetic of Katana ZERO is very 80’s/90’s inspired but that isn’t solely limited to its pixel graphics. It’s teamed with an upbeat electro soundtrack that Dragon keeps in his tape deck. This kept the adrenaline flowing while I sliced and diced through enemies. The menu, HUD and some elements of level design also scream 80’s with heavy splashes of neon colours.

Honestly it’s hard to find a flaw in Katana ZERO. It’s an addictive process of strategic trial and error, no matter how frustrated you get. Combined with it’s retro aesthetic, it’s an action-packed joyride for platformer lovers who like just a bit more punishment with their games.

At the time of publication, Katana ZERO has been refused classification in Australia and New Zealand. It’s currently unavailable for the Nintendo Switch but it’s still available now for purchase on Steam.