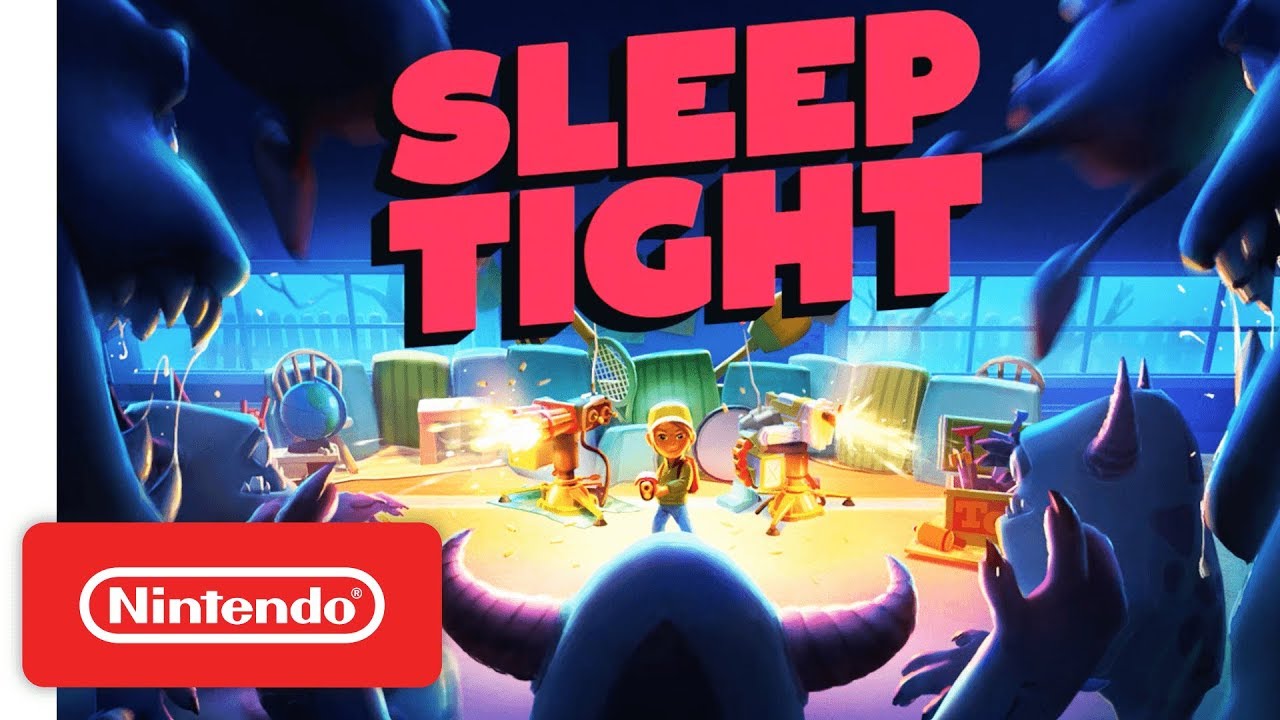 The best kind of games are ones that just appear out of nowhere. You know one’s like Stardrew Valley & Celeste that just appear and are so addictive and fun to play, Sleep Tight is here to ring in 2019 with an addictive twin stick shooter that is a great pick up short burst gameplay with great graphics, sound mechanics and Pixar-esque style graphics.

You play as a child armed with a whole set of weapons like nerf guns and super soakers to destroy monsters that invade your bedroom. The attacks are dealt in waves that happen at night, you must survive until sunrise and move onto the next night. The more nights you get through, the higher up your score is. While doing this you also unlock access to more kids that give you choice in future titles and there is also unlocks different weapons as well as turrents and wall mounted weapons to assist in the fight.

The gameplay is nothing you haven’t seen or played before, however the addictive gameplay and ability to unlock some great items and weapons will keep you coming back. As you fight the monsters, they drop stars and this is used to upgrade your skills as well as buying new weapons. In addition each night will drop suns and these are used for weapons ammunition and power ups.

The Disney/Pixar esque graphic style is beautiful, the game feels like a lovingly crafted spin-off of Monsters Inc. which is obviously helped with the protecting your bedroom from monsters gameplay. Having a vast array of characters, weapons and secrets to discover is part of the addictive gameplay that makes this game worth your while.

Playing it on the Switch is the perfect console for this title, it is great to play in both handheld and docked mode. The game appears to play at the same frame rate and there was no graphical or performance difference playing in either mode (that can easily be seen by the naked eye).

Sleep Tight is the game you need on your Nintendo Switch, it is a lot of fun with enough gameplay to offer the short burst experience that makes this console so fantastic. The beautiful graphics and use of colour look astonishing in both handheld and docked gameplay giving the best experience regardless of what mode you choose to play in. Sleep Tight is available on the Nintendo Switch Eshop right now.