This Dame Loves To Play Games

This Dame loves to play games…video games that is…

Move over guys, the girls are picking up game controllers, turning on their headsets and charging into online gaming quicker than you can say “Respawn”. Over the years the video game industry has seen a rise in female players and the game developers are tapping into this trend.

The Entertainment Software Association published data in a survey that showed women are getting in on games, representing 48% of the average video game players in the U.S. This was up from 40% in 2010. Out of this, women 18 years and over make up 36% of people who play video games on a regular basis – surpassing the number of boys 18 and under who only rack up 17% of gamers.

Thanks to the development of free online and mobile games female gamers aged 50 and over increased by 32% from 2012 to 2013.

But it is not just playing games, women are also getting in on the development of games. Whilst not a large number, women represent 22% of the workforce in the game development industry, doubling since 2009. (International Game Developers Association – IGDA).

As I mentioned earlier, game developers have been quick to recognise this and play to the trend with the development of games that would appeal more to the females. Nintendo, in the early days developed games such as Nintendogs, and games that involved baking, fashion, art, music, problem solving/mysteries on the DS consoles, and Wii Fit for the Wii. This has since led to not only Nintendo but Sony and Microsoft in bringing out games such as Sing Star, Just Dance, Guitar Hero, which appeal to the younger girls – encouraging their love of video games. Females are picking up the controllers, switching on their headsets and getting in on online games such as Call of Duty – holding their own with the online banter as they blatt their way around.

So what is it that has seen us girls grab our consoles and start playing? Developers are creating games that appeal to females – bringing in more female heroines (Chell from Portal is my gurrrrrrl), but we are also quite partial to a few rounds of car theft, modern warfare or zombie smashing. I put the question to my girlfriends and their responses were all similar – a moment to chill out of the real world, have some fun, excitement, de-stress/decompress. But we are also drawn to games based on the storylines, the tasks/problem solving, the music, and graphics. Pretty much the same reasons guys play video games. The majority of my female friends also preferred to play RPG.

I was also surprised at the number of my friends who are also mothers that make time to play video games. As a mum myself, I am quite fond of my Nintendo 3DS. Cherry red and shiny, when I am not playing my favourite DS games, I keep it in the Zelda pouch. I can take it anywhere and when I get a moment, I will smash out a level or two. I also play video games with my children and occasionally agree to verse my husband in fighting or racing games. I tend not to put out there my love of video games, thinking that as a mum I should be doing “mum” things, so I was stoked that the majority of my mum circle of friends all play video games too. We all now geek out over new games. I am not alone anymore!

The video gaming industry is onto a good thing here. More and more people are purchasing consoles and games, and as the data has shown, women are getting in on the games. By developing games with solid female characters, and in some instances modifying the plot, settings (for example Fallout 4 where you can choose to play male or female as well as create your avatar’s image), and levels of violence; they are reaching out to the wider audience and creating a new generation of female gamers and game developers.

So with that, I am signing off. My Gameboy is waiting for me. Now, do I want to play Kirby or Super Mario? 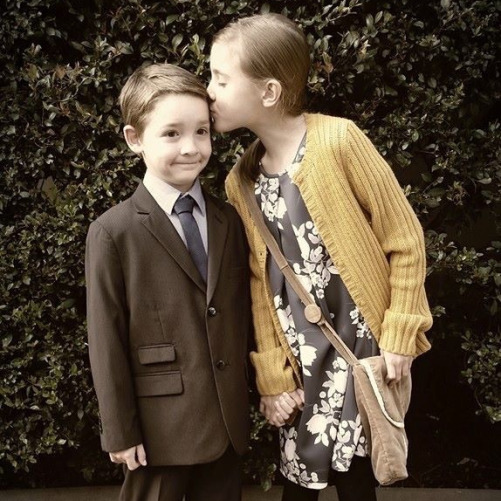