A lot can happen in a year. Solange and Jay-Z had a heated… “discussion” in an elevator, Leonardo DiCaprio didn’t win an Oscar, and that guy brought shame to his entire family by dropping the first iPhone 6 purchased in Australia on national television. Over that year, developers have had the time to prepare themselves for the next round of E3 conferences, and boy has it been an absolute doozy! Last year, Ubisoft brought us some sneak peaks into Far Cry 4 and announced Rainbow Six Siege. Let’s see what they’ve served up for 2015!

South Park – The Fractured But Whole
First up, we have the gorgeously named ‘South Park – Stick of Truth’ sequel… “The Fractured but Whole”. Of course, we expect nothing less from the power duo with a penchant for the less than politically correct, Matt Stone and Trey Parker. Stone and Parker had previously stated they would not be making another video game after ‘Stick of Truth’, however felt they possessed the right knowledge and template after the game’s success to give it a red hot go!

The game is in the hands of Ubisoft San Francisco, and continues where the Stick of Truth left off; following the plight of the New Kid who has finally settled into the quaint little town of South Park, as he plays with his newly found friends. However, the lads of South Park have grown tired of RPG, and are now playing superheroes!

Yes, so begins the story of Coon and Friends. Fight your way through the perils of South Park and become the greatest superheroes to ever exist – and even find out more about the elusive ‘New Kid’, his roots, his backstory, his butt story. You’re sure to be in for a lumpy, bumpy, cringey, ride.

‘South Park – The Fractured but Whole‘ will be available for Xbox One, PS4, and PC. Best dust off your headphones, kids. We don’t want to scar poor Nanna with this one.

Vikings, Samurai and Knights – Oh my! The holy trinity of badassery come together in this newly announced IP for Ubisoft! Skill, strategy and team work must combine to unleash the full experience of this multiplayer melee combat battle of epic proportions! Of course, For Honor also features a single-player campaign for those of you who don’t like having to wait for Jimmy as he desperately tries to do the dishes during the loading screens.

‘For Honor‘ was created with the aim to connect players in the real world to their virtual counterparts, so you can feel every swing of your sword and clashing of shields. Hopefully it is not so immersive that you also vividly experience your own beheading if you are as skilled as I am at these sorts of games.

‘For Honor‘ will be released on PC, Playstation 4 and PC.

CLICK HERE to head to the official ‘For Honor’ website and register to keep up to date with any upcoming changes and announcements!

A new expansion pack for ‘The Crew’, named ‘Wild Run’  will be released on PC, Xbox One and PS4.

This is one exciting expansion pack for Trials Fusion, dropping on July 14th 2015, and will feature 30 all new tracks for the Xbox One, PC and Playstation 4.

A new piece of the upcoming open world RPG ‘The Division’ was revealed, known simply as “The Dark Zone”. Sounds pretty ominous, right? The Dark Zone is a quarantined area, smack bang in the middle of Manhattan where you can work with (or against) other agents to grab some sweet, sweet loot. Everybody loves loot, yeah? Of course. But how far would you go to get the goodies? Would you… KILL A FRIEND? (Virtually, of course. Nobody here at Novastream condones real life violence).
The Dark Zone draws you in with promises of delicious loot, but also with the good comes the bad… The bad being that any player could go rogue at any time and take your loot that you worked so hard for. This looks extremely tense, and will be sure to keep players on the edge of their seats/beanbags/beds/unicorns/wherever you choose to rest your tush. Spooky.

‘The Division‘ will be released simultaneously across the Xbox One, PS4 and PC on March 8th 2016. However, if you can’t wait to get your hot little hands on it, you are welcome to sign up for the beta HERE which will begin in early 2016.

Anno 2205 was announced as a city-building game, as a follow up in the Anno series. However, Anno 2205 is set in a futuristic time (aka the future), where you can build cities, develop resources and race to space so you can be the first to build your very on colony on a space rock that has yet to be specified as anything, so I am going to assume that it is the moon.

More information about Anno 2205, including access to the beta can be found at the official website HERE. You will also quickly find out that the mysterious space-rock as mentioned earlier is, in fact, the moon. The more you know.

Anno 2205 will be released only on the Windows PC.

Pick out your best flared pants and keep grandma away from the scotch, because we have another installment of dance party extravaganza, Just Dance! In Just Dance 2016, you will no longer require a camera to play. All you require is a smartphone to use as a controller! Of course, if you already have the camera, then that is great too. Don’t feel like you’re excluded.
JD2016 will also include a streaming service known as ‘Just Dance Unlimited’, which will be on a subscription basis and allow access to new songs all year round! So if you are getting tired of krumping to Bootylicious over and over until your cheeks are numb, jump onto Just Dance Unlimited, whip out your overalls, stream some ‘Come On Eileen’ and toora loora toora loo rye aye to your hearts content!

Just Dance 2016 will be available on the Playstation 4, Xbox One and Wii U.

(Note: Just Dance 2016 will not include your own personal Jason Derulo to perform for you, unless he is your uncle. That was just for the conference.)

2015 brought a new look into Rainbow Six Siege, which we were first shown at last years E3. After a quick CGI trailer, Angela Bassett was welcomed onto the stage and quickly retreated to the shadows to make way for a live gameplay demo of Terror Hunt.
YES, I KNOW. TERROR HUNT IS BACK, PEOPLE. THIS IS NOT A FALSE ALARM.

The AI in R6 Siege are advanced, and can even create their own strongholds as you attempt to hunt them down with up to 4 of your friends, or by yourself if that is how you prefer to play things.

We saw some exciting things during the gameplay demo, such as individually controlled camera drones to detect sneaky enemies and we also experienced the gorgeous destructable environments in action! This was a mode that involved defusing various bombs and only 1 of the 4 terror hunt modes that will be available in the game, which includes the original Terror Hunt that we all know and love.

The beta for Rainbow Six Siege will be available on all platforms on September 24th, and will feature both PVP and Terror Hunt.

Freshly announced at this years E3, we have Trackmania Turbo, a racing game that features over 200 customisable tracks, as well as a track builder level which allows you to randomly generated a track at the press of a button with infinite possibilities! It appears to be an extremely colourful game with a lot going on, but that will only add to the challenge as you progress over 5 difficulty levels and race past your mates!

Trackmania Turbo will be available on all next gen consoles, and will probably feature an endless amount of epilepsy warnings.

Finally a gorgeous cinematic trailer for Assassins Creed Syndicate, set in London 1868, in the midst of the Industrial Revolution that changed the world. Syndicate will be following the story of two Assassins, who happen to be twins Evie and Jacob Frye. Both will work together to make things just a little bit easier for the people of ye olde London in the most visually stunning and suave way possible, as you would expect from the Assassins Creed franchise. Hay sales have gone through the roof, and so have hay related injuries.

For more information on Assassins Creed Syndicate, click on over HERE

Finally, we have the big one. Revealed to the world is the newest installment in the Ghost Recon franchise – Wildlands. Fans were shown a pre-alpha gameplay trailer, which featured one mission played three separate ways. Once as a long range approach, then as a stealth mission, and finally an all out, guns blazing ambush to capture the elusive ‘white hat’, one piece of the puzzle that is the fictional ‘Santa Blanca’ drug cartel.
Ghost Recon Wildlands will be the first open world title in the franchise’s history, and will be set in Ubisoft’s own imagining of Bolivia. Players will travel across all types of terrain on a covert mission to eliminate the Santa Blanca drug cartel by any means necessary.
We saw bikes, ATVs, helicopters, blood, explosions, drugs, snow, guns and so much more! I’ll tell you what… This game looks like it is going to be an absolute banger, especially in the open world setting which appears to be allowing for a good amount of exploration and freedom! Sweet, glorious freedom!

Disagree with me? Let’s talk about it on Twitter. The real trick is arguing in 140 characters or less.
@laurenbridel 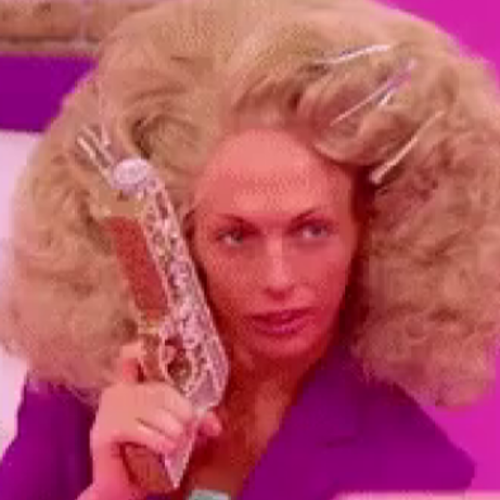