As Phil Spencer says, “If you’ve been waiting to come over to Xbox One, now’s the time.”

We were bombarded by so many games at Microsoft’s’ Xbox press event that I am literally being broke Q4 2014. To add to my financial pain, they said the have even more IP’s and games in future press conferences this year. Wow. The overall vibe of this event was very positive, the crowd responded very well to these announcements.

Not to muck around too much, I’m going to break this down to my top 5 (not in any order) announcements as follows:

Arguably one of the biggest announcements was the reveal of Xbox 360 backwards compatibility. Said to have 100 titles available by the end of the year and will continue to grow the available library from there. So exciting for those that want to game on just one console and put away their 360.

This collection is such a welcome surprise. 30 Rare games, 10,000 Gamerscore. This is a love letter to all the fans who grew up loving what Rare used to be as a company and just shows what they still could. Let’s hope this sells enough to show Rare what kind of quality games they should be making again.

We’re there folks. We’re now part of science fiction. Imagine playing your favourite games without a TV but you’re seeing it projected on a wall in front of you via virtual hologram. Or virtually bringing a game to life before your very eyes and are able to interact with the environment. It’s real. It’s now. This is seriously something exciting to look forward to.

This makes me want to play Minecraft, a game I just can’t, or want to get into. My lawd. I want a Hololens in my life so much right now.

BAM! The exclusives are all here this year. They made a point to ensure they have plenty more to show at further conferences this year but they laid out what games we will be playing later this year, and we are in for some very special treats, my friends.  Halo 5, Gears of War Ultimate Edition, Rise of the Tomb Raider, Fable Legends and more. This year is a fantastic year to be playing on Xbox One. My wallet is screaming right now. Oh where will I find the time? I remember an article I wrote just before E3 wanting to play some games that interested me of quality. I got what I wanted.

For you pro gamers out there, Xbox has you covered. You can now look forward to completely customizing your gaming experience down to the twitchy good spots your heart desires. Button layouts, sensitivity, yaw, tension, surface textures and more. Make your controller yours to suit your play style. This piece of hardware will help you bring your big game on for any competition you jump in to.

This press conference did exactly what it needed to do: prove to gamers everywhere, Xbox fans or not alike, that they have your back and are listening. These announcements, changes, reveals prove this. This Xbox is a completely unrecognizable Xbox from 2 years ago and it shows in spades. With the great response and reactions all in house also over the world, Microsoft and Xbox are doing all the right things to prove they know what they’re doing now.

On a personal note, I am now sold and feel more comfortable as a long time Xbox support all the way back from the original Xbox. Now is a great time to be not only an Xbox fan but a gamer over all.

On that E3 2015 stage, Microsoft announced plethora of exciting games that we will be playing this year and into the next for Xbox One and Windows 10, from exclusives, big titles and indie games via ID@Xbox. Find the list of games below and mark them in your “wants list”.

“Ashen” (XBOX CONSOLE EXCLUSIVE). This action RPG is about a wanderer in search of a place to call home. There is no sun, and the only natural light comes from eruptions that cover the land in ash. This is a world where nothing lasts, no matter how tightly you cling to it. At its core, “Ashen” is about forging relationships. Players can guide those they trust to their camp — together, you might just stand a chance.

“Beyond Eyes” (FIRST ON XBOX ONE & PC). In this modern fairy tale about finding courage and friendship, step by step you’ll uncover an incredible world, carefully guiding Rae, a young blind girl, on a life-changing journey. Available 2015.

“Dark Souls III.” Known for delivering a high level of unrelenting challenges to gamers, the next chapter of the “Dark Souls” saga returns with “Dark Souls III.” Developer FromSoftware returns to create a new blighted world for players to explore. The embers of a once proud kingdom set the stage for this new adventure. Players will battle against fearsome enemies and bosses with a variety of weapons and magic through a mysterious land riddled with secrets. Available 2016.

“Fable Legends” (EXCLUSIVE). Claim your legacy as a fearless Hero or a cunning Villain as you clash against one another in thrilling 4-versus-1 battles to determine the fate of Albion in this free-to-play action RPG from Lionhead Studios. Available holiday 2015.

“FIFA 16.” “FIFA 16” innovates across the entire pitch to deliver a balanced, authentic, and exciting football experience that lets you play your way. With innovative gameplay features, “FIFA 16” brings confidence in defending, control in midfield, and gives you the tools to create more moments of magic than ever. Available Sept. 22, 2015.

“Forza Motorsport 6” (EXCLUSIVE). Race over 450 Forzavista cars in the most beautiful and comprehensive racing game of this generation. Available Sept. 15, 2015.

“Gears of War 4” (EXCLUSIVE). The award-winning franchise begins a new saga on Xbox One, coming in 2016.

“Gigantic” (EXCLUSIVE). Get ready for “Gigantic,” a new free-to-play shooter MOBA where heroes battle alongside a massive guardian. Free-to-play on Windows 10 and Xbox One1, “Gigantic” tests teamwork, tactics and timing as you confront a five-story foe and conquer a fantasy battlefield.

“Halo 5: Guardians” (EXCLUSIVE). A mysterious and unstoppable force threatens the galaxy, the Master Chief is missing and his loyalty is being questioned. Experience the most dramatic Halo story to date in a four-player cooperative epic that spans three worlds. Challenge friends and rivals in new multiplayer modes: Warzone, massive 24-player battles, and Arena, pure 4-versus-4 competitive combat. Available Oct. 27, 2015.

“Madden NFL 16.” Be the playmaker with all-new controls that allow you to dominate in the battle for air supremacy. New QB mechanics including body-relative throws and touch passes provide unprecedented depth and control of the football while under center. Combined with a new risk-reward catch and pass-defend system, get ready for the biggest wow moments in franchise history. Available Aug. 25, 2015.

“Plants vs. Zombies Garden Warfare 2.” The battle for suburbia grows to crazy new heights in “Plants vs. Zombies Garden Warfare 2”! For the first time in franchise history, zombies have taken over and plants are on the attack. With new characters, more ways to play and immersive new maps, the game taps into the heart of what fans loved about the original and goes above and beyond to deliver the biggest, craziest and most over-the-top shooter. Available 2016.

“Rare Replay” (EXCLUSIVE). To celebrate its 30th anniversary, Rare Ltd. brings together the adventures of its iconic characters in a collection of 30 games that span the decades. From its earliest 2-D classics to Xbox 360 triumphs, “Rare Replay” is lovingly presented for Xbox One and delivers a treasure trove for veteran players and newcomers alike at an amazing value of ERP $29.99. Available Aug. 4, 2015.

“ReCore” (EXCLUSIVE). From legendary creator Keiji Inafune and the makers of “Metroid Prime” comes “ReCore,” a classic action-adventure reimagined for a new generation. As one of the last remaining humans, forge friendships with an eclectic cast of robots and lead them on an epic adventure across a mysterious, ever-changing world. Available spring 2016.

“Rise of the Tomb Raider” (EXCLUSIVE | HOLIDAY 2015). Available beginning Nov. 10, 2015 and featuring epic, high-octane action moments set in the most beautifully hostile environments, “Rise of the Tomb Raider” delivers a cinematic survival action adventure where you will join Lara Croft on her first tomb raiding expedition as she seeks to discover the secret of immortality.

“Sea of Thieves” (EXCLUSIVE). The freedom of the pirate life awaits in “Sea of Thieves,” Rare’s next adventurous voyage coming exclusively to Xbox One and Windows 10. Available holiday 2016.

“Tacoma” (FIRST ON XBOX ONE and PC). Exploration. Isolation. What is life like 200,000 miles from Earth? Uncover the mysteries held by Lunar Transfer Station Tacoma and its crew, living at the edge of humanity’s reach. “Tacoma,” the next game from the creators of “Gone Home.” 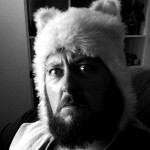