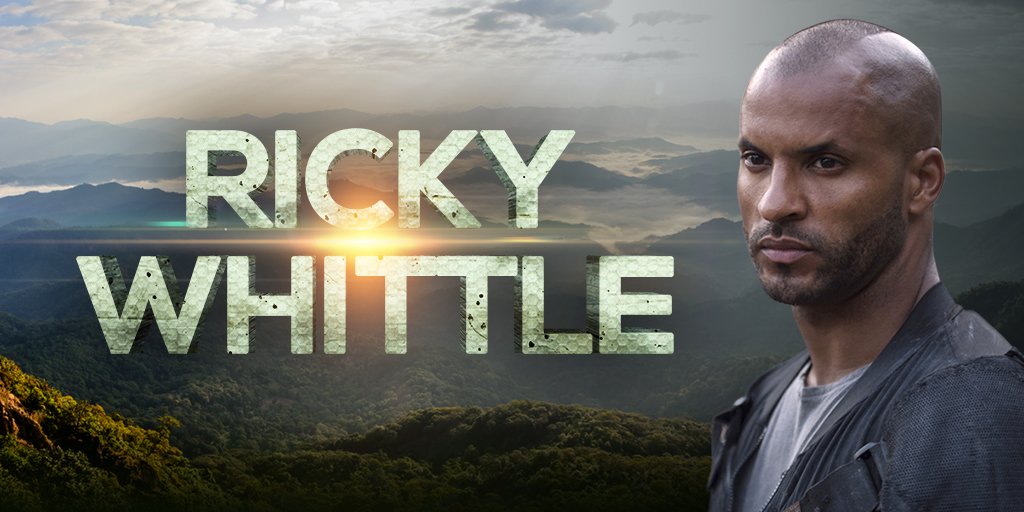 OzComicCon snuck up on me this year, the first event that is held in Melbourne in the beginning of winter herald’s the beginning of Con season (and the dreaded con flu! If any of you were hit like I was this year you are feeling my pain right now!) This year OZCC bought the goods by bringing us some of TV’s biggest stars with British hunk (sorry there is just no other way to properly describe him) Ricky Whittle star of American Gods. Whittle is prepping for season 3 of the hit show on Amazon Prime and has taken some time out to chat about his career and what he loves about Australia that keeps him coming back.

It is Ricky’s first time in Melbourne and he loved being treated to a proper stodgy breakfast complete with bacon, eggs, beans, toast the lot. “Everyone in the USA thinks I’m this American guy, you can’t get good food like this over there.” He comments as I welcome him to Melbourne for the first time. “I’ve been everywhere except Melbourne. Sydney quite a few times, Adelaide, Perth, Gold Coast and Brisbane but this is my first time here.” Certainly keeping the best for last we talked abou the first two seasons of American Gods and how they were not only breaking new ground with storytelling and cultural themes around sexuality and religion.

Before we dived into the tough stuff I was curious to know about the cast dynamic and if they were friendly in real life after all the mixed animosity on the show. “We do! We have a crazy, crazy and very inappropriate group chat that if it ever leaked would cause chaos.” The sly smily as he announces this is hard to not ask more about the contents, but I digress. “We are a family as cliche as it is to say, we all like to hang out and do karaoke. You haven’t lived until you have done karaoke with the cast of American Gods, Emily Browning raps. It will change your life!” While I wait for my invitation in the mail (seriously Ricky I will be waiting for that invite!) we dive into what makes this show so special and memorable.

“It’s sad that we have to be the first to feature a same sex relationship on screen, and not just same sex, it’s same sex, muslim guys and that has never been done on screen before which is such a crazy thing to think that we are the first” Whittle says with pure conviction. “The amazing thing about this show is that it reaches beyond race, beyond religion, beyond sexuality and while the characters are insane, it really has some human depth and emotion to it which is why I love this show. My character in particular has no chill, he is this pent up, unstable quiet person and sometimes I just want to break free and crack some jokes and smile.”

The third season of the show will see Whittle’s character Shadow Moon head to a small town and hopefully develop more human emotions that could allow for some more human traits to come out which he is open to “Totally, I would love that, but it would have to be fitting with the environment and Neil (Gaiman) would have to be 100% on board for me to be ok with it as well.” A new show runner for the third season has been announced with Chic Eglee from The Shield, Walking Dead and Hemlock Grove.

While we eagerly await season 3 (and hopefully a season 4 announcement!) we can happily binge through season 1 and 2 of American Gods currently streaming on Amazon Prime in Australia. Oh and if you were wondering what is Whittle’s karaoke song of choice, I have the answer “AC/DC all the way! I get my Axel Rose on, it goes deep. real deep man!”

Ricky Whittle was in Australia for OzComicCon Melbourne.