Avengers: I Told You Hawkeye Was Awesome

Avengers 4: What We Know

Avengers: Age of Ultron is the second outing for the big team of Marvel superheroes as they come together to save the world from total annihilation. This is a big movie full of big characters, big explosions, and a big enemy in Ultron who is right up there with Loki in the humour stakes, but far scarier than Loki could ever be. A lot of words have already been written on Age of Ultron at Novastream – Disney were kind enough to send six of us to the Australian Premiere last week – so I want to try and take a different approach when it comes to discussing this movie.

Comic books are heavily reliant on visuals when it comes to storytelling. One of the best things they do is identify key moments and use them to punctuate scenes with something iconic that looks amazing. Superhero movies have, for the most part, struggled to capture these key iconic moments in a way that punctuates a scene. It has been getting better as each studio comes up with different ways of trying to achieve this. Age of Ultron takes the concept to a whole new level, utilising a variety of techniques and strange camera angles to capture key moments in a unique way that are burned into my brain. The opening sequence of the movie is probably the best example of this – we get Iron Man, Captain America, Thor, Hulk, Black Widow and Hawkeye all fighting a battle on multiple fronts, with the camera flying between all of these heroes. The action leads them to a single location, the camera zooms out and switches to slow motion as our six heroes all enter the left hand side of the screen at the same time, all attacking a single enemy, all with snarls on their faces wielding their weapons of choice. When I think about Age of Ultron, this is the first image that comes to mind every single time (the other image is beautiful people punching murder-bots in the face). There are moments like this throughout the movie, and it makes you feel like you are watching a comic book.

This may be a team-up movie featuring all of Marvel’s headliners and support staff, but Age of Ultron is clearly Hawkeye’s movie. From the opening scenes, Hawkeye is shown to be the weak Avenger, the useless Avenger, the one that just gets in the way because he is simply a highly skilled archer who can do some secret agent stuff. Whedon beats Hawkeye down to his lowest moment, and spends the rest of the movie building him up towards his greatest moment. When all of the Avengers are being torn apart and made to turn on each other, Hawkeye is the beacon around which they can rally. Hawkeye is always the first one out the door, the first one to make the selfless choice in defence of others. He puts his entire private life at risk by inviting the Avengers to see the man behind the uniform. He is the talisman that binds this team together, and without him, the Avengers would be no more. He also gets the best speech in the whole movie, and while I cant repeat here without spoiling some major plot points, I can tell you that it cause the entire cinema to stand up, cheer and applaud. I have never seen this outside of the US, and I never expected to see it at an advanced press screening.

I loved this movie. I loved the way the characters came together so seamlessly. I loved the heartfelt character moments. I loved the way James Spader imbued Ultron with such a child-like menace. I did not love the ending. If you were to be given the ending on paper, I imagine it would sound spectacular. Visually it was spectacular. But it didn’t feel right, not after everything our characters had been through, not after how Ultron had demonstrated such a high level of competence. Iron Man had a few plans to “save the day”, each one would serve the greater good, each one would have massive consequences. The Avengers were being forced to make an impossible choice. It was building to something that would shake up the Marvel Cinematic Universe like never before. And then a brave knight comes riding in, saves the day, and allows the Avengers to solve the problem with only a handful of casualties and without having to experience the harshest of the consequences. It looked pretty, but it felt like such a cop-out. It actually felt like an alternate ending, forced upon Whedon and taken entirely out of his hands because the Marvel execs caved and wouldn’t let Whedon have the ending this movie deserved. This does not invalidate the awesome two hours and ten minutes that came before the ending, but it meant that we all left the cinema feeling a little flat after what was an exhilarating ride.

Seriously, go see this movie. Right now. Why are you still reading this?! 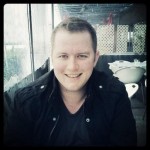