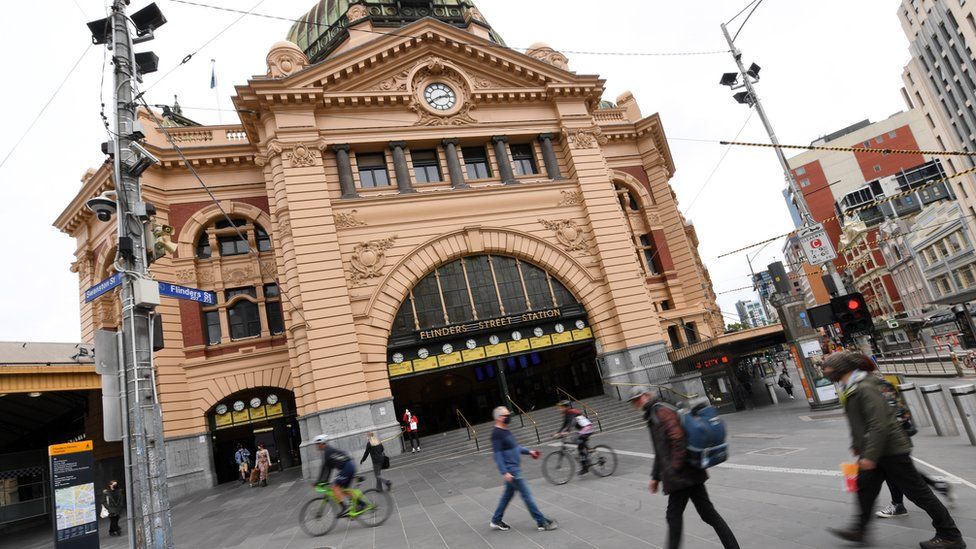 It is lockdown time, and while there are many elements of this inconvenience that affects us in many ways (not being able to see friends and family, going out for a nice dinner, even going to the cinema) – we are lucky that we live in a time where an abundance of entertainment options is at our viewing disposal!

But then comes the gargantuan task of selecting something to watch. I’m sure I’m not the only person who has spend the equivalent of a movie’s runtime trying to choose a single movie to watch, only to be left disappointed by my selection. Fear not – because I have wasted many hours scrounging through the pits and valleys of Netflix, Stan, Binge, you name it – to find 5 movies and shows that are certainly not a waste of time for you to view this lockdown!

5. The Mitchells vs. The Machines (Netflix)

If you’re the sort of person who will pass on a movie just because it’s animated – stop right there and give this one a shot! Now streaming on Netflix, The Mitchells vs The Machines is not only the best animated movie of 2021 so far, but possibly one of the best in the last decade. Follow the Mitchell family as they attempt to survive the robot-apocalypse in side-splittingly funny fashion. Equally hilarious as it is heartwarming, this film will leave a huge smile on your face long after it is over!

Everyone is talking about this show… and rightfully so because it is addictive! HBO know how to do a great crime-centered mini-series, and with Kate Winslet leading an all-star cast, Mare of Easttown is a recipe for the best kind of drama. Investing a murder in Pennsylvania, and simultaneously trying to keep her life from falling apart around her, there is plenty of tension and intrigue each episode to keep you wanting to watch what happens next. With 6 episodes now streaming on Binge, and the series finale premiering on Monday, it is one show that’s perfect for watching each night of lockdown!

I feel like not enough people have had the pleasure of viewing this movie. And with it now streaming on Binge, you should take the time to watch it… even if it is just for Daniel Craig’s remarkable southern drawl filled, tantalizing monologue about how cracking a case is like a donut hole. Knives Out is an incredibly well constructed murder mystery, with an ensemble cast for the ages, filled with intrigue, tension, twists and laughs. This is a great ‘watch-party’ title that you can text all the friends who are watching it simultaneously with you to see who can guess the killer first!

In a world where Saturday Night Live spin-offs have often failed (except for the hilarious and magnificent Will Forte vehicle MacGruber) – it’s so damn nice to see one that succeeds in spectacular fashion with the story of a US football coach travelling to the UK to help a struggling soccer team. If you are not in tears by the end of Ted Lasso’s 10-episode debut season, then I don’t know what to say. It is shockingly emotional while also leaving you in hysterics with the banter-filled dialogue. Jason Sudekis has knocked this one out of the park, and with season 2 premiering in July, there is no better time to get this one ticked off your watchlist!

I have been pestered by friends for almost 2 years now to watch Schitt’s Creek, a show about the Rose’s, a family who lose their fortune and must live penniless in a town they jokingly purchased years earlier called Schitt’s Creek. Created by father-son duo, Eugene and Dan Levy, Schitt’s Creek is now in my top 5 favourite TV shows ever made. 20-minute episodes make this show easily bingeable, and 6 seasons of content means there is a plenty of episodes to watch! Stick through the first season as it finds its footing, and you will not regret the journey that the Rose family and all the supporting characters take you through! Also, David and Patrick are the greatest on-screen TV couple ever and I will destroy anyone who disagrees with me.

Review – Army Of The Dead